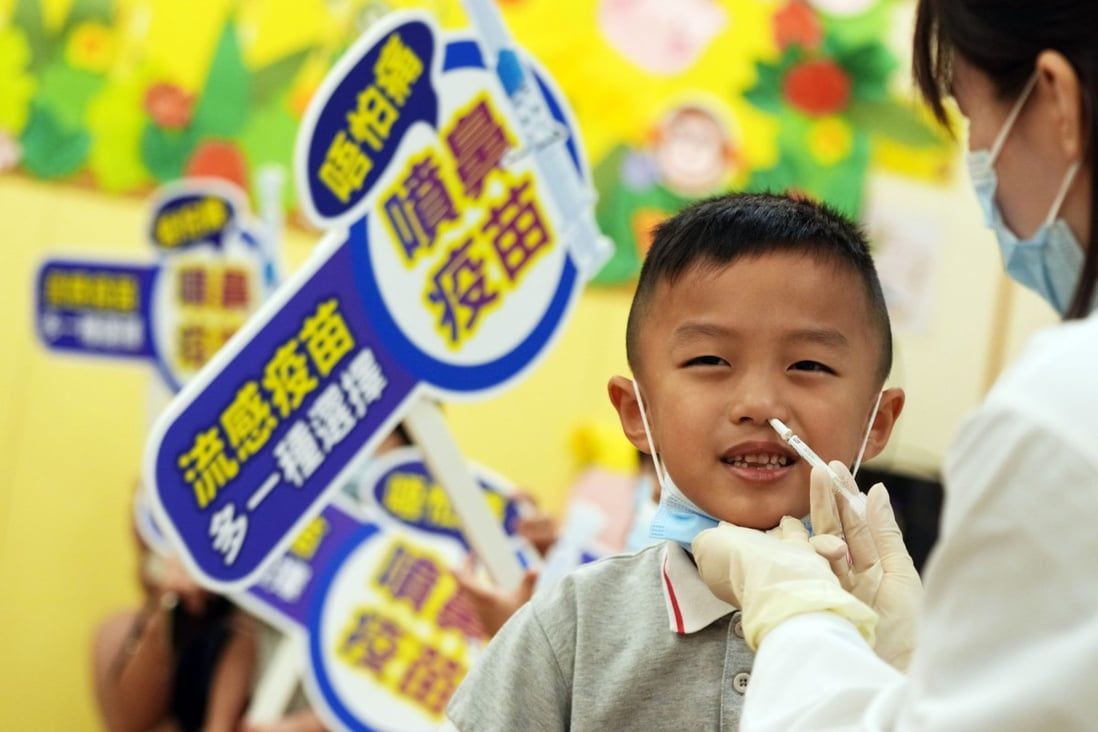 Flu outbreaks in Hong Kong this winter could be a bigger threat than the coronavirus, a government infectious diseases expert has warned.

Professor Ivan Hung Fan-ngai, chief of the infectious diseases division at the University of Hong Kong, on Sunday said that vaccination for children and the elderly against both viruses should be a priority as a surge in flu cases was expected over the next few months.

He explained a low influenza jab rate and an increase in cases of the disease arriving from overseas as the city’s anti-coronavirus restrictions were lifted could pose problems.

Hung said that the population had not been exposed to disease outbreaks that involved upper respiratory tract infections other than Covid-19 over the past two years.

“Once children are in contact with it, they can develop relatively severe symptoms and complications,” he said.

Hung explained the population’s high coronavirus vaccination rate and natural infection levels had already created a higher level of protection against the coronavirus.

“The chances of Covid-19 outbreaks are relatively small in the winter. Instead, influenza has a higher chance of outbreaks because society has low levels of antibodies,” Hung, one of the government’s pandemic experts, said.

Hung highlighted that Covid-19 after-effects could leave people more vulnerable to flu infection and increased the risk of other medical problems.

“Covid-19 has damaged patients’ upper respiratory immunity and they can be easily infected with influenza afterwards … It can be very destructive as there will be a higher chance of complications, in particular pneumonia,” Hung explained.

The specialist also appealed to the public to continue to wear masks over the next few months.

Hung said he expected more imported influenza cases after hotel quarantine was scrapped from Monday. Travellers will undergo three days of medical surveillance at home or in a hotel, with limited movement around the city. 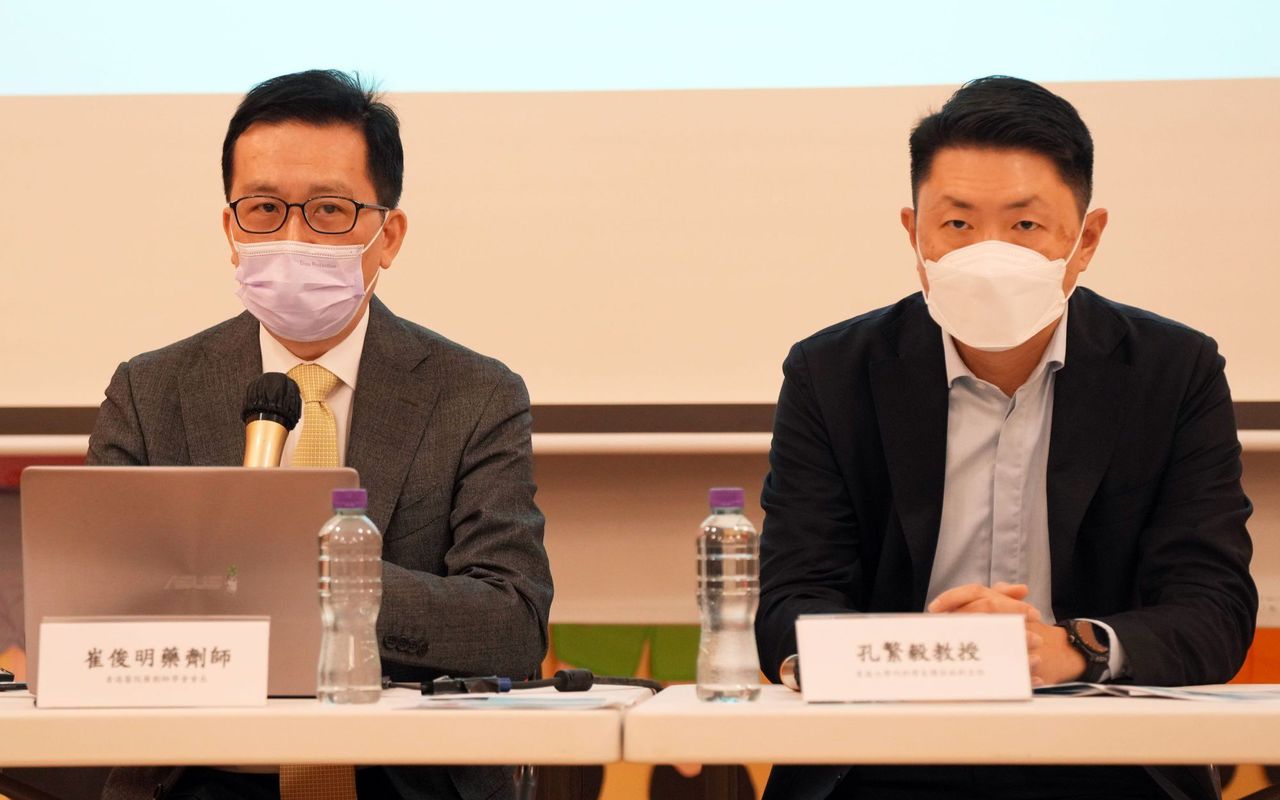 (L-R) William Chui. president of the Society of Hospital Pharmacists, and Professor Ivan Hung of the University of Hong discuss the likelihood of flu major outbreaks this winter and the need for vaccination.

William Chui Chun-ming, the president of the Society of Hospital Pharmacists, added vaccines against the flu and Covid-19 could be given to children at the same time on different arms without causing stronger side-effects, a view backed by experience overseas.

Chui said flu vaccines delivered through the nose by schools could be used to increase the inoculation rates among children.

He explained nasal vaccines could be used on children who were aged at least two, except for youngsters aged between two and four with asthma and those who had weakened immune systems.

“Nasal vaccines can facilitate or enhance the vaccination rate in terms of convenience and painlessness,” Chui said.

The government will launch the seasonal influenza vaccination programme for schools on Thursday, with 282,000 injections and 24,000 nasal doses available free of charge.

Around 720 kindergartens and child care centres and 460 primary schools have signed up for the scheme.

Chui said there were not enough needle-free doses for the schools’ population, but he explained that the government would observe the education sector’s response.

He suggested the government should work with schools and increase the supply of nasal vaccines if required.

The Early Childhood Educators Association called for an increase the supply of nasal flu vaccine to kindergartens and primary schools after a survey carried by the organisation in March revealed that half of the staff involved preferred using nasal sprays for influenza inoculation.

The survey, which involved more than 150 staff, also found 65 per cent of them agreed that an increased supply of nasal vaccines by the government would increase schools’ participation in inoculation programmes.

The association explained that nasal vaccines could reduce the burden on schools as children would be less reluctant to be inoculated and the chance of injuries would be reduced.

It added that the alternative delivery method could also cut the time and number of staff needed to administer doses.

In comparison, more than 70 per cent of children aged between three to 11 have had two doses of a Covid-19 jab.