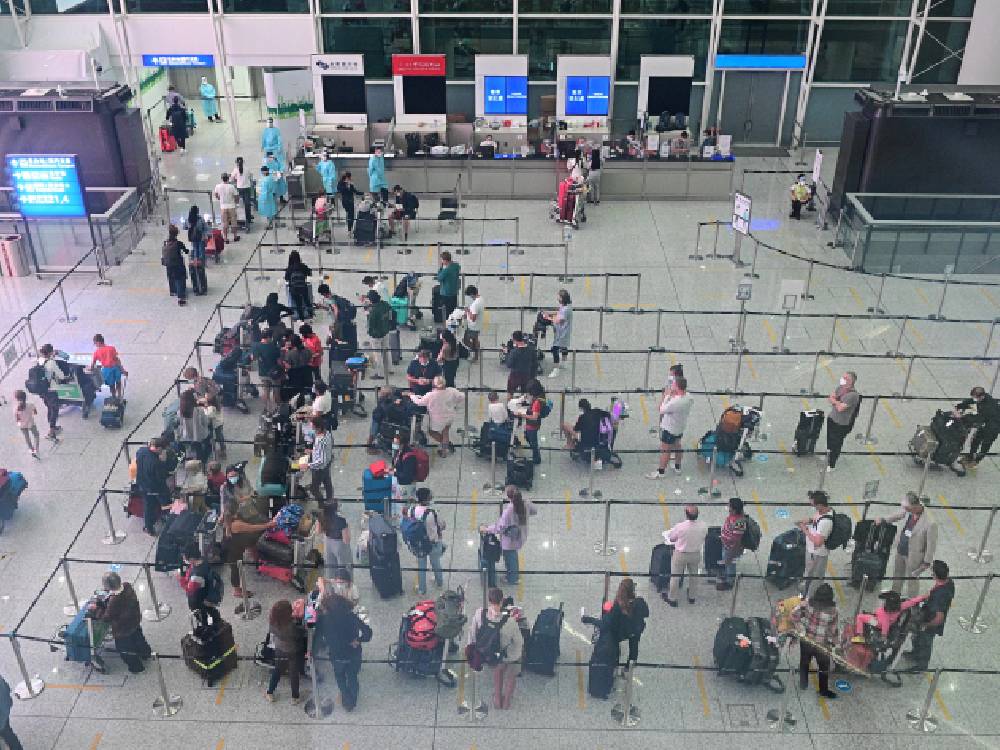 Flights from Manila and Istanbul under two airlines banned

Flights from Manila and Istanbul operated by Philippine Airlines and Turkish Airlines respectively are banned from arriving in Hong Kong until September after infection of passengers.
This comes as Hong Kong reports seven new imported cases today.

On August 27, Philippine Airlines' PR300 from Manila and Turkish Airlines' TK083 from Istanbul landed in Hong Kong. Three passengers on each of the flight were later confirmed with Covid-19.

It triggered a suspension of flights from August 29 to September 11.

As for the seven imported cases, they involve three men and four women aged 23 to 68 who arrived in Hong Kong from the UK, Turkey, and the Philippines respectively.

All of them had received two doses of the Covid-19 vaccine.

One of them is a 68-year-old male patient who lives at Sunrise, Discovery Bay. He traveled to the UK on August 15. He returned to Hong Kong on August 25 by flight CX252. A sample collected on August 27 at during his quarantine was tested positive. It was found that the patient carries the L452R mutant strain but does not carry N501Y or E484K mutant genes.

As a prudent measure, the building where he resided and the places he had visited during the incubation period had been included in a compulsory testing notice.

The CHP is also investigating a re-positive overseas case of Covid-19 carrying the L452R mutant strain which involves a 29-year-old female patient.

She traveled to the UK, Spain and Portugal since end of June and returned to Hong Kong on August 19 by flight EK384.

She stayed in a designated quarantine hotel from August 19 to 25 and then lives at 208, Shek O Village, Shek O after completion of her hotel quarantine.

Her specimen collected on August 27 at a community testing centre was tested positive.

According to information provided by the patient, she developed symptoms in early August and was tested positive in Portugal.

She underwent self-isolation and was tested negative prior to departure in Portugal. She has been asymptomatic all along after returning to Hong Kong. She was classified as a re-positive overseas case.

Those who live in the building where she resided in Shek O Village and places she had visited during the incubation period had been included in a compulsory testing notice.
#COVID-19  #vaccine  #Covid
Add Comment