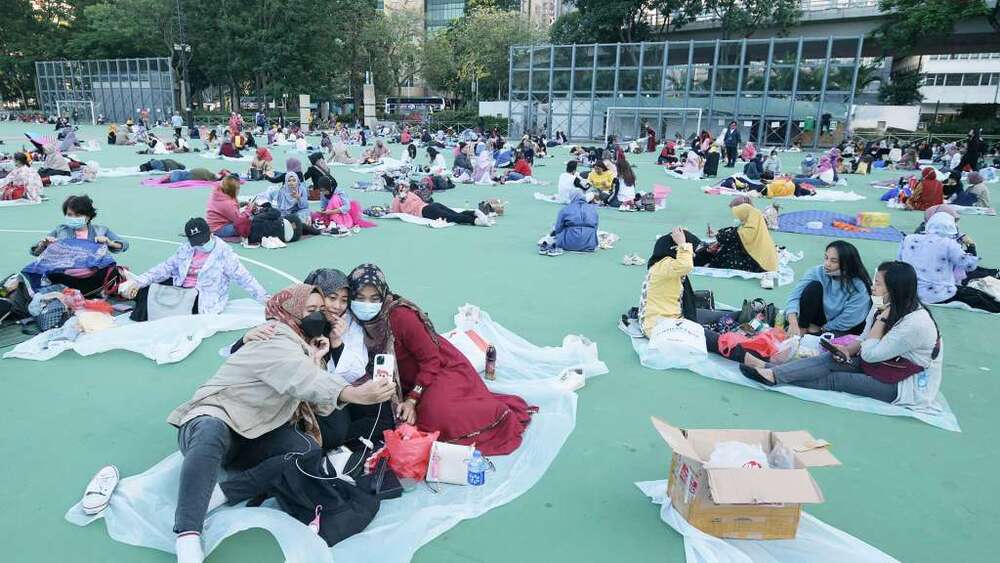 Over 1,000 domestic helpers from the Philippines are greatly affected by flight cancellations and are delaying their arrival here by at least two weeks, according to employment agencies.
This came as the government yesterday banned Cebu Pacific Air flights from Manila from landing starting from yesterday to January 12.

Hong Kong Employment Agencies Association chairman Cheung Kit-man said most helpers planning to come in the coming two weeks will have to cancel travel plans, and more than 1,000 helpers will delay their trip.

Thomas Chan Tung-fung, chairman of Hong Kong Union of Employment Agencies, said agencies and employers were in a panic after hearing of the flight ban, and had to quickly secure another flight for helpers.

He expected flight ticket prices to increase, as Cebu Pacific Air is one of only three airlines flying between the Philippines and Hong Kong, the others being Cathay Pacific and Philippine Airlines.

If employers fail to secure another ticket, the booked quarantine hotel room for their helpers may also be affected, he said.

"Securing a quarantine hotel room is more troublesome than flight tickets, because the hotel may not arrange another room for helpers if they cannot arrive in Hong Kong on time," Chan said.

"The room that the employer worked so hard to secure has 'gone up in smoke'."

The government yesterday banned it after three passengers on flight 5J272 tested positive upon arrival on Wednesday.

Another two airlines - Finnair flights from Helsinki and Turkish Airlines flights from Istanbul - were also banned.

Chan also said the SAR would soon announce details for a fourth quarantine hotel for helpers.

He said the city will be expecting huge demand for quarantine rooms after Penny's Bay quarantine center stops taking reservations for helpers from Monday, with officials saying it will be reserved for Omicron-related cases.

The government also said on Wednesday that the Regala Skycity Hotel on Lantau would become the third quarantine hotel for helpers, providing 1,138 rooms for HK$750 per night.

But Chan said as Regala Skycity rooms are HK$480 more expensive than those at Penny's Bay, this would increase the burden on employers.

Meanwhile, it is understood that the government will extend its contract with quarantine hotels from three months to five months as more Hongkongers are returning during the New Year holiday.

The government also said it would continue to provide free Covid-19 tests for high-risk groups, including airport and quarantine hotel workers, and public school teachers if they cannot get vaccinated due to medical reasons.

The free testing arrangement will be available until the end of next month, the government said.
#COVID-19  #Covid
Add Comment