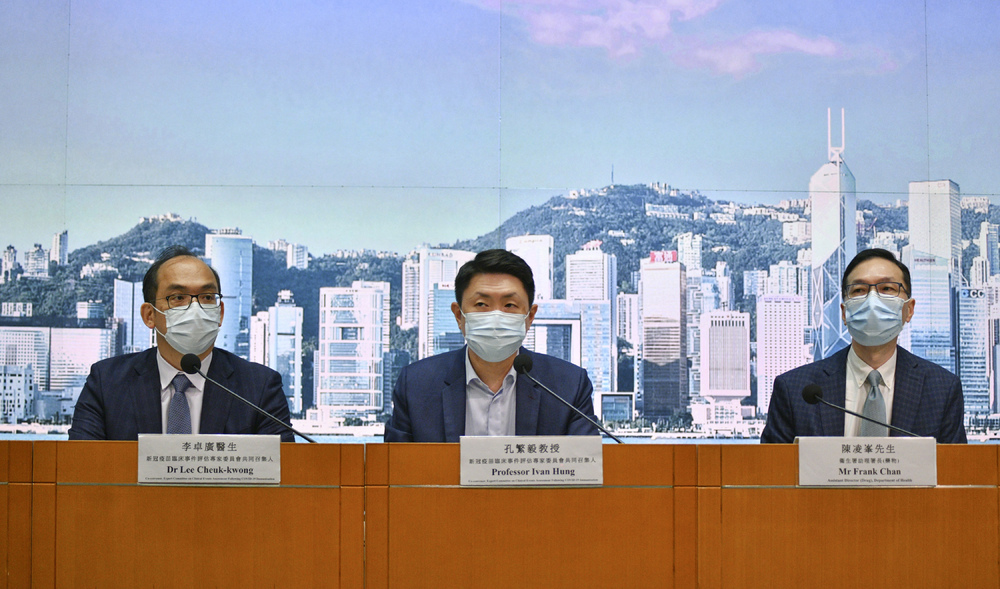 An expert panel believed five more deaths and one critical case staying at an intensive care unit after their Sinovac inoculations were not directly linked with the Covid-19 vaccine.
The experts also reported two cases of Bell’s Palsy facial paralysis but cannot establish their causal relationship with the Sinovac vaccination.

It also reviewed the death of two men, 80 and 67 passing away last Saturday after getting their jabs on March 1 and 2, and a 63-year-old man dying on Sunday after his vaccination last Tuesday.

All of them except the 71-year-old woman had chronic disease.

Apart from the 67-year-old man who had a heart attack in 1994, autopsy on the other four also found them to have suffered from serious cardiovascular disease unbeknown to them.

So far, the SAR has seen seven deaths in vaccine recipients, all of whom had taken their first dose of Sinovac jab.

The expert panel last week also announced the result of preliminary investigations that the first two Sinovac vaccine recipient deaths -- a 63-year-old man and a 55-year-old woman -- are not directly linked to the deaths.

The panel’s co-covenor Ivan Hung Fan-ngai said two cases of Bells’ Palsy facial paralysis have been reported in two men, 69 and 57, who also received the Sinovac jab on March 8, two and one day after their vaccinations. Sources said the younger is a cross-border driver.

“Overseas examples showed Bell’s Palsy related to vaccines usually surfaces four to eight weeks after inoculations, so we are not sure if these two cases are related to that,” he said.

On a critically-ill male recipient, 51, staying at Queen Elizabeth Hosptial intensive care unit, co-covenor Lee Cheuk-kwong said he took the jab on March 3 and was admitted to the hospital on March 8 due to a heart attack.
#COVID-19  #vaccine  #Covid  #Vaccines
Add Comment