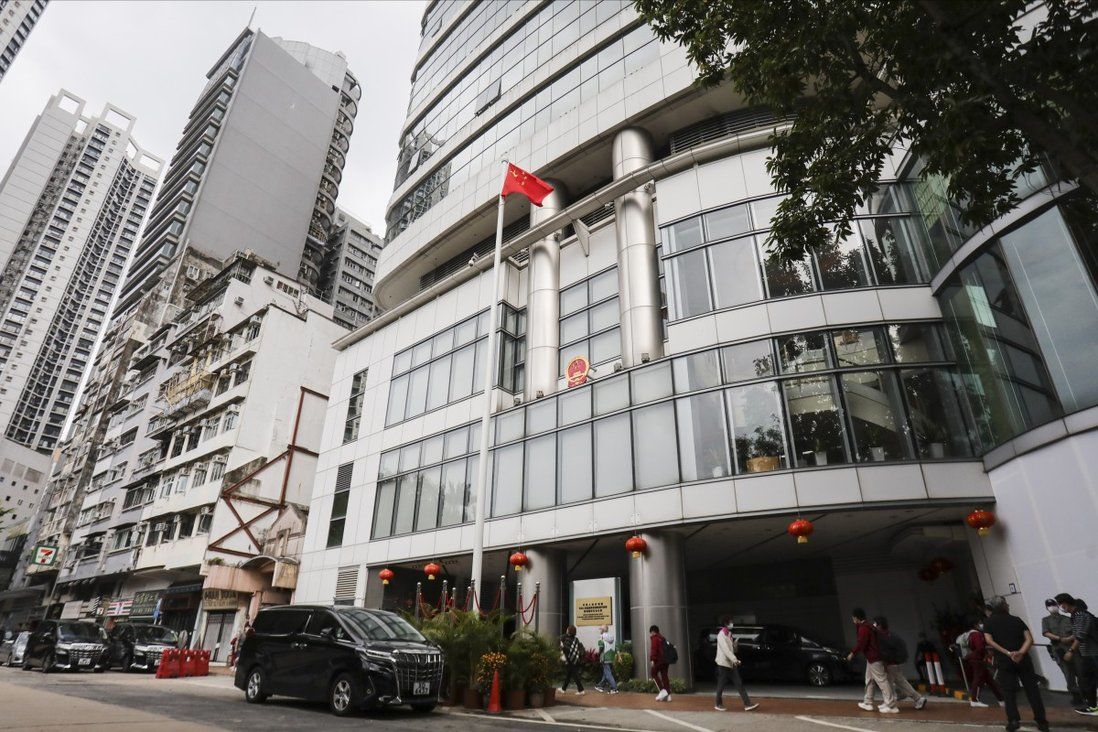 Three of the five suspects were scooped up in a series of Thursday morning raids as part of an operation against the student group known as “Returning Valiant”, according to one police source. Two of those three suspects – one male and one female – were secondary school students, while the third was an unemployed man.

The other two suspects accused of violating the security law – who were also said to be members of the group – were among a group of four teenage students arrested during a Wednesday morning burglary at a Tseung Kwan O secondary school. Some of the four are understood to be students at the school in question. 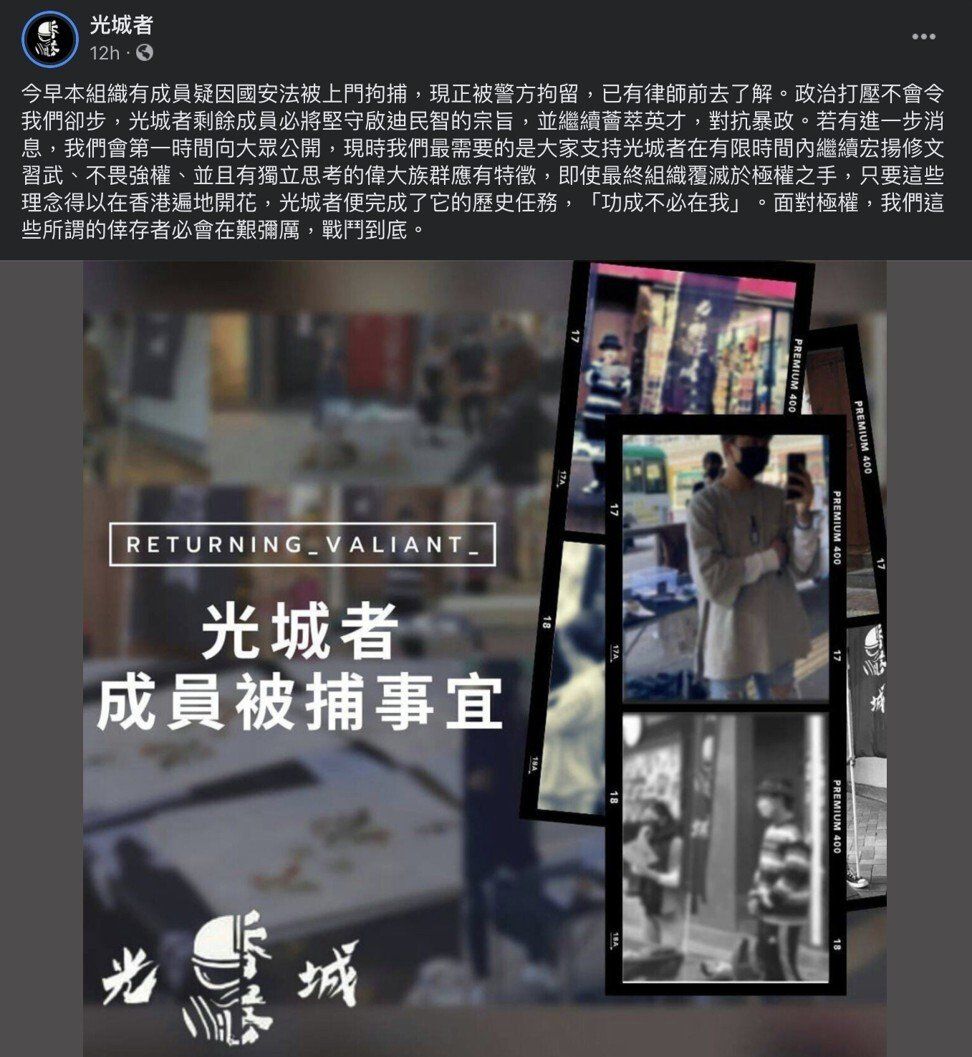 The ‘Returning Valiant’ Facebook page on Thursday confirmed the arrest of a number of its members.

“Their comments left on social media could constitute the offence of subversion under the national security law,” the source said.

He said banners and flags bearing slogans related to Hong Kong independence were seized along with an airgun at some of the suspects’ homes.

The raids were triggered by the burglary at the school, according to the force.

The source confirmed seven people had been arrested in all, with five specifically detained under the security law.

As of Thursday evening, all seven, aged 15 to 24, were still being held for questioning and none had been charged.

A post left on the Facebook page of Returning Valiant confirmed some of its members had been picked up at their homes on Thursday morning and arrested in connection with the national security law, saying lawyers were on the way to look into the situation.

“Political suppression will not deter us … We will continue to assemble talent and fight tyranny,” the group said.

So far, the police force’s national security unit has arrested more than 100 people and prosecuted 57 of them.