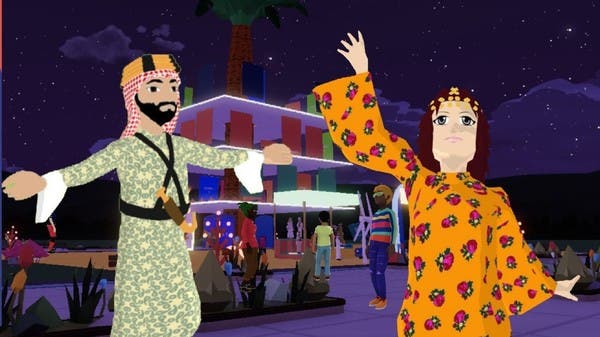 A virtual celebration for Saudi Arabia’s National Day will be held on a Metaverse platform for the first time ever.
Online festivities will include a computer-generated museum showcasing Saudi heritage from different areas of the Kingdom.

Anyone taking part can also collect a ‘Proof of Attendance Protocol’ (POAP), a digital badge that verifies that they attended the event.

It will be held on the Decentraland Metaverse platform from September 22 to 24, with National Day falling on September 23.

The event is organized by marketing agency The Bold Group in partnership with the King Abdulaziz Foundation for Research and Partnership (Darah).

“Disruptive technologies like the metaverse are the future, and we at The Bold Group aim to be a key player in that evolution,” said Ziad AbuRjaily, Creative Technology Director at the Bold Experience Unit, in a statement.

“The idea to usher the Saudi National Day, a historically traditional celebration, into the new era of technology was inspired by the challenge of convening people across the Kingdom’s 13 different regions to celebrate Saudi Arabia in one virtual space.”

Abeer Alessa, Co-Founder and Chief Executive Officer of The Bold Group, added: “We are activating the metaverse in an impactful way by paying tribute to Saudi National Day.”

“Fusing our past with our future, we are honoring the storied history of the Kingdom, preserving our heritage and displaying it with pride for people to engage within the new digital realm.”

Decentraland is a Metaverse platform built on Ethereum blockchain technology.

It allows users to purchase virtual plots of land and exchange virtual currency while playing games.

Ownership of land and other NFTs is tracked on the public Ethereum ledger.
Add Comment