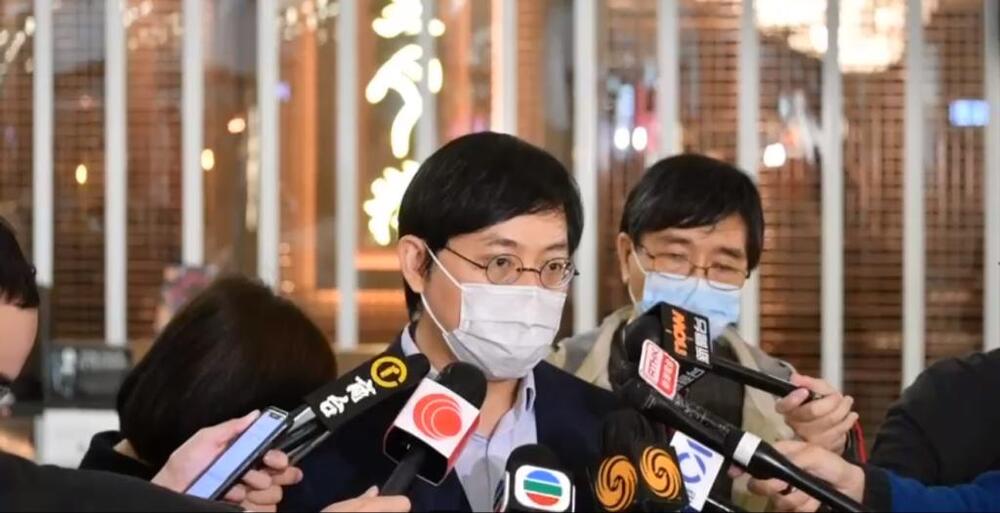 Silent transmission of the Omicron variant of Covid-19 could have started in Hong Kong communities, after authorities on Tuesday detected the first unknown source case in a man who lives in Tuen Mun.
The 42-year-old man has tested preliminary positive of Covid-19 on Tuesday and was found to carry the N501Y and T478K strains – indicators that he is most likely an Omicron case.

Preliminary investigations failed to identify his source of infection, making him the first unknown source case since the Omicron outbreak.

The man is a surveyor who lives in Tsui Ning Garden with his wife and daughter. He works in North Point.

He suffered from headache and fever on January 2, and visited a private doctor a day later where he got tested. He tested preliminary positive on Tuesday afternoon.

“It is worrying, as there can be silent transmission within the community,” said Albert Au Ka-wing, the Centre for Health Protection's principal medical and health officer.

He said one more person tested preliminary positive in the Moon Palace cluster. She was the 13-year-old daughter of a diner who lives in Ma On Shan.

The daughter was quarantined in Penny's Bay since December 31.

Seven cases have tested positive in the cluster so far. Authorities managed to reach the last six diners who visited the restaurant on the same day for quarantine on Tuesday, Au said.

After inspections, Yuen said infected diners sat at corners of the restaurant.

Coronavirus from the index case of the cluster, a Cathay Pacific aircrew, could have spread by seeping through gaps of partitions erected inside the restaurant. They could be trapped at corners where air was stagnant.

Air ventilators were installed close to the ceilings, and they may not be able to kill viruses near the floor, he said.

The expert called upon people not to dine out when they feel sick.

“The aircrew had headache and diarrhea the day he went out,” he said.
#Coronavirus  #COVID-19  #Covid
Add Comment