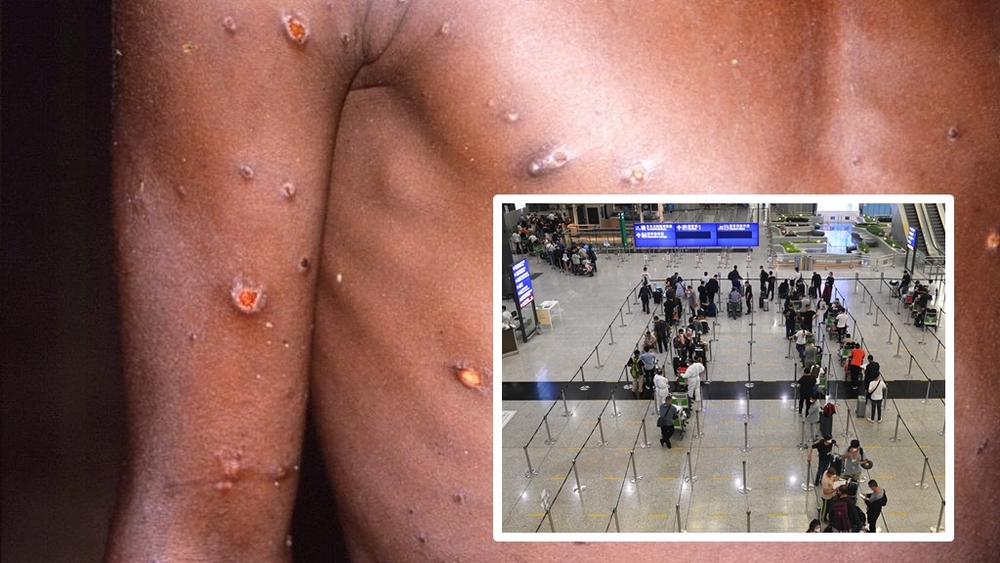 Hong Kong has recorded its first suspected case of monkeypox with a young man that arrived in Hong Kong on Monday and exhibited symptoms of the viral disease, according to sources.
It is understood the man was brought to Queen Mary Hospital in Pok Fu Lam, with health authorities still waiting for confirmation on his test results.

The SAR government said earlier that it is finalizing negotiations with a vaccine manufacturer for the first shipment of the monkeypox vaccine to arrive in Hong Kong within this month.

The government statement said preparations have been well on track to handle any imported cases of monkeypox as well as any possible local outbreak.

Besides the purchase of the vaccine, authorities have arranged to reserve facilities for the quarantine of close contacts of confirmed monkeypox cases, said a government spokesperson.

The statement said that Hong Kong has not recorded any confirmed human monkeypox infection cases so far, while the World Health Organization has recently noticed signs that the monkeypox epidemic in some areas, such as Europe, has eased.

However, the statement noted that the government will continue to be on guard against local transmission of the disease.

“Infection control experts in the Hospital Authority have reviewed the public hospitals’ preparedness to manage monkeypox patients… [and] has formulated a contingency plan.

“[The] CHP plans to arrange monkeypox vaccination on a voluntary basis for close contacts of confirmed cases to prevent the onset of disease, as well as pre-exposure prophylaxis for persons at high risk of exposure, such as healthcare workers responsible for caring for monkeypox patients, laboratory staff, animal care personnel and any other high-risk groups in the community when there is a documented transmission chain.” The statement read.

Most cases of monkeypox are mild and clear up on their own within a few weeks, although around a dozen deaths have recently been reported worldwide.