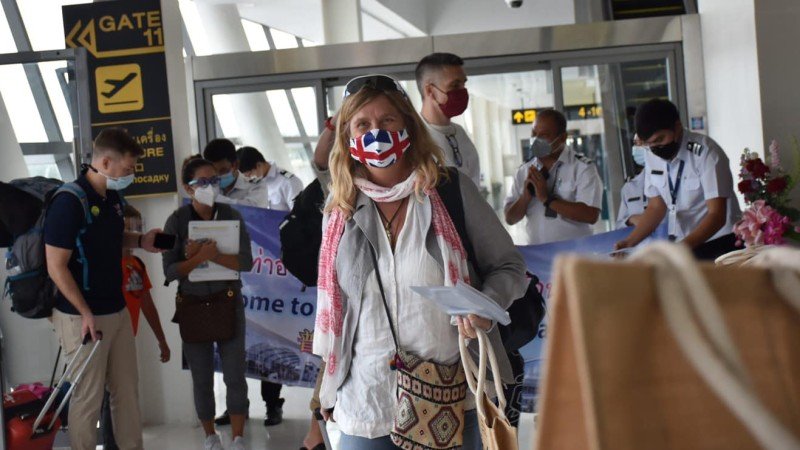 The first direct flight from Hong Kong since the Phuket Sandbox scheme launched on July 1 touched down on the island earlier today (Aug 10).
Cathay Pacific flight CX771 from Hong Kong landed at Phuket International Airport at 10:40am to be greeted by water cannons and the p[assengers disembarked to receive a warm welcome by Airports of Thailand (AoT) staff and the officials from the Tourism Authority of Thailand (TAT).

According to the latest Phuket Sandbox Daily Report issued by the TAT for yesterday (Aug 9), 18,654 people have arrived in Phuket under the scheme since July 1. Among those, 52 have tested positive for COVID-19.