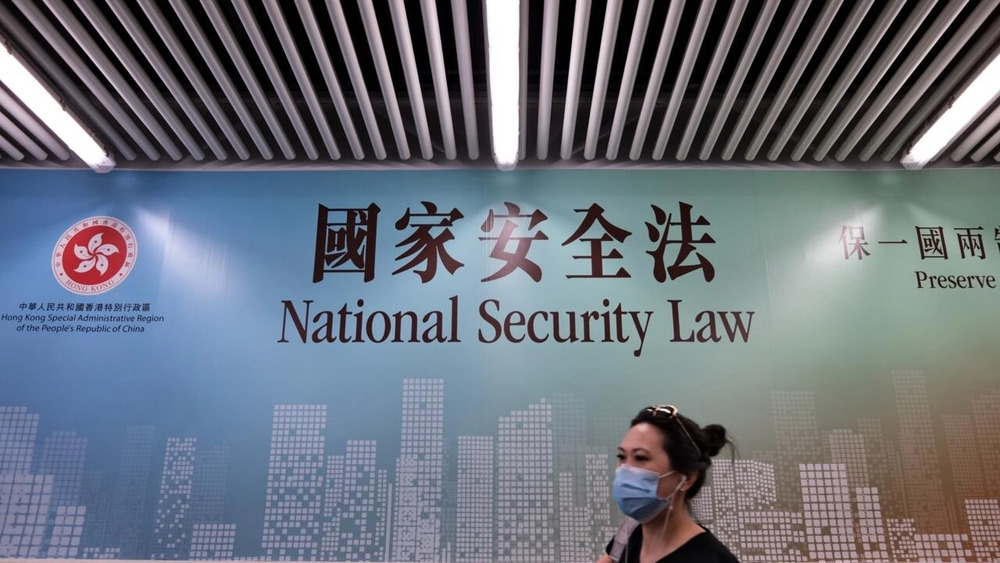 The first minors convicted under Hong Kong's national security law were Saturday sentenced to detention in a training centre by a judge who said their calls to overthrow China's government must be met with deterrence.
A 16-year-old girl and three 17-year-olds were members of a little-known pro-independence group that called itself "Returning Valiant" and promoted a violent uprising against China at street booths and on social media last year, the court heard.

They were charged with "conspiracy to incite subversion" under a sweeping national security law that Beijing imposed on the city to stamp out dissent after huge and sometimes violent democracy protests three years ago.

On Saturday, judge Kwok Wai-kin said the defendants' message could have turned peaceful demonstrators violent -- even though he conceded there was no direct evidence of anyone being incited.

"Even if one person is incited, Hong Kong's stability and residents' safety could have been greatly harmed," Kwok said.

The four teens, which AFP has chosen not to name because of their age, all pleaded guilty last month alongside fellow defendant Kwok Man-hei, 19.

All five were sentenced to up to three years at a training centre, a rehabilitation-focused detention facility which can be a sentencing option for teens aged 14 to 20.

In a previous hearing, prosecutor Stella Lo said the group spread its messages outside busy railway stations, gave press conferences and held online broadcasts over the span of four months.

The defendants cited the French Revolution and Ukraine's struggle for democratization over the past decade to support their cause, the court heard.

Flyers handed out by the group also quoted the Chinese Communist Party's Mao Zedong saying that "revolution is not a dinner party" and is instead "an act of violence by which one class overthrows another," Lo added.

Some of the teenagers were still at school when they were arrested.

The case also involves two adult defendants, whose sentences will be decided separately next month.

Most have already spent a year in pre-trial detention, after new rules introduced by the security law made it more difficult for suspects to get bail.

The national security law states that any person who incites subversion must be sentenced to between five and 10 years in jail if the case is of a serious nature.

But prosecutor Anthony Chau said sentences under the National Security Law must have a deterrent effect.

Defence lawyers argued that the door should be left open for the defendants to be given more lenient sentences, given the typical discount of pleading guilty.

Hong Kong's once-popular democracy movement has been dismantled by both by the security law and by prosecutors deploying a colonial era sedition law.

More than 210 people have been arrested under the law, with nearly 130 formally charged, mostly for political views and speech.

Authorities have launched a separate terrorism prosecution against other Returning Valiant members for an alleged bomb plot, with police accusing them of trying to manufacture the powerful explosive TATP.
Add Comment