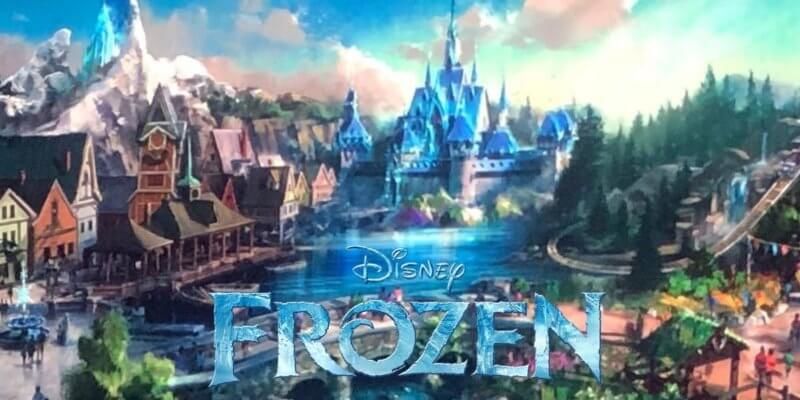 Are you ready to “Let It Go?” — or maybe you just cannot wait to “Travel Into the Unknown”? Well, it looks like Guests will soon be able to do so at the new Frozen land coming to Hong Kong Disneyland as another construction milestone has been hit! 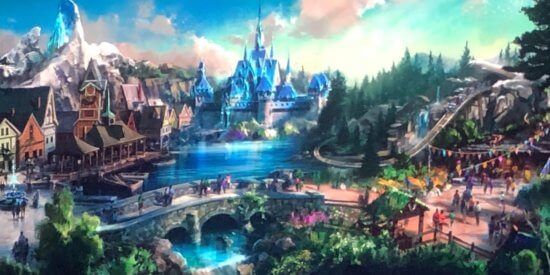 Guests have been anxiously waiting for the day they can step foot inside Arendelle as part of the Frozen-themed land coming to Hong Kong Disneyland. And, as construction continues on Arendelle: World of Frozen, that day will be here before we know it! 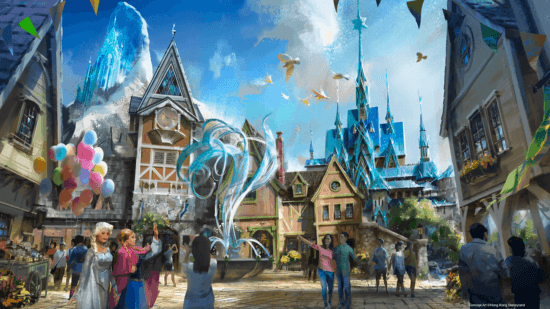 In case you aren’t familiar, the highly-anticipated Frozen land was first announced in 2016 and will be home to a stunning atmosphere, unique attractions, and may even allow Guests to bump into some favorite characters from the record-breaking film including Elsa, Anna, Olaf, and more.

It wasn’t long ago we reported that certain aspects of the Frozen land are beginning to take shape — Including Arendelle’s mountain range, which Guests can see from Main Street, U.S.A.!

Now, the mountain range has hit another milestone as the rockwork concrete has been applied and the North Mountain is beginning to take shape. Per HKDL Fantasy:

HKDL Fantasy also shared a handful of photos that show the structure of the North Mountain in Arendelle continuing to ride:

The structure of North Mountain at “Arendelle: World of Frozen” continues to rise.

At this time, we do not have a set opening date for Arendelle: World of Frozen, but it is exciting to see the structure of the North Mountain continuing to hit milestones! As construction moves forward, we here at Inside the Magic cannot wait to see this land once it’s complete, and we will continue to update you as we get information regarding this new land.

What can Guests expect from Arendelle: World of Frozen? 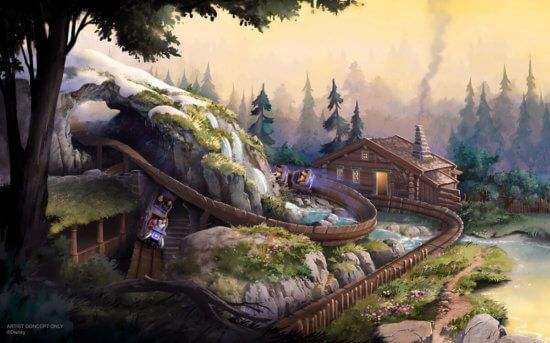 One aspect of the land that Guests are looking forward to is experiencing the Wandering Oaken’s Sliding Sleighs roller coaster. This ride will take Guests on a journey through Arendelle after they pay a visit to Oaken’s famous store.

During the announcement of the Frozen roller coaster in August at the D23 Expo, Bob Chapek spoke on his excitement of the land, saying: “Soon Guests will be able to visit the kingdom of Arendelle with all of its sights, sounds, cuisines, and traditions.”
Frozen Ever After 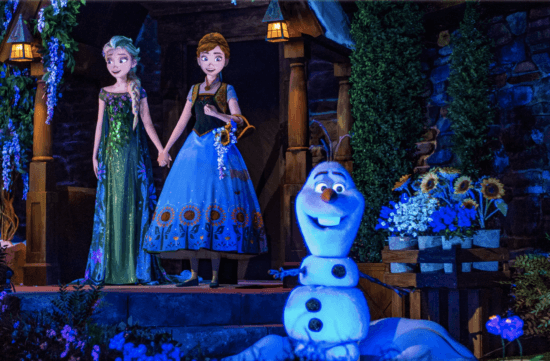 In case you aren’t familiar, Disney World describes this attraction as:

Find a seat aboard your boat and let the lapping waters take you through a frozen willow forest.

Soon, you’ll be rubbing shoulders with some “boulders”—a.k.a. Kristoff’s family from Troll Valley—before bracing for the cold.

High up in the icy blue world of the North Mountain, Queen Elsa’s enchanting ice palace awaits. Behold the wonder… and keep an eye out for Anna, Olaf and a few more Frozen friends.

This enchanting “Summer Snow Day” celebration—complete with many of your favorite Frozen tunes—is sure to melt even the coldest hearts! 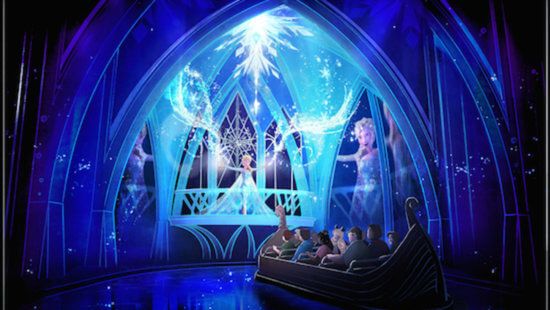 Arendelle: World of Frozen was first announced on November 22, 2016, when the Walt Disney Company and the Hong Kong Government announced their plans for the multi-year expansion.