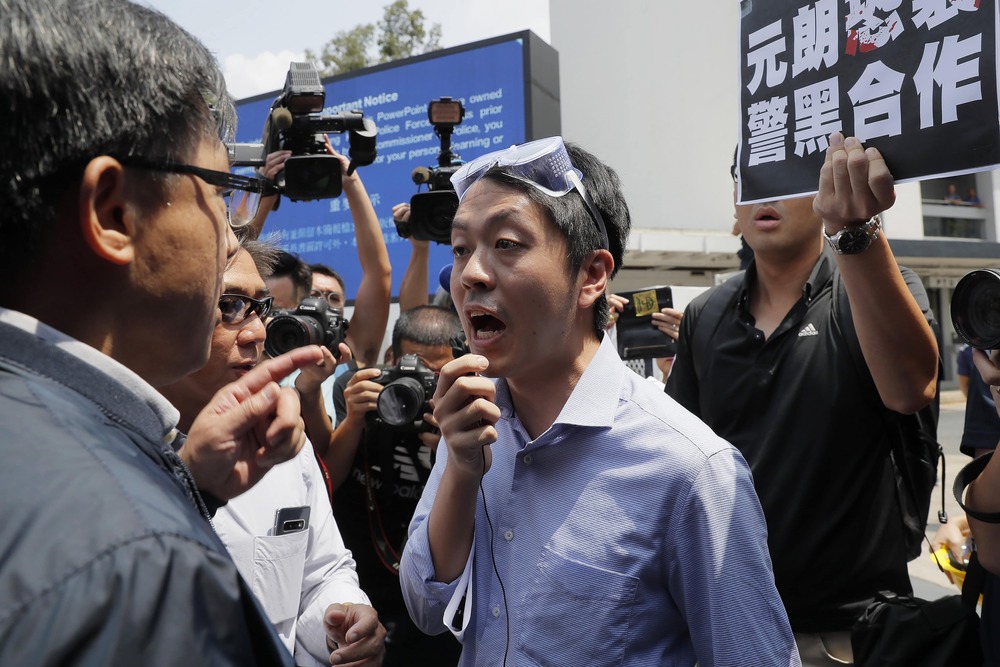 A man and a woman on Tuesday became the first Hong Kongers convicted for supporting a local election boycott in online posts, the latest court verdict to curtail certain political freedoms in the city.
Salesman Chan Kin-man, 36, and office assistant Alice Leung, 65, were both sentenced to two months in jail with 18 months of suspension respectively by a magistrate in Hong Kong after pleading guilty to "inciting others" not to vote, or to cast invalid vote.

Ahead of the poll last December, authorities made it illegal to encourage anyone to boycott the vote or spoil their ballot.

Chan and Leung were arrested shortly before polls opened for reposting a Facebook appeal by Ted Hui, a former opposition lawmaker living overseas, who called on Hong Kong voters to "cast a blank vote to resist the unjust system".

Although casting a blank vote is not an offence in Hong Kong, principal magistrate Bina Chainrai said in court Tuesday that Hui's post was illegal because "it's more than just asking people to cast blank votes, he was asking people to... express dissatisfaction of the government".

Under Beijing's new rules, only "staunch patriots" are allowed to stand for office.

All candidates had to be vetted for political loyalty, meaning the city's traditional pro-democracy opposition was frozen out.

Hong Kong's anti-graft agency, the Independent Commission Against Corruption (ICAC), arrested a total of 10 people under the new law ahead of December's vote, and has charged three of them.

The third accused, Victor Chou Wing-tat, a 57-year-old garment industry worker, pleaded guilty to three counts of the offence last week and now awaits sentence in May on court bail.

Six democracy activists in exile, including Hui and another ex-lawmaker Nathan Law, are wanted by the ICAC over the offence.