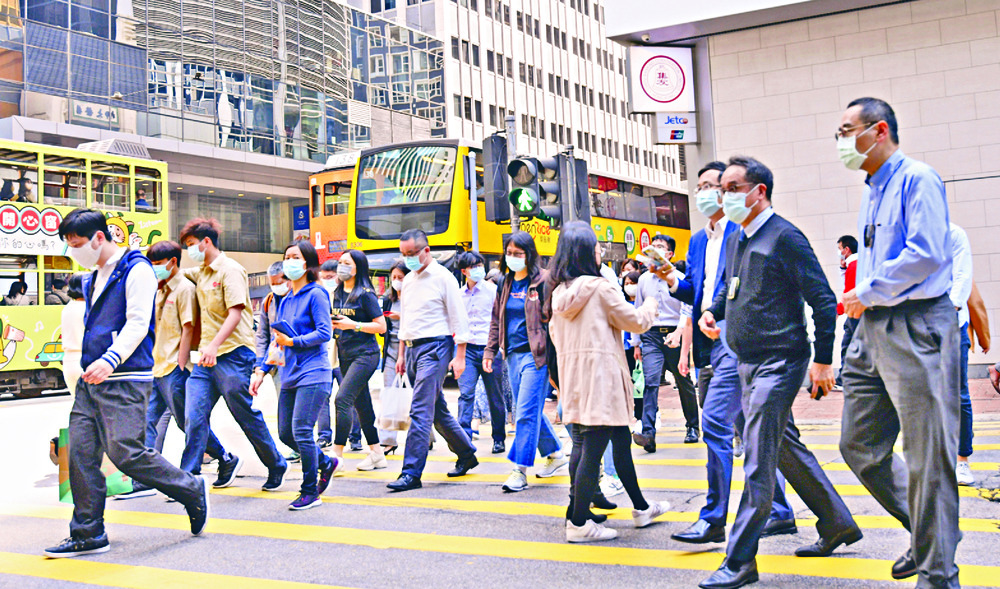 Hong Kong employers could collaborate with the government to improve workers' mental health, experts say as they warn of secondary consequences for people's mental health amid the Covid-19 pandemic.
A white paper shows that fewer than half of all patients in the region battling major depressive disorder receive the right diagnosis, with 71 percent of them suffering worsening symptoms as treatment is not tailored to their needs.

Depression affects 350 million people around the world and claims more than one million lives each year by suicide, says the study sponsored by pharmaceutical giant Johnson & Johnson and led by KPMG Life Sciences in Singapore.

"Under the pandemic, we have secondary consequences of Covid-19 - people who lost their jobs, people who have experienced grief from their loved ones, people who had to be isolated and live alone for some time," said report contributor Jayashri Kulkarni, director of the Monash Alfred Psychiatry Research Centre in Melbourne.

"Globally, we are seeing anxiety, eating disorders etc which are all mental health conditions and are something that will need to be researched on further so that the proper treatment can be given for each individual," she told The Standard yesterday.

The report - prepared by literature review and interviews of policymakers, hospitals and patients - showed that the Asia-Pacific region has disproportionately higher rates of mental illness.

Chris Hardesty, the KPMG healthcare and life sciences director who led the study, said the Hong Kong percentage of budget allocation toward mental health as part of its GDP is one of the highest in the region.

But he recommended that employers in Hong Kong working with the government could enact "more specific policy around depression" and for the government to ensure that city health planning is inclusive of mental illness.

"We recommend Hong Kong to drive greater educational programs, for example in schools, systems to identify challenges early on for people who may have major depression. Hong Kong working hours are nearly 40 percent longer than the world average and already 30 percent of people in the workforce are estimated to have some form of depression," Hardesty said.

Kulkarni noted that more than 90 percent of people with major depression do not seek help.
#COVID-19  #Covid
Add Comment