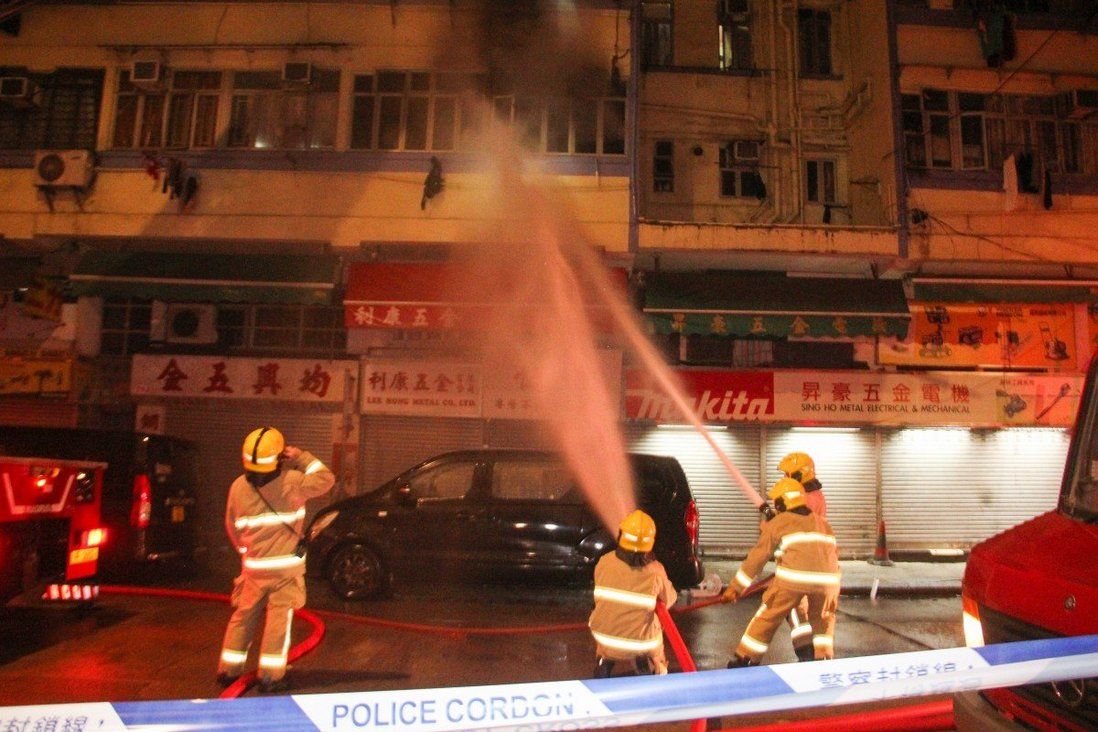 A deadly blaze at a Yau Ma Tei tenement on Saturday morning killed one man and injured more than 10, including a firefighter, prompting an investigation into its cause.

Police believed the cause of fire was suspicious and have listed the case as an arson. An investigation is under way by crime squads in Yau Tsim district.

Shortly after 5am, flames and smoke engulfed a subdivided flat on the first floor of Po Cheung Building in Reclamation Street. The building was built in 1964.

Some residents were seen waving towels from windows while waiting to be rescued.

Firefighters arrived upon receiving several reports and rescued 47 residents, while 17 others evacuated the block on their own. The Fire Services Department said a 53-year-old man was found unconscious near the door of the flat concerned and was later certified dead. A total of seven men and six women, aged 13 to 68, were rushed to hospital after inhaling smoke. 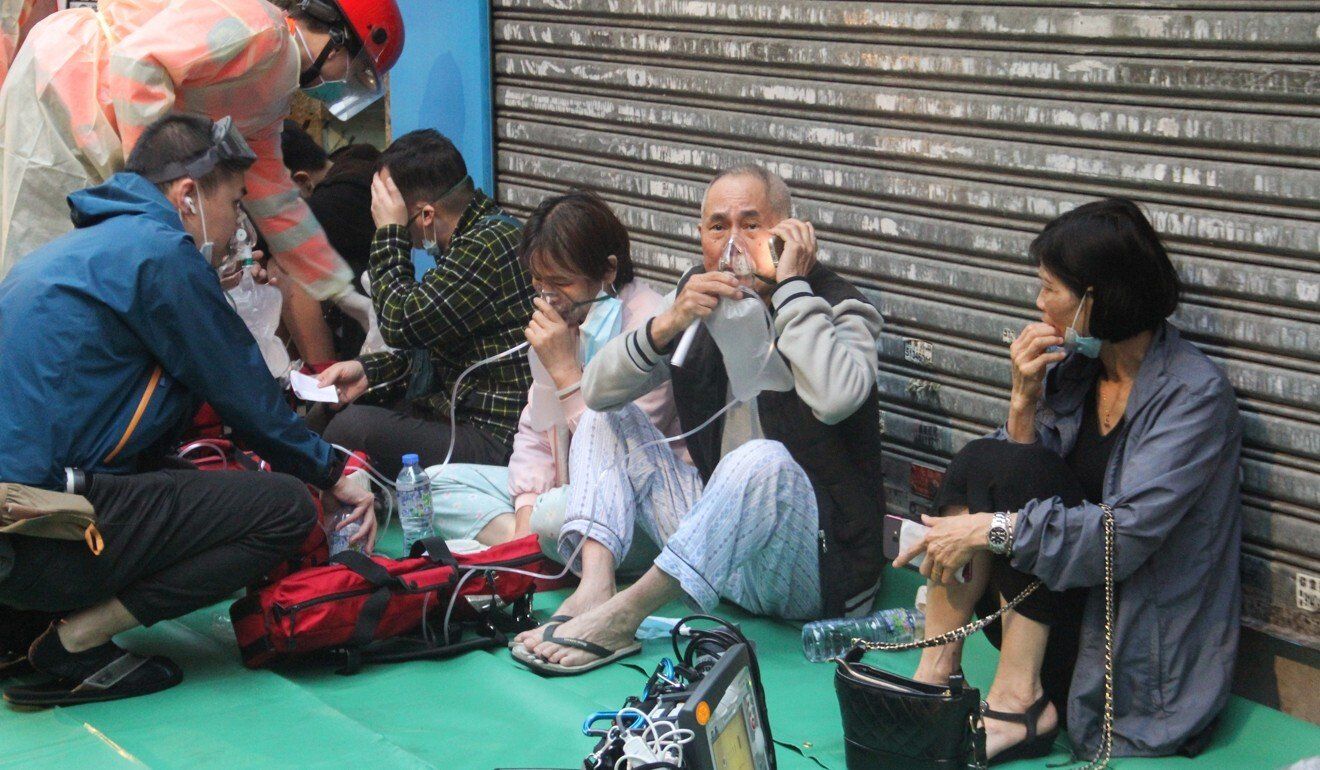 A total of 13 people were sent to hospital to be treated for smoke inhalation.

Choi Wai-fung, commander of Mong Kok Fire Station, said a task force was sent to investigate the blaze at the nine-by-five-metre flat.

“The flat was severely burnt and we need to acquire details on how many units the flat had been divided into,” Choi said. “We received a huge number of requests for help. We needed time to conduct the rescue. The fire also spread very quickly.”

He added that a firefighter had suffered burns to his leg in the blaze. He was discharged soon after he received treatment at hospital.

Fire services deployed a total of 102 people and 19 fire trucks to the scene, putting out the fire within an hour.

In response to the fire, the Yau Tsim Mong District Office set up an interdepartmental help desk at Kwong Wah Hospital for assistance and public inquiries, while a community centre nearby was opened to affected residents as a temporary shelter.

In November, eight people, including a nine-year-old child, were killed after a fire broke out in a flat suspected to be an unlicensed restaurant at a tenement block in Canton Road in nearby Jordan.

It was the deadliest fire in Hong Kong in almost a decade.