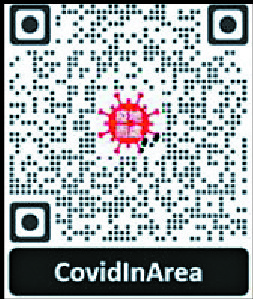 Find Covid cases around you with map app

University of Science and Technology researchers have developed and launched CovidinArea, an app that features a real-time map of Covid-19 cases across Hong Kong along with an infection-risk indicator customized to the needs of users.
Gary Chan Sheung-han of the university's computer science and engineering department led the team behind the app.

Developed over the course of just two weeks and launched on the Google Play Store and Apple's App Store one month ago, the app uses data-mining techniques that organize and display Centre for Health Protection statistics to create a "heat map" of Covid cases.

The map marks buildings with confirmed cases during the prior 14-day period with a blue dot. In areas with a high number of cases, the buildings are marked along a spectrum of colors - blue is minimal risk, green is low risk, yellow denotes medium risk and red is high risk.

Users will also be notified if they are within 100 meters of a building with confirmed cases. The personal risk level of users can also be provided on a radar chart.

Chan said location information is only used in real-time and never stored on a remote server, adding: "User privacy is ensured."

In the wake of this, three schools announced weeklong class suspensions.