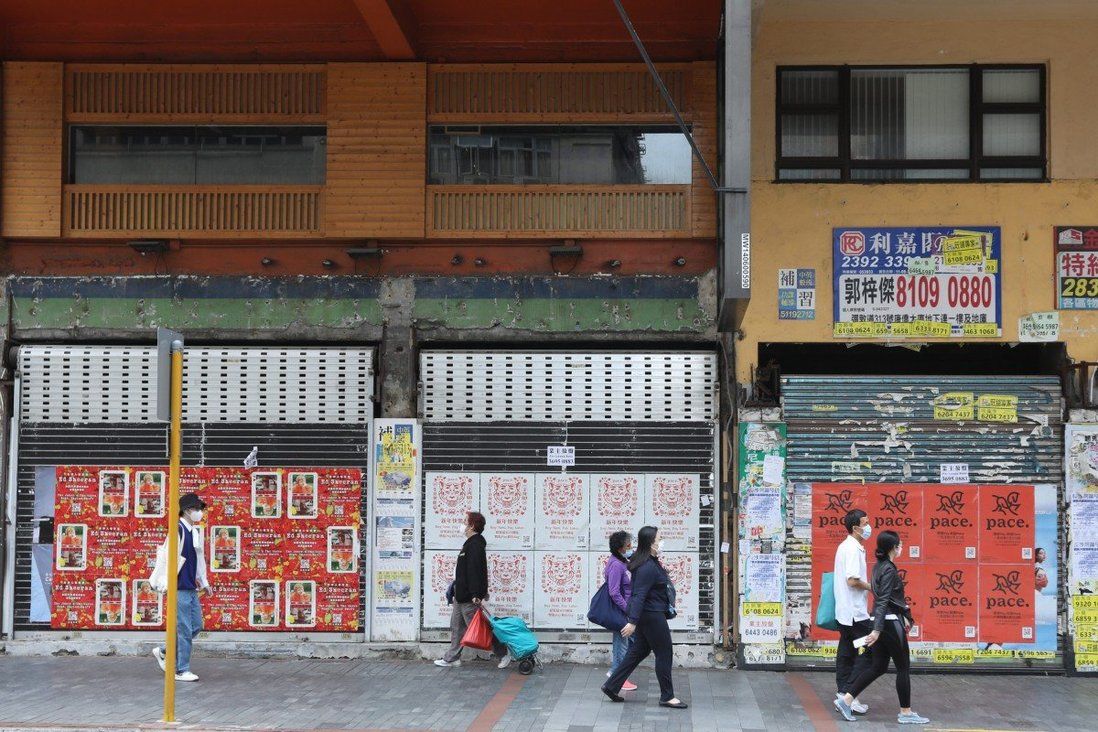 An insider said Lam became sceptical of the proposal after facing strong opposition from ‘angry’ developers and big landlords.

A rental deferment proposal by Hong Kong’s financial secretary to help struggling business tenants may be in jeopardy, as the chief executive is consulting her cabinet on whether to support or abort the controversial scheme amid mounting opposition from developers and landlords, the Post has learned.

“This proposal may not sail through the Legislative Council, as it has run into vehement opposition from developers and landlords who fear it will cause them cash flow problems. They simply want it to be scrapped,” a source said.

“There is some political infighting going on between Lam and Chan, as she thinks that the proposal will disrupt the non-intervention market principle,” the source continued. “She will have a meeting with some Exco members to gauge their views about this issue. It is a very unusual move.”

The source said that if the Exco vetoed the proposal, the planned bill would be shelved, leaving thousands of beleaguered small and medium-sized enterprises (SMEs) without a much-needed additional relief measure to ease their financial woes amid the city’s raging fifth wave of coronavirus infections. Many businesses have had to shut down temporarily under the government’s stringent restrictions.

Another insider said Lam became sceptical of Chan’s proposal after facing strong opposition from developers and big landlords, adding: “Carrie Lam is for sure not in favour of Paul Chan’s initiative.”

“Developers and landlords are very angry. They need cash flow to pay their mortgages. The proposal will only cause tenants to have pile-up debts, and if they go bust, the landlords will never get their money back.”

The Post learned that the Real Estate Developers Association of Hong Kong, whose members include all major developers in the city, had planned a special meeting to discuss its next move to pile more pressure on the government to shelve the scheme.

The insider said the city’s banks were also worried about being unable to obtain mortgage payments from property owners. 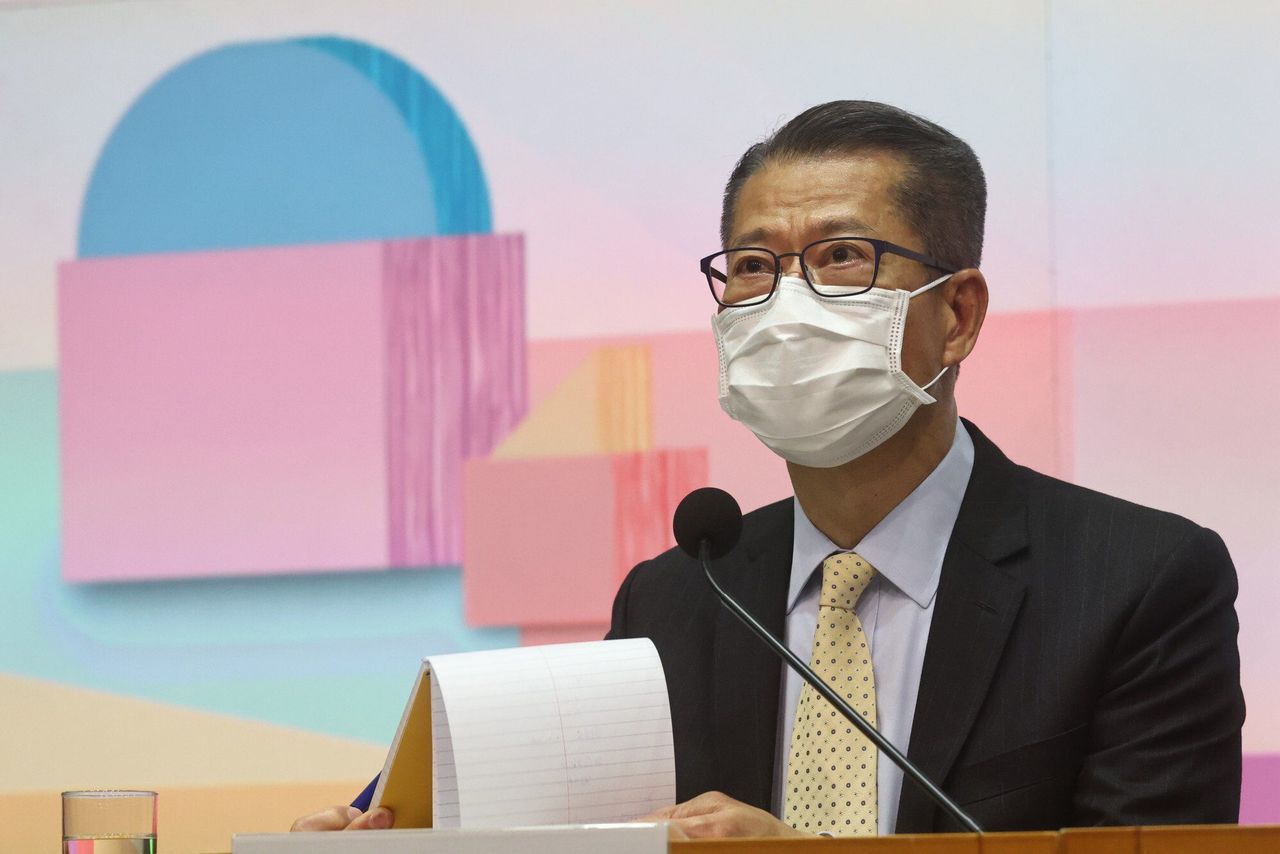 According to a paper submitted by the government to Legco’s commerce and industry panel earlier this week, the Association of Banks “as a whole” was supportive of the proposed relief for business tenants. The association had also indicated that banks would follow the Hong Kong Monetary Authority’s (HKMA) guidelines and exercise flexibility if landlords’ ability to pay their mortgages was affected by a reduction in rental income.

The Post has reached out to the Office of the Chief Executive for comment. A spokeswoman for the Financial Secretary’s Office, meanwhile, said they were working “full steam” on the proposal in accordance with legislative procedures.

“The legislation will come into effect subject to the approval of the Chief Executive in Council and Legco,” she said.

On Monday, the finance minister watered down his original proposal, halving the “protection period” during which landlords would not be able to evict tenants for failing to pay rent. In his budget, Chan had initially proposed a deferral of three months, with an allowance for an extension of equal length, for a total of six months.

The revised scheme also contains measures to help small landlords cope with any cash flow problems caused by delayed rent payments, including interest-free government loans of up to HK$100,000 (US$12,790), deferred tax collection and mortgage reimbursements to banks.

If passed into law, the proposal would prevent landlords from terminating tenancies, cutting services or taking legal action against businesses from vulnerable sectors for failing to pay their rent on time.

The initiative aims to provide landlords and tenants an opportunity to negotiate new rental arrangements. But it will not apply in instances where both parties had settled on a new tenancy agreement during the three-month “protection period”.

A government insider said Lam must have been “well aware” of the implications of the initiative, and that she could decide on a U-turn if the proposal was met by strong opposition from society at large.

The source said officials had not expected resistance from developers to derail the plan, as they believed there was a consensus that small businesses were among those most affected by the epidemic.

When formulating the scheme, the administration had obtained an assurance from the Monetary Authority that it would liaise with banks to allow flexibility in landlords’ mortgage repayments, according to the insider. 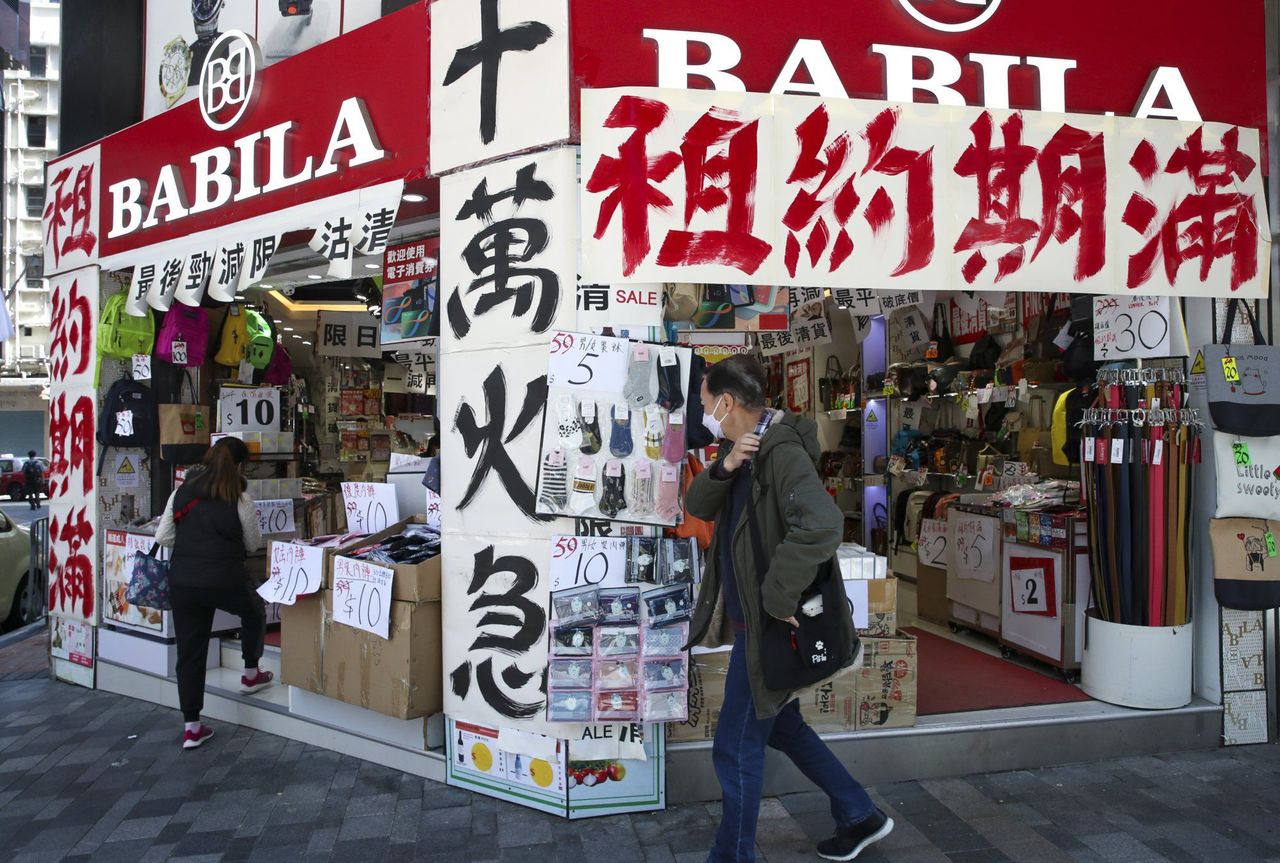 A shop advertises a closing clearance sale in Jordan in February.

A source said Chan was determined to push for the scheme to be approved, as he believed it would benefit small businesses, and “saving tenants can save developers”. The source added Chan was working with the Department of Justice to iron out the details of the legislation.

Executive councillor Ronny Tong Ka-wah, also a barrister, said on Wednesday he was not informed of any special meetings yet, but conceded that the government was caught in a dilemma.

“Shelving the whole scheme would make the government seem weak before tycoons, hence adversely affecting its credibility,” he said. “But if concerns by landlords, especially the elderly individuals, are not addressed, I will have reservations about the new legislation.”

Speaking on condition of anonymity, another Exco member noted it would not be “an easy task” for Lam to lobby against the bill, as various non-official members had openly expressed support for the measure.

One landlord, who declined to be named, told the Post that he was “100 per cent against the proposal”, saying the government loan of up to HK$100,000 was only “a drop in the ocean” compared to the unpaid rent owners would have to suffer. “The tenants can simply go bankrupt to evade their rent payment. But the landlords can’t take their tenants to the court.”

Another source close to the government said the concept of Chan’s rent protection initiative was good, but the “details were not well thought through”.

“What if the landlord, relying on rents, refused to repay their mortgage? Although Paul Chan said HKMA would introduce guidelines to banks not to press the landlords during the rent deferment period, obviously there was no prior discussion with the Association of Banks,” the source said.

“The controversial initiative should not have been announced before the details were hammered out.”

The source said the chief executive was aware of the proposal before the delivery of the budget, but might not have had full knowledge of the details. 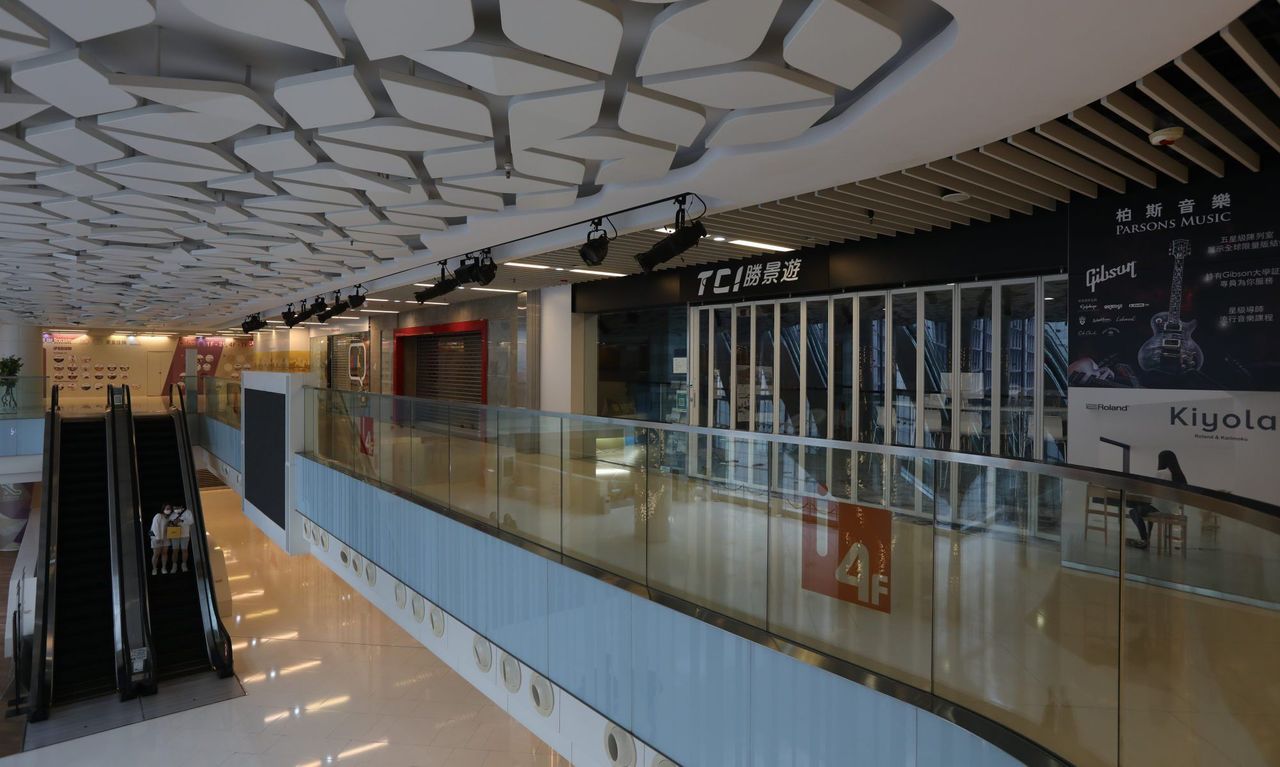 Shoppers ride an escalator in a near-deserted shopping mall in Tsim Sha Tsui earlier this month.

Lawmaker Horace Cheung Kwok-kwan, of the pro-government Democratic Alliance for the Betterment and Progress of Hong Kong, said the proposal was well intentioned, but Chan had not consulted the property sector properly before announcing it.

“I’ve also received strong opposition from various landlords who complained about why Paul Chan had to put landlords in a difficult situation. They feel they are being deprived of their financial security,” he said.

“It’s not surprising if Carrie Lam wants to seek the views from Exco members to address their concerns.”

The source close to the government did not rule out the possibility that property developers had lobbied the chief executive directly.

Another insider defended the lack of consultation before the proposal was unveiled, saying such measures had to be kept confidential early on, otherwise it would be detrimental to society’s interests if “certain sector representatives got hold of the highly sensitive information”.

Election Committee lawmaker Andrew Lam Siu-lo said that since the proposal had been discussed in Legco, with many members voicing support for it, he could not see why Exco would block it.

The Liberal Party’s Tommy Cheung Yu-yan, also an Exco member, had said a speedy implementation of the scheme could give “survival space” to hard-hit industries.