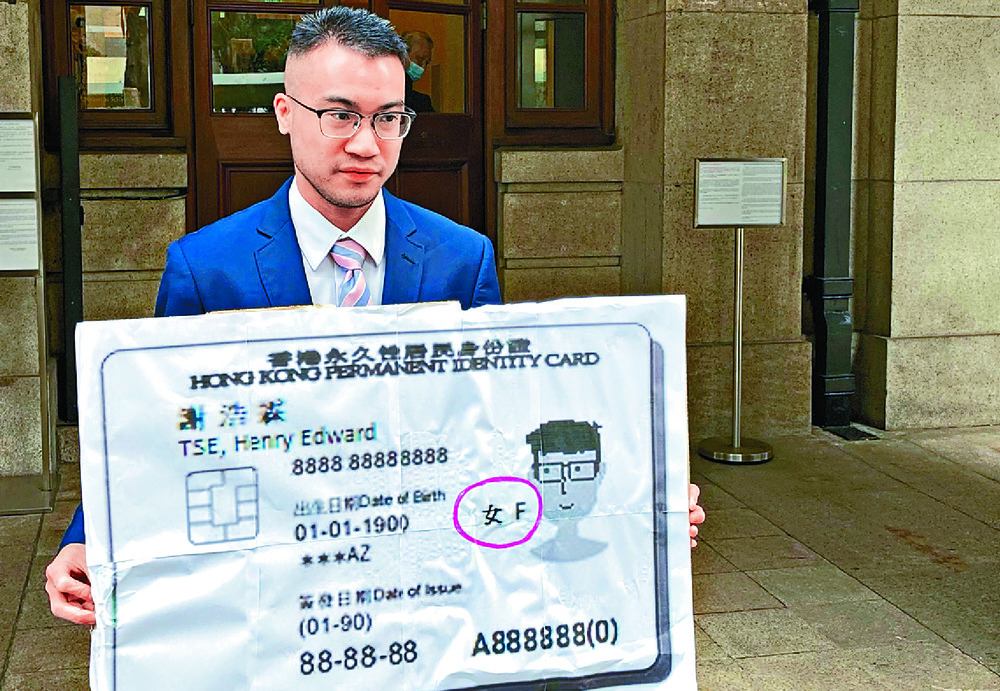 Two transgender men said they suffer "extreme indignity" when they need to explain to people why their identity documents still show them as female because they feel it is unnecessary to complete the surgical procedure before fully becoming men, the court of final appeal heard yesterday.
Tse Henry Edward, 31, and another 30-year-old, identified as Q in court, had lost in a judicial review to get the gender detail on their Hong Kong ID card changed to male.

Tse and Q, who suffered from gender incongruence growing up, have undergone hormone therapies and removal of their breasts. However, they did not have their uterus and ovaries surgically removed or had an artificial penis installed.

Their British passports have their gender as male but the Immigration Department here rejected their application to revise their female gender on their HKID card.

Their king's counsel David Pannick said the department's policy puts those who have made the transgender leap in an embarrassing predicament.

When presenting their ID cards to policemen and bank tellers, the two must explain the gender discrepancy by speaking about their private lives.

He said the department's policy has simplified transgender operations and neglected the risks of invasive surgeries.

"For example, Hong Kong does not widely adopt genderless toilets and is still splitting men's and women's rooms," he said. "Will a freer gender orientation create inconvenience in real life?"

King's counsel Monica Carss-Frisk, representing authorities, said the medical sector had yet to reach a common consensus on the definition of a transgender person.

Authorities must hold a stricter and clearer standard for a transgender male to change his gender, she said.

The court will hand down judgment later.
#Johnson
Add Comment