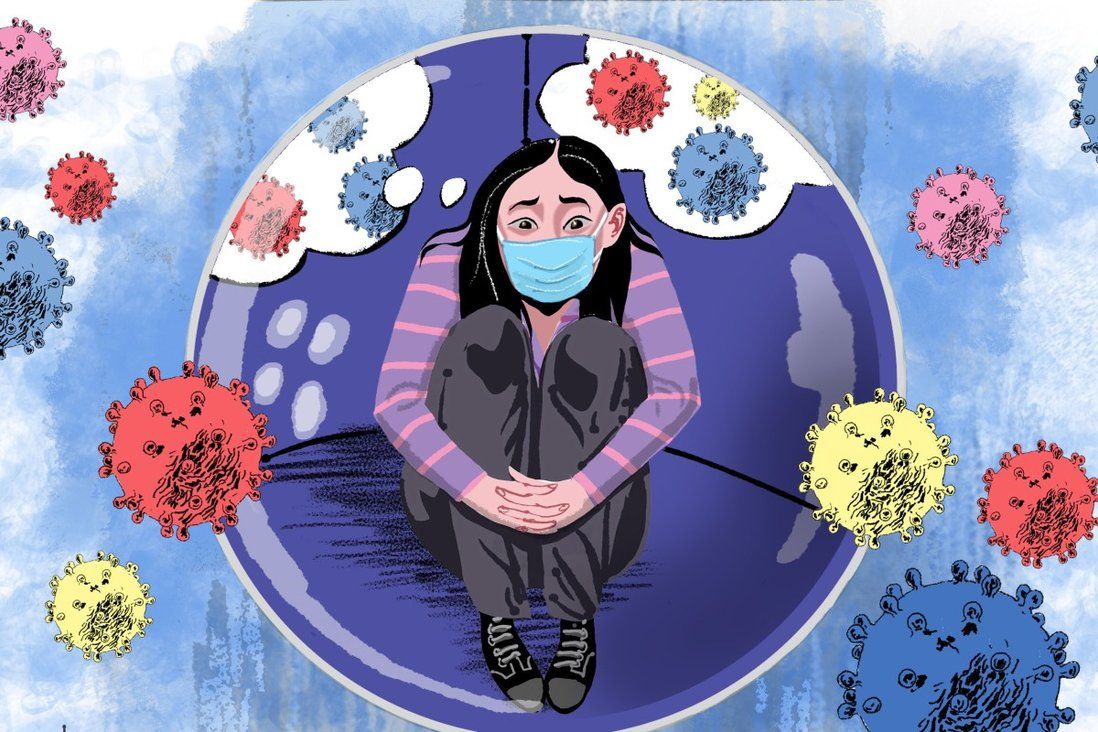 Use of the ‘Leave Home Safe’ app, hotel quarantine and policy consistency have all come under scrutiny. A well-thought-out pandemic management strategy that takes into account its medium- and long-term effects is urgently needed.

Hong Kong has imposed some of the world’s strictest quarantine rules as it targets zero Covid infections. However, the fifth wave facing the city casts a spotlight on the government’s overall anti-pandemic measures and raises questions about their efficacy, consistency and sustainability.

Let’s begin with the basics – the “Leave Home Safe” app. Does the app really fulfil its purpose? The recent outbreak stemming from the Moon Palace restaurant, where some diners are still being traced, suggests otherwise.

Since December 9 – at least two weeks before the confirmed case had lunch there on December 27 – the government has mandated stringent use of the app. Yet, when the government announced compulsory testing, six of the 207 patrons could not be located. Attempts to trace them through their Octopus card or credit card records and CCTV footage at the restaurant are still under way.

The question is whether this is a case of a technical glitch in the app or a failure by the customers to undertake the scanning requirements. If the unfavourable reviews of the app on the Google Play store – which mention problems with scanning, frequent crashes and disappearing vaccination records – are any indication, the former cannot be ruled out. In case of the latter, people sometimes evade the scanning requirements before entering venues and are overlooked by staff.

Moreover, some places such as supermarkets and public transport, do not require people to scan the app. Thus, partial execution of the scanning requirements could be as much of a drawback as an app with flawed functionality.

Recent events show discrepancies in how anti-pandemic policies are imposed. A case in point is the panic on the Spectrum of the Seas cruise ship, where nine close contacts out of the 3,700 passengers and crew on board were present.

The government arranged testing for all passengers and staff when the ship arrived at Kai Tak Cruise Terminal, but passengers were allowed to leave the terminal without their test results. In contrast, airport arrivals must wait for hours there until they get their test results, after which they are confined to their respective hotel rooms.

In the same instance, 18 close contacts on the cruise ship underwent quarantine at a government centre for four days rather than the 21 stipulated days. It is not known why they received this concession.

Similarly, the birthday party of Witman Hung Wai-man, where two guests ended up testing positive, saw more than 200 people congregating, including officials and lawmakers. This was at a time when the government was advising the public to avoid large gatherings. Here as well, fully vaccinated close contacts sent to the Penny’s Bay Quarantine Centre will be released after 14 days.

This was done on the rationale that the quarantine facilities are filling up because of the Omicron variant. The government response to this incident diverges considerably from policies that are in place for others.

Travellers to Hong Kong need to pay and face a struggle to book designated hotel accommodation. According to the latest list of quarantine hotels, the cheapest 14-day compulsory quarantine costs around HK$7,000 (US$900).

Moreover, returnees from Category A countries who might not even be a close contact to an infected case must quarantine for 21 days. Given these stringent requirements, it is unsurprising that many of those relocating from Hong Kong have attributed their move to travel uncertainties and the long, self-paid isolation requirements.

Finally, underlying all this is the question of whether the government’s strict policies are sustainable. There is still a blinkered approach in accounting for the medium- and long-term ramifications of these restrictive measures on mental health.

Although Chief Executive Carrie Lam Cheng Yuet-ngor initially rejected closing schools, saying it would hurt the physical and mental health of the children, primary schools and kindergartens have subsequently been suspended until after the Lunar New Year.

Increased social distancing measures alongside the closure of outdoor sports facilities is detrimental to mental and emotional health. Research has consistently shown that regular exercise is linked to mental well-being.

This is especially pertinent in the context of Hong Kong, where even before the pandemic, one in seven people were likely to be diagnosed with a mental health condition, according to a 2016 government report.

This has grown worse across two years of social distancing and pandemic-imposed restrictions, with a 2021 survey finding moderate to severe emotional disturbances in 20 to 30 per cent of respondents and 40 per cent reporting feeling isolated.

On the other hand, stringent quarantine requirements have contributed to prolonged periods of separation for families and the inability to see loved ones. The severe, long-lasting impact of this on the mental health of people remains unacknowledged.

Similarly, the psychological harm that isolation can cause those in hotel quarantine has received little attention. A study of quarantine hotels in Sydney found such stays were associated with increased anxiety, suicidal ideation and acute psychosis.

While Hong Kong has one of the world’s longest hotel quarantine periods, there are no concerted government efforts to alleviate the effects of extended quarantine, make special arrangements for those with pre-existing mental health conditions or provide assistance to manage post-quarantine transitions.

The current situation provides a unique insight into how well Hong Kong’s policies are working and could play a vital role in implementing future policies that reshape the existing structure of restrictions and quarantine requirements.

A well-thought-out, consistent pandemic management plan which takes into account its medium- and long-term effects is the need of the hour.