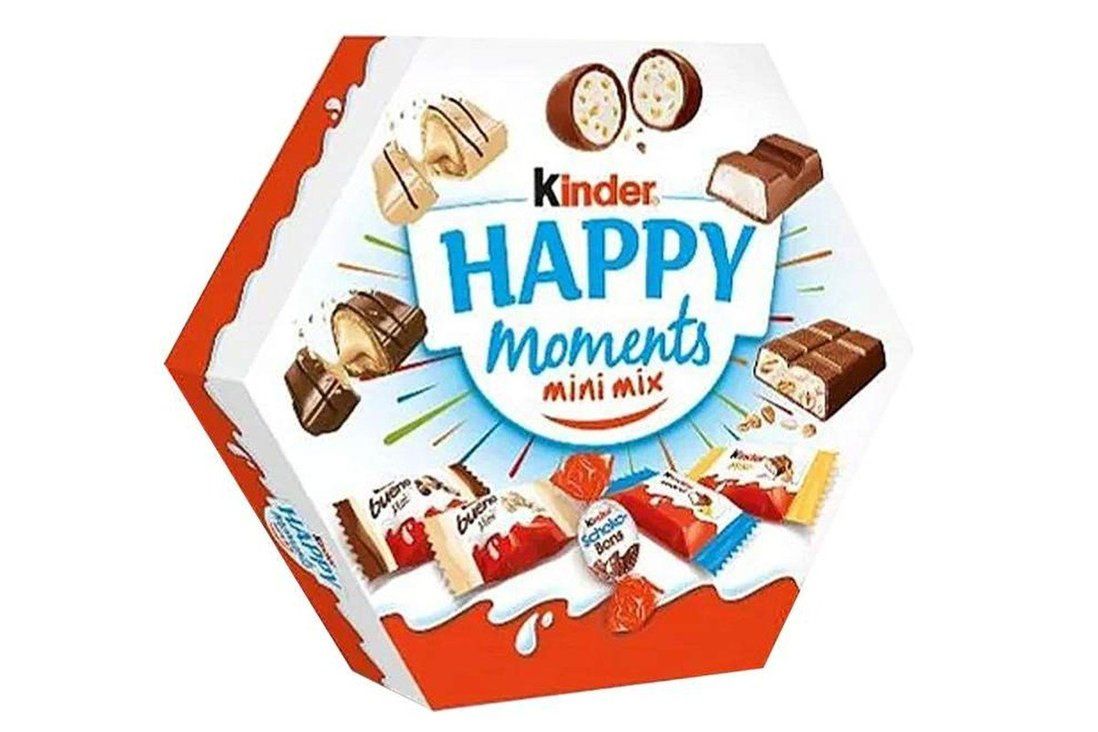 Products, intended for export to mainland China, are still being stored inside warehouse and have not entered local market.

Hong Kong food safety authorities have warned that another imported Kinder chocolate product may be contaminated with salmonella bacteria.

The latest batch, which was intended for re-export to mainland China, was the fifth Belgium-made product from the same brand to be potentially affected, which the Hong Kong Centre for Food Safety had been alerted to by overseas authorities this month.

The centre on Tuesday said the latest product in question was the Kinder Happy Moments Mini Mix 162g (5.7oz) with best-before dates of July 7 and 8. It was notified by the European Commission’s Rapid Alert System for Food and Feed.

Local authorities found that the product’s importer, Hongkong Ehigo E.commerce Co, intended to export the chocolates to the mainland.

The Post previously reported that Ferrero Asia, which imports the Kinder product line into Hong Kong, said its other chocolates, including the Kinder Maxi, were not affected.

“All the products are stored inside a warehouse after import and they have not entered the local market. The [centre] has inspected the warehouse and marked and sealed the product concerned,” the food safety body’s spokesman said in a statement.

“The operator was also instructed to dispose of all the product concerned and the [centre] has notified the mainland authorities concerned of the incident.”

The group said that a statement from authorities in Belgium had revealed that a factory in the country, operated by Kinder manufacturer Ferrero, had been temporarily closed because of suspected salmonella contamination of their products.

The facility accounted for 7 per cent of the total volume of Kinder products produced globally each year.

Hong Kong’s food safety centre has already recalled four other problematic batches of products imported for local consumption and warned the public not to eat them. It also urged for a recall of all Kinder goods produced by the factory involved.

According to the European Food Safety Authority, 119 confirmed and 31 probable cases of salmonella infections linked to the products have been reported in 10 European countries, including Britain, as of April 8. Most of the cases were children under the age of 10, many of whom were admitted to hospital.

The Post has reached out to Ferrero Asia, which imports the Kinder product line into Hong Kong, for comment.

The city’s food safety body warned that people infected with salmonella could experience fever and gastrointestinal discomforts, such as vomiting, abdominal pain and diarrhoea.

“The effects on infants, young children, the elderly and persons with a weak immune system could be more severe and may even lead to death,” it noted.

The centre said it had scaled up testing of relevant products and would remain in close contact with overseas authorities.