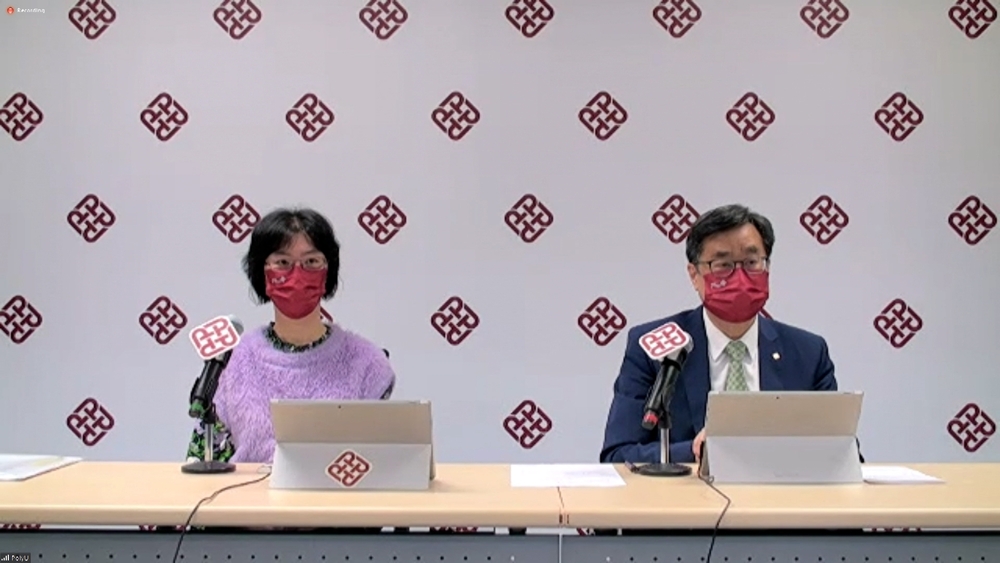 Up to 40 percent of citizens may suffer from post-traumatic stress disorder (PTSD) due to Hong Kong's fifth wave of the Covid-19 outbreak, according to the latest estimation by the Polytechnic University.
The study also found that respondents who spent more time watching news related to the pandemic suffered more severe symptoms than those who spent less time.

David Shum Ho-keung, dean of the Faculty of Health and Social Science, said some respondents may be disturbed by exaggerated information on the pandemic and suggested citizens avoid spending a long time watching relevant news.

When asked if citizens felt stressed over the government's vaccine pass arrangement, Shum said that part was not included in the study.

On the other hand, associate professor of the Department of Applied Science Judy Siu Yuen-man, suggested providing more clear information about Covid vaccines to the elderly and strengthening support before and after vaccination.

In the first round of the study, the research team interviewed 3,011 citizens on phone from December 2020 to February 2021 when the city was hit by the fourth wave, with 69 percent of respondents being adults aged under 60.

The results showed that 12.4 percent of respondents developed symptoms of PTSD including intrusive memories and avoidance behaviors. Jobless respondents or those with lower education levels were much more likely to suffer from the disorder, the study also found.

Middle-aged or older married women with a higher education level were more willing to comply with the anti-Covid curbs, while respondents found the most difficult measure to be maintaining good hand and environmental hygiene.

The study revealed that 45.6 percent of respondents were willing to receive Covid vaccine shots. Most were middle-aged married men with lower education levels who were the family's breadwinners.

In the second round of the study, the research team conducted in-depth interviews with 240 respondents randomly selected from the sample, including 31 seniors aged above 65.

Siu said the elderly found Covid a highly contagious disease after watching the news and information on social media.

Siu continued that the elderly referred to experts' term of “aerosol transmission” as airborne transmission and believed Covid was worse than severe acute respiratory syndrome (SARS) with no cure at all.

Siu added most elderly were trapped at home because of elderly centers' suspended operations and family restrictions. They avoided regular visits to the doctor which affected the development of their existing chronic diseases as well.
#Vaccines  #COVID-19  #vaccine  #Covid
Add Comment