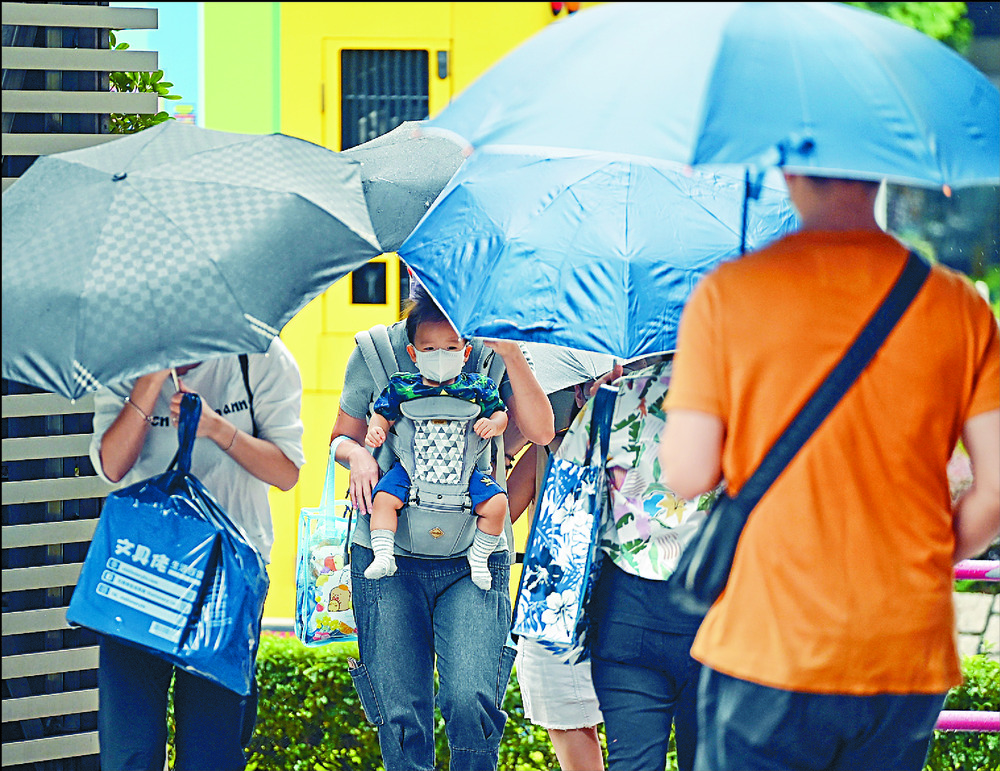 The Observatory canceled all tropical cyclone signals at 6.20pm yesterday as Mulan swept 470 kilometers southwest of Hong Kong and landed in Zhanjiang Guangdong.
Mulan broughts fierce winds and collapsed trees as the No 3 strong wind signal held sway for much of the past two days.

"The outer rainbands associated with Mulan will still bring occasional showers and squalls," the weatherman said, advising the public to stay away from the shoreline.

Three workers fell from a seven-meter-high platform at a construction site on Cha Kwo Ling Road around 3pm yesterday after a five-by-three-meter concrete block hit the platform, resulting in its collapse.

All three were conscious as they were sent to Queen Elizabeth Hospital in the industrial accident at Tseung Kwan O-Lam Tin Tunnel, to open this year. It is believed a tunnel bridge was being built then.

Villagers at Lei Yue Mun, a flooding black spot during typhoons, stayed up all night to keep a watch on the storm, but thankfully their fears did not come to pass.

One villager, Lee, said floodwaters reached up to his ankle at midnight but receded in the morning.

Another, Cheung, was surprised by the unexpectedly "calm" weather: "The floodwater reached up to my calf before, but not this time. You can see the streets are so clean."

The roofs of at least five minibuses in a Chai Wan car park were hit as a 15-meter-tall tree fell around 2am yesterday, including three Covid designated buses.

An hour earlier, a six-meter tree fell on Tsui Ping Road in Kwun Tong, blocking the traffic before it was cleared by firefighters.

In Macau, tropical cyclone signal No 8 was issued at 7am yesterday and downgraded to No 3 at 1pm.

The Macao Meteorological and Geophysical Bureau expects the inner harbor and its surrounding area to be slightly flooded this morning.
#Covid
Add Comment