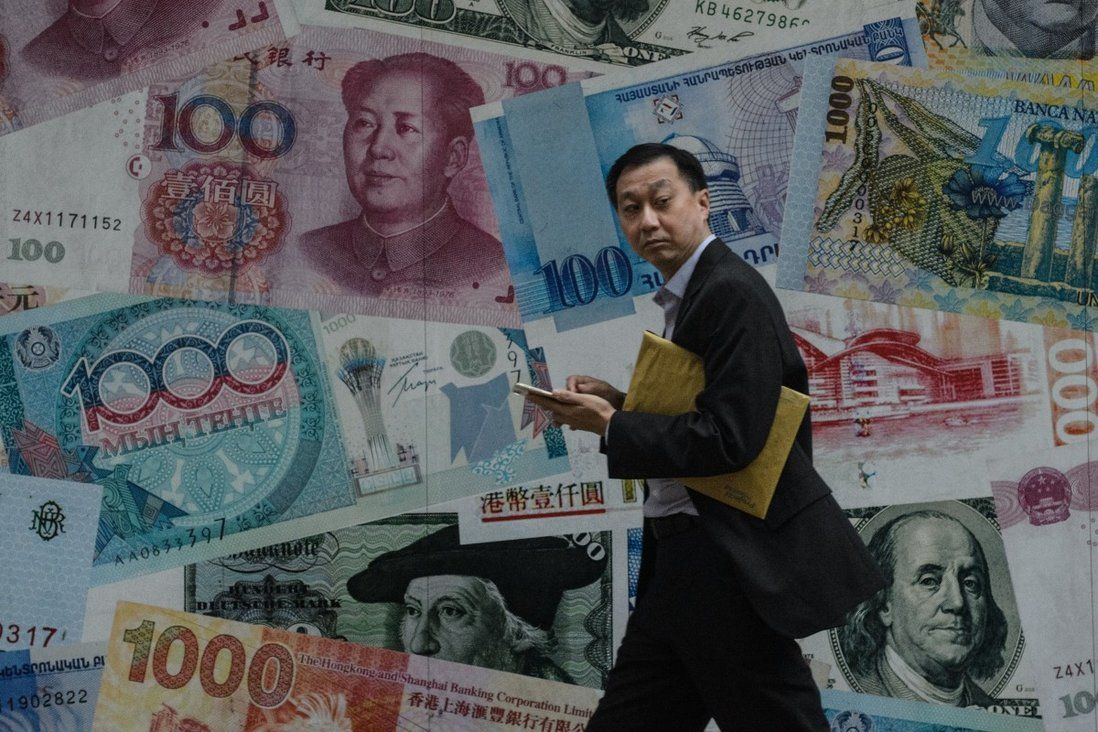 There will be fewer cash handouts for Hongkongers in the coming years as government spending hinges on economic recovery, the finance minister has warned.

Financial Secretary Paul Chan Mo-po said that the government had to be “more flexible” about rolling out measures such as tax breaks and extra allowances or subsidies, as the proposed 2021-22 budget would still incur a deficit of more than HK$100 billion (US$13 billion) even after cutting relief measures by a third from last year.

“There is a possibility of scaling back sweeteners,” Chan told a television programme on Sunday. “This would depend on whether there is an increase in government revenue … of course, if the economic conditions are good, then we would have better capabilities to do so.”

In his budget announcement on Wednesday, Chan warned of a record deficit of HK$257.6 billion for the current financial year and more annual deficits to come.

Despite running on back-to-back deficits, the finance chief still earmarked about HK$36 billion to hand out electronic spending vouchers of HK$5,000 to every adult permanent resident and new immigrant, in the hope to encourage people to spend and inject money back into struggling businesses. 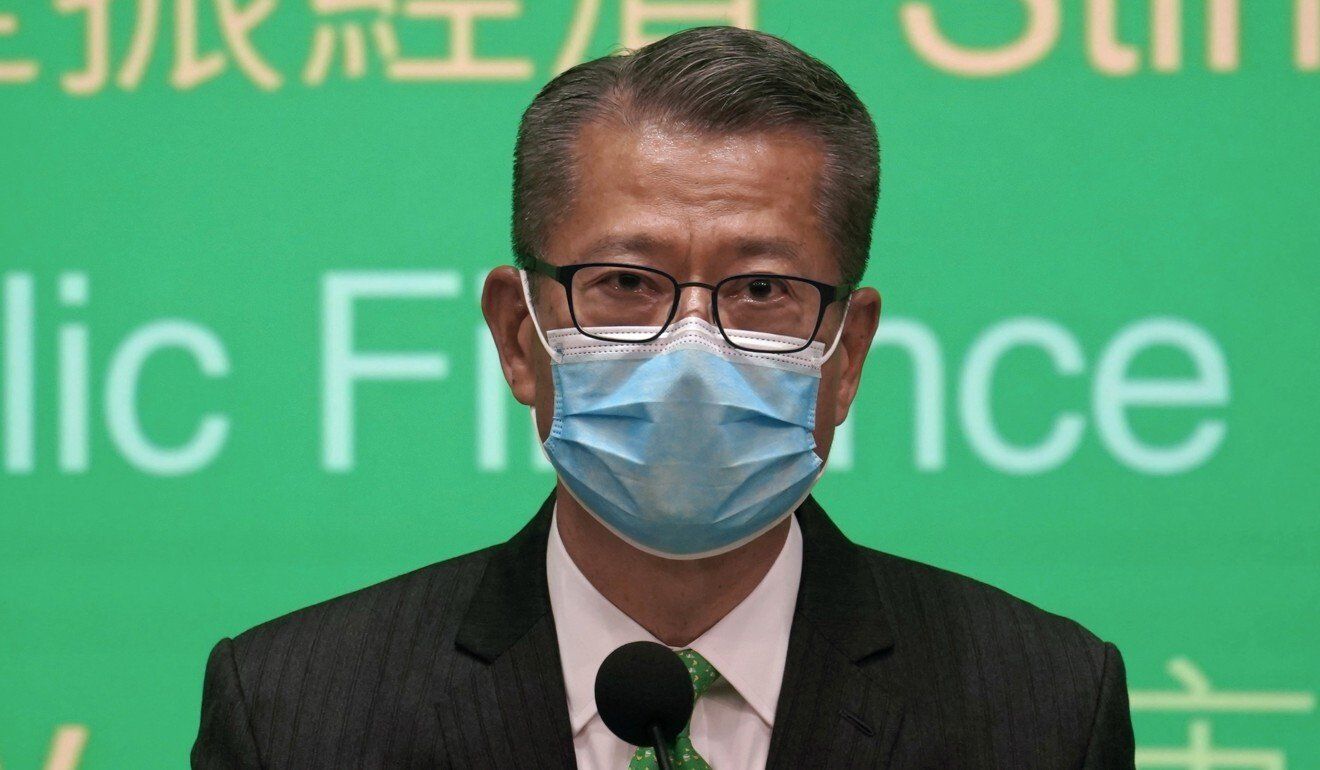 But critics said the measure was not sufficient to reboot Hong Kong’s economy, and some residents, such as the elderly, would find electronic vouchers less attractive than actual cash handouts.

Chan wrote on his blog on Sunday that the voucher scheme was still in its preliminary phase and that details such as the number of instalments and the amount of each payment were yet to be decided.

He also stressed that to remain financially prudent, the government would have to look at the city’s economic performance and the needs of the general public when formulating policies to improve public services.

Separately, Secretary for Commerce and Economic Development Edward Yau Tang-wah told a radio programme that the economic situation would be precarious throughout 2021.

Yau was concerned that while China climbed out of the Covid-19 pandemic by recording growth last year, most global economies were still lagging behind.

“We are confident [about China’s] growth and stabilisation in the Asia region, but we would still be affected by the time the US and European markets take to return to normality,” Yau said. “So, we need to be cautious.”

Hong Kong’s economy has contracted for two years in a row, slumping by a record 6.1 per cent last year after a 1.2 per cent decline in 2019.

The finance secretary in his budget on Wednesday forecast the economy would bounce back to growth of anywhere between 3.5 per cent and 5.5 per cent this year, while projecting that the city could capitalise on China’s drive to boost domestic consumption. 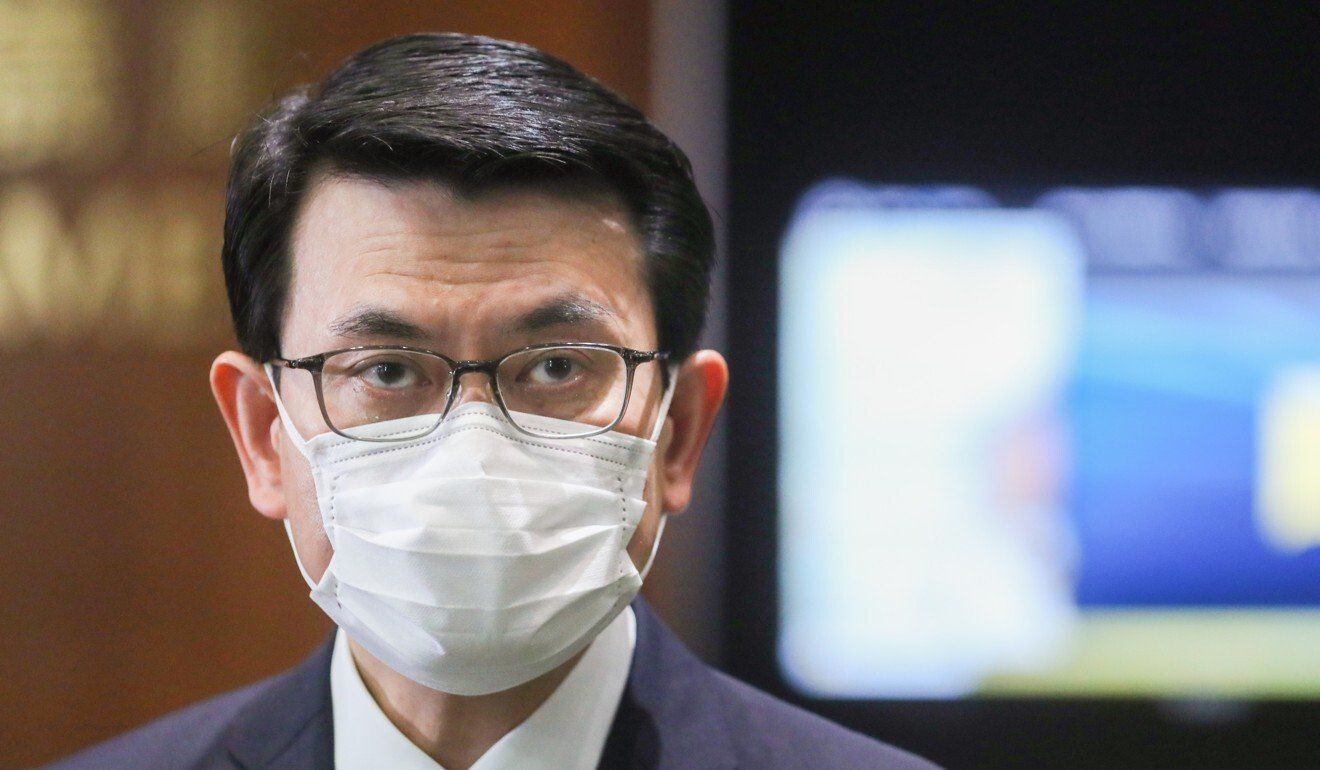 But Yau stressed that while Hong Kong had started its vaccination drive against the coronavirus, it was not yet a shot in the arm for the city’s economy. He said that even after the resumption of social activities, infection numbers could fluctuate, affecting businesses.

With economic recovery still uncertain, the government had to cushion the blow for Hong Kong businesses and equip enterprises for the future, Yau said.

Measures under the HK$9.5 billion relief package for Hong Kong businesses in the latest budget included raising the borrowing limit for a government full guarantee loan scheme to HK$6 million for small and medium-sized enterprises.

Yau noted that the small-to-medium enterprise (SME) financing scheme, which was in place even in the previous year’s budget, had already approved loans totalling HK$42.7 billion for more than 20,000 enterprises by January this year.

He hoped that the adjustments proposed in the budget would help more businesses to cope with the economic downturn. “As this programme was so popular, and also because the economy has not improved yet, we extended the loan terms and raised the borrowing limit,” he said.