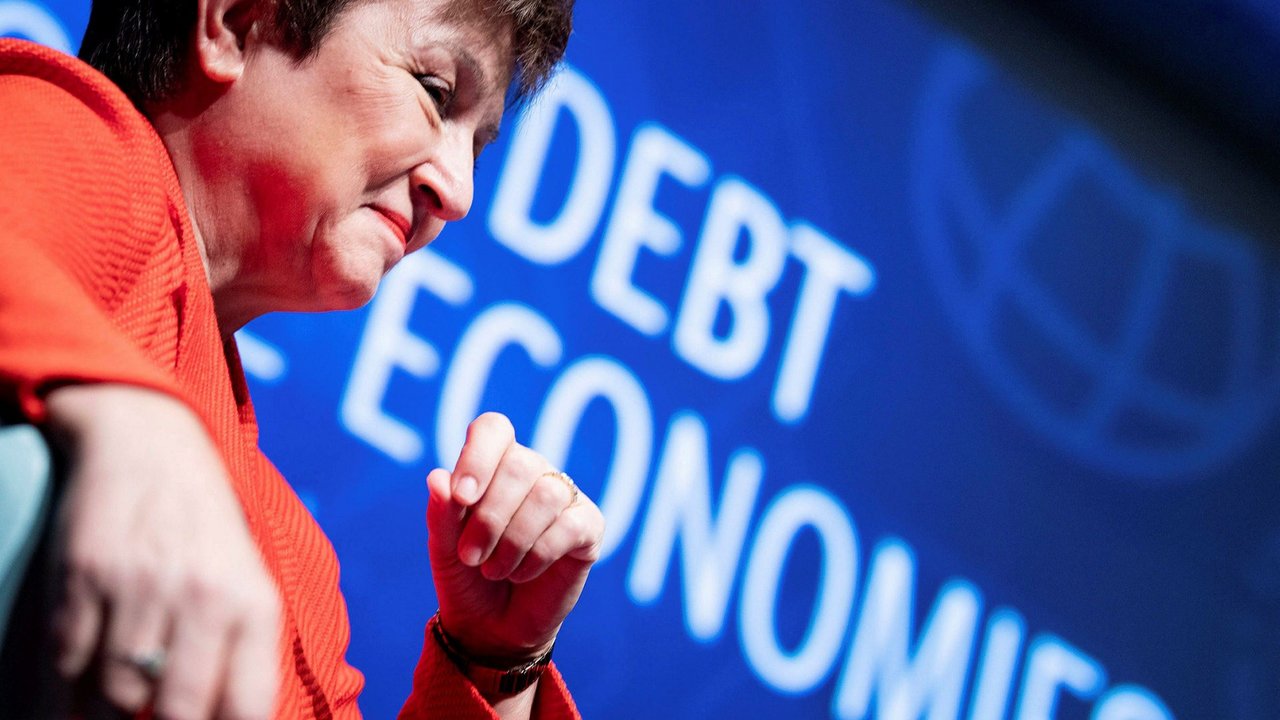 The coronavirus pandemic has driven the global economy into a downturn that will require massive funding to help developing nations, IMF chief Kristalina Georgieva said on Friday.
"It is clear that we have entered a recession" that will be worse than in 2009 following the global financial crisis, she said in an online press briefing.

With the worldwide economic "sudden stop," Georgieva said the fund's estimate "for the overall financial needs of emerging markets is US$2.5 trillion."

But she warned that estimate "is on the lower end."

Governments in emerging markets, which have suffered an exodus of capital of more than US$83 billion in recent weeks, can cover much of that, but "clearly the domestic resources are insufficient" and many already have high debt loads.

Over 80 countries, mostly of low incomes, have already have requested emergency aid from the International Monetary Fund, she said.

"We do know that their own reserves and domestic resources will not be sufficient," Georgieva said, adding that the fund is aiming to beef up its response "to do more, do it better, do it faster than ever before."

She also welcomed the US$2.2 trillion economic package approved by the US Senate, saying "it is absolutely necessary to cushion the world's largest economy against an abrupt drop in the economic activities."

The US package also is important because it accelerated Washington's US$78 billion contribution to the IMF's lending capacity.

The fund membership in January approved a plan to double one of its funding baskets – the New Arrangements to Borrow – to about US $500 billion.

"The US decision to speed up approval of its substantial new contributions to the IMF is a powerful message to the international community and helps solidify the IMF's (overall) US$1 trillion lending capacity," Georgieva said in a statement after the House of Representatives approved the massive rescue package.

It provides direct cash payments to Americans, a huge expansion of unemployment benefits, and grants and loans to businesses to help them weather the economic shutdown.
#Donald Trump  #Coronavirus
Add Comment