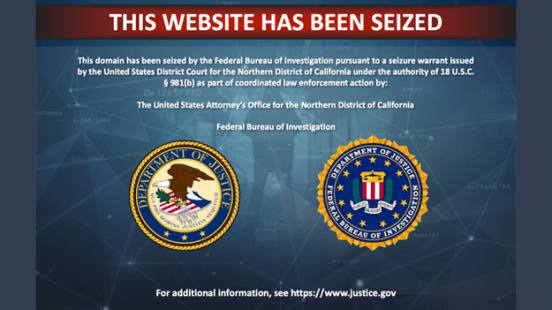 The U.S. government has seized nearly 100 domain names used by a branch of Iran’s armed forces that officials said Wednesday were being used to conduct a disinformation campaign featuring fake news sites targeting the United States and other countries.
Iran’s Islamic Revolutionary Guard Corps has long been recognized as a prominent arm of the Iranian government and was officially designated as a terrorist organization by the United States government last year.

It found its online influence diminished Wednesday when U.S. officials took control of 92 domain names previously controlled by the organization, according to law enforcement officials.

In an announcement made in part by U.S. Attorney David Anderson, officials seized the websites after evidence came to light that they were being utilized by IRGC to spread Iranian propaganda.

Seizure documents state that at least four of the captured domain names falsely masqueraded themselves as legitimate news outlets but were in fact being used to target the United States and attempted to influence domestic and foreign policy through misinformation — a direct violation of the Foreign Agents Registration Act.

The remaining sites, according to officials, were focused largely on spreading misinformation in other parts of the world, notably around Western Europe, the Middle East and Southeast Asia.

“Today we are 92 domains closer to shutting down Iran’s worldwide disinformation campaign,” Anderson said in a press release. “This important work will continue. Iran cannot be allowed to hide behind fake news sites. If Iran wants to be heard using U.S. facilities, it must reveal its true colors.”

Central to officials’ actions on Wednesday is the International Emergency Economic Powers Act, a law that specifically prohibits unauthorized exports of goods or services to Iran from the United States or from a United States citizen.

Under this statute another rule, called the Iranian Transactions and Sanctions Regulations, was created to ensure that certain services couldn’t be provided to the Iranian government without the proper licenses.

On top of operating websites that sought to spread Iranian propaganda without disclosing to the public who was behind the misinformation, these sites were also operated without the proper licenses, giving officials the ability to seize the domains under the authority of both FARA and IEEPA.

Assistant Attorney General John Demers said it was a combination of these laws that allowed the government to take such decisive action.

“Fake news organizations have become a new outlet for disinformation spread by authoritarian countries as they continue to try to undermine our democracy,” Demers said. “Today’s actions show that we can use a variety of laws to vindicate the value of transparency.”

Officials also reported that on top of maintaining the propaganda domains, the IRGC has also provided some degree of support to a number of other known terrorist groups, most notably Hizballah, Hamas and the Taliban.

FBI Special Agent John Bennett said given that the investigation into the domains began after officials received information from Google, it has become more critical than ever that law enforcement maintains a close relationship with the private sector to ensure these improperly held websites do not go unnoticed.

“These relationships enable a quick exchange of information to better protect against threats to the nation’s security and our democratic processes. The FBI also urges the public to remain vigilant about the information they find and share on social media,” Bennett said.

After Wednesday’s actions, potential visitors to any of the 92 sites are now met with a straightforward message: a disclaimer that under the terms of warrant, the websites are now inaccessible and have been seized by the FBI.
Add Comment 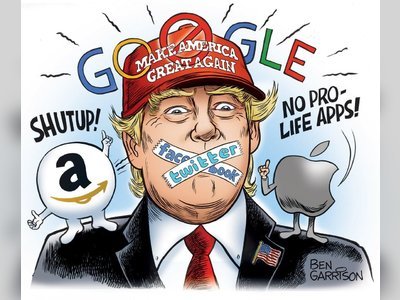