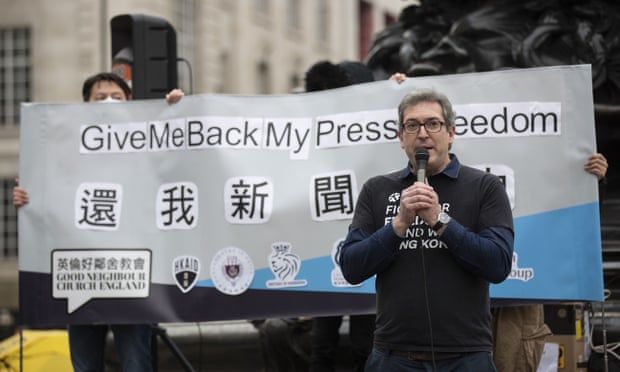 The website of a UK-based advocacy group appears to have become inaccessible through some networks in Hong Kong, raising fears of mainland-style internet censorship in the Chinese territory.

The group, Hong Kong Watch, which monitors human rights, said it worried the censorship could be a part of a wider crackdown on freedom of speech under Hong Kong’s national security law, which allows the police to ask service providers to “delete” information or “provide assistance” on national security cases.

Beijing imposed the sweeping security law on Hong Kong in 2020 that punishes what authorities broadly define as subversion, secession, collusion with foreign forces and terrorism with up to life in jail. Opponents condemn the legislation as “draconian”, but the authorities say it is a necessary step in restoring the stability of the financial hub.

“If this is not just a technical malfunction, and Hongkongers will no longer be able to access our website because of the national security law, then this is a serious blow to internet freedom,” said Benedict Rogers, the group’s head.

“With the steady drip of website removals, there are fears that China could begin introducing its great internet firewall into the city. With time, this could have serious ramifications for the continued presence of western technology companies in the city.”

Lokman Tsui, a media researcher based in the Netherlands who until recently taught at the Chinese University of Hong Kong, said that without a reason to block Hong Kong Watch’s website, the authorities risked being seen as “arbitrary, untransparent, and disproportionate.

“We can only guess for what reason Hong Kong Watch is being blocked. But whatever reason it is, I imagine the same reason could be applied to lots of other websites,” he said. “Will they be blocked later? Who decides that? Is there any way to appeal? If they remove whatever the offending content is, will they be unblocked?”

While the internet in mainland China is heavily censored and access to foreign social media platforms and news sites is blocked, Hong Kong residents were promised greater freedoms under the “one country, two systems” framework agreed when the former British colony returned to Chinese rule in 1997.

For many years after the handover, Hong Kong had a vibrant media landscape and hosted the regional headquarters of Chinese and foreign-language media outlets of different political viewpoints. But in the past two years, a number of outlets have announced plans to move.

Hong Kong police said in a statement it would not comment on specific cases, but that it had the right to require service providers to “take a disabling action on electronic messages… if their publication were likely to constitute an offence endangering national security.”

The apparent blocking of Hong Kong Watch by some service providers this week came after reports of similar action encountered by a few other websites, such as the Taiwan-based website Transitional Justice Commission, in recent months.

Last May, the website of HKChronicles was blocked, too. HKChronicles had operated as an anti-government doxing platform, publicising personal information of some people in Beijing and members of the Hong Kong police force it accused of brutality.

The same year, a website commemorating the 1989 killings of protesters in and around Beijing’s Tiananmen Square also became inaccessible in Hong Kong. Attempts by the Guardian on Tuesday to access the site through Hong Kong networks were unsuccessful.