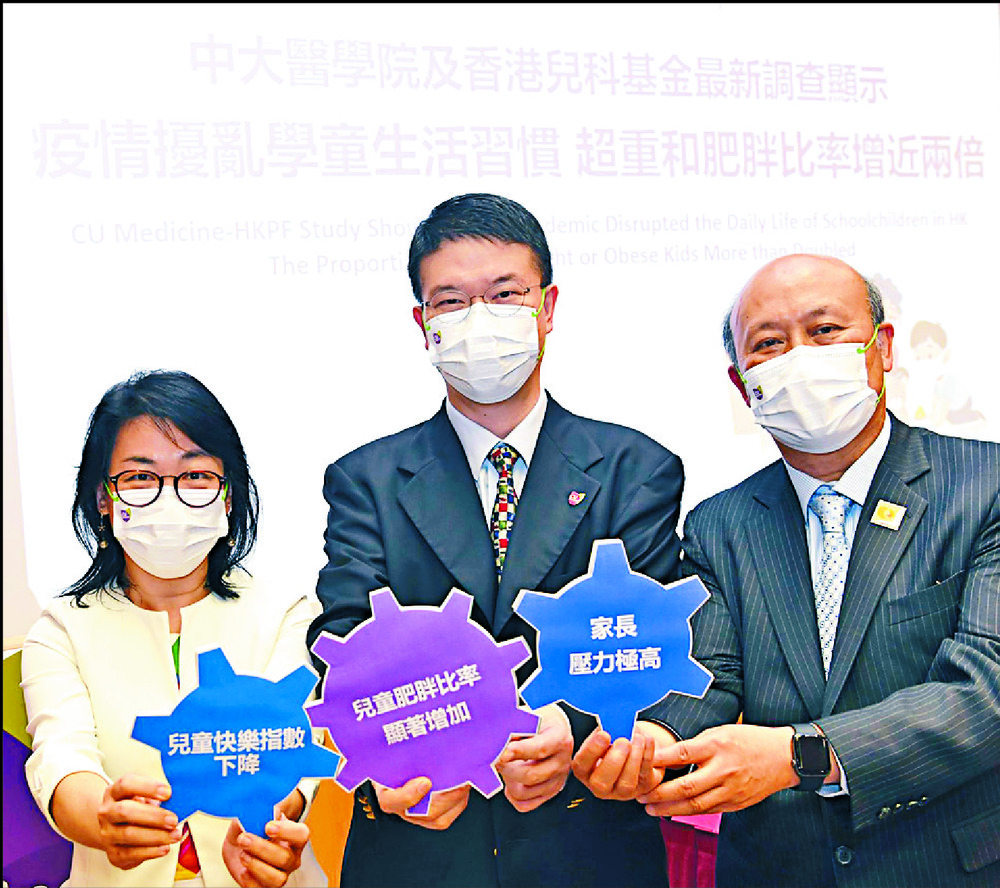 Fat's in the fire as pandemic hits home for children

The ratio of overweight and obese kids to the child population has almost doubled since the onset of the pandemic.
That rise of 1.8 times came in a poll by the Chinese University and the Paediatric Foundation of 1,439 kindergarten and primary school students this month.

The increase is most significant among nine to 13-year-olds, with their obesity rate jumping from 7 to 24 percent .

Next in line were six to eight-year-olds, which ballooned from 5 to 13 percent.

Unhealthy diets and lifestyles have been blamed for the phenomenon.

That saw 80 percent of respondents cutting down outdoor activities and an almost 90 percent corresponding increase in the use of electronic devices.

More than half increased consumption of snacks, and 43 percent drank more sweetened beverages.

Boredom was cited for 62 percent of children eating more, while 59 percent ate less during mealtimes as they had already partaken of snacks.

Researchers blamed the phenomenon on the class suspensions.

Foundation secretary-general Lilian Wong Hiu-lei said: "Under the pandemic, children's schedules are disrupted, they may have a 'brunch' combining breakfast and lunch upon waking up. But when they feel hungry, they eat more snacks."

"In our survey, 70 percent of the children would watch TV or scroll phones while eating. This would have them eat more unknowingly as they were not focused," she added.

But the children were found to be less happy during the pandemic, which is especially true among those who have parents under more pressure.

Kids whose parents had a pressure level of nine to 10 (10 is the maximum) experienced a drop of 35 percent in their happiness index during the pandemic, while the drop for kids with parents on a one-to-five pressure level was 11 percent.

The findings come as the Leisure and Cultural Services Department will conduct a territory-wide physical fitness survey for the community from June to August.

There will be four sessions: June 30 in Tung Chung, July 10 in Kowloon City, August 13 in Tuen Mun and August 14 in Tseung Kwan O.

The tests are free, and people can register online at pfs2021.com.hk.
Add Comment