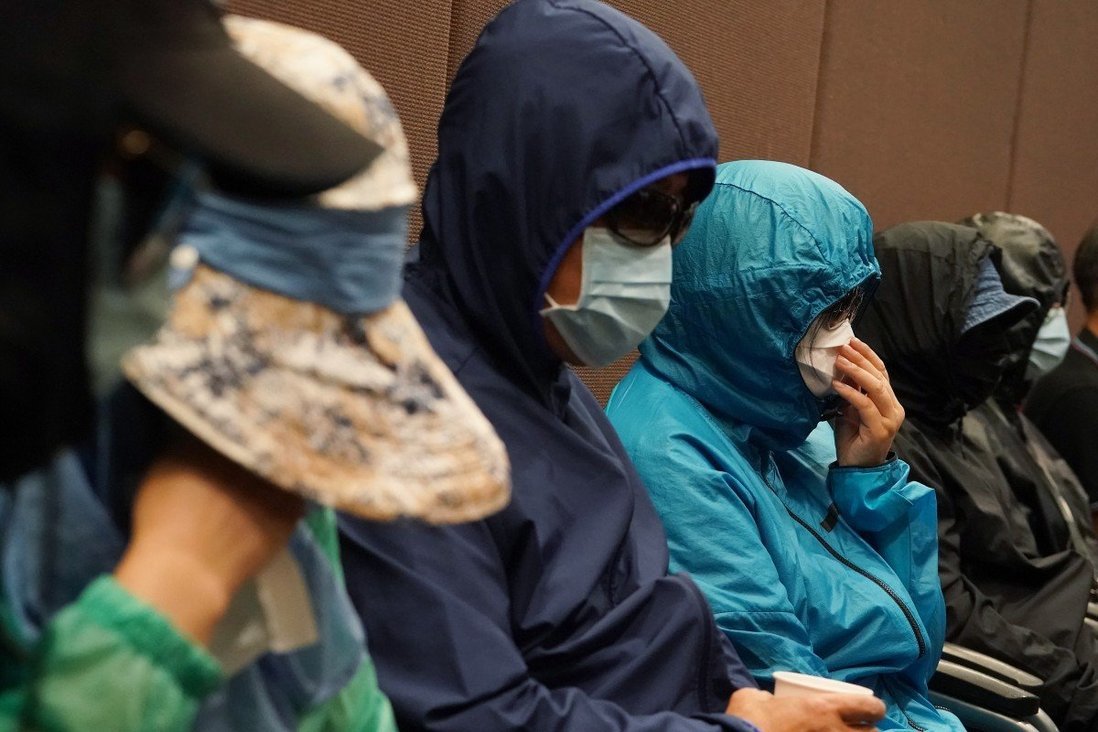 The families of 12 Hong Kong fugitives being detained in Shenzhen after being arrested at sea have lashed out at Chinese authorities for their decision to try their relatives behind closed doors, urging foreign governments in an open letter to send embassy personnel to Monday’s hearing.

The letter calling on the mainland to open the trial to the public, press and lawyers of the families’ choosing was addressed to diplomatic missions in Hong Kong and Guangzhou in Guangdong province, and followed similar demands made to the city and central governments.

“By holding the trial of the 12 in secret, barring the media and the families from attending, the Chinese authorities are disregarding basic human rights, acting against the ‘sunshine judiciary’ principle they have been promoting,” the relatives said in the letter, which was released on Sunday. 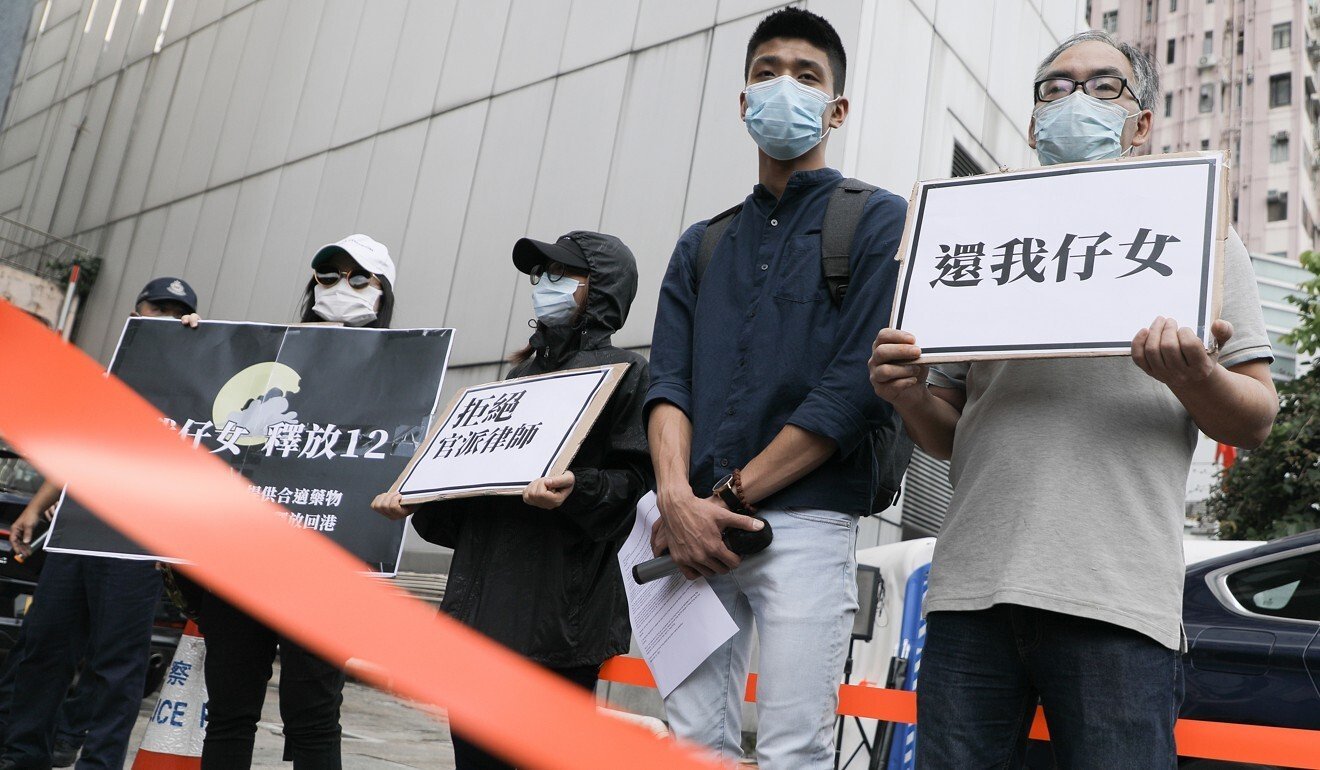 Families of the 12 detained Hongkongers call for their loved ones to be granted access to lawyers of their choosing in September.

The 12 Hongkongers have been detained in Shenzhen since August, when they were arrested in mainland waters while attempting to flee to Taiwan to escape prosecution for charges stemming from last year’s anti-government protests. One is wanted on national security law charges.

The group includes dual citizens with British, Portuguese or Vietnamese nationality, according to their families’ letter.

Families were also explicitly told that – given the high-profile nature of the case – relatives, members of the public and journalists would be barred from attending, and no case details would be documented publicly by the court. 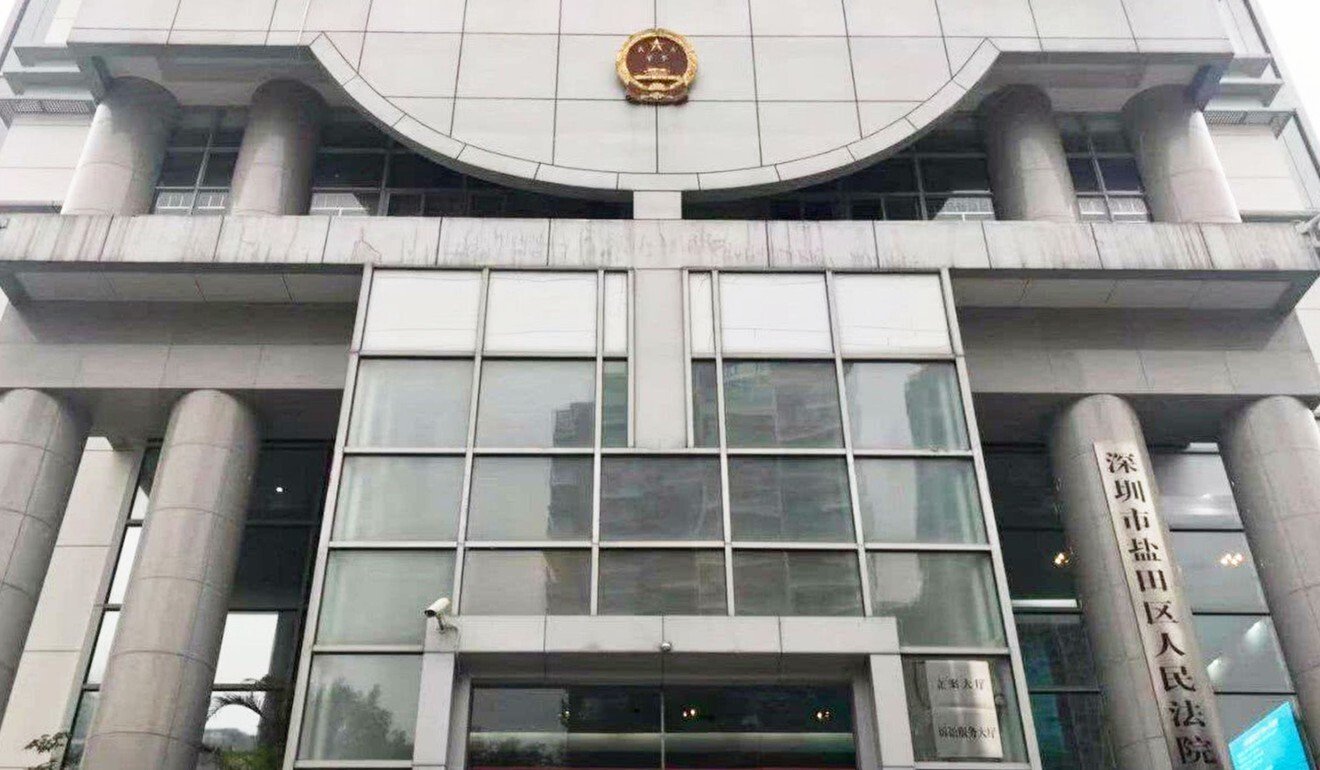 Yantian People's Court, where at least 10 of the 12 detained Hongkongers are expected to be tried on Monday.

The relatives urged foreign governments to send consular personnel to the hearing to “guarantee a proper and fair trial”, and again demanded that the closed-door proceedings be broadcast online.

The letter was sent to diplomats from the United States, Britain, Portugal, Vietnam, Australia, New Zealand, Canada, Denmark and the European Union, according to a spokesman for a concern group assisting the families.

He quoted an employee with the US consulate in Guangzhou as saying that they would coordinate with representatives from various countries over the matter.

The families of the detainees planned to hold a press conference on Monday in Hong Kong after the trial is completed.

“We just hope the matter will be settled as soon as possible. They have been in turmoil for more than 100 days,” the brother of Tang Kai-yin told a local television station on Sunday.

Tang, 30, is one of the 10 defendants to be tried on Monday, and was earlier charged in Hong Kong with conspiracy to commit arson with intent.

Others included Li Tsz-yin, a 29-year-old surveyor, who was charged with rioting and assaulting a police officer. His mother said: “I believe they will plead guilty, even if it’s not done out of sincerity.”

The 10 will go on trial at 2.30pm on Monday at Yantian People’s Court on illegal border-crossing charges formally brought by the authorities on December 16. The trial was not among a list of hearings publicised by the court that would be live-streamed.

The remaining two fugitives, who are underage, will have closed-door hearings to decide whether charges would be pressed.

A spokesman for the Security Bureau said the Immigration Department already conveyed requests of the fugitives’ families to corresponding authorities on the mainland.

It added that the Hong Kong government would not interfere with law enforcement and judicial work in other jurisdictions.