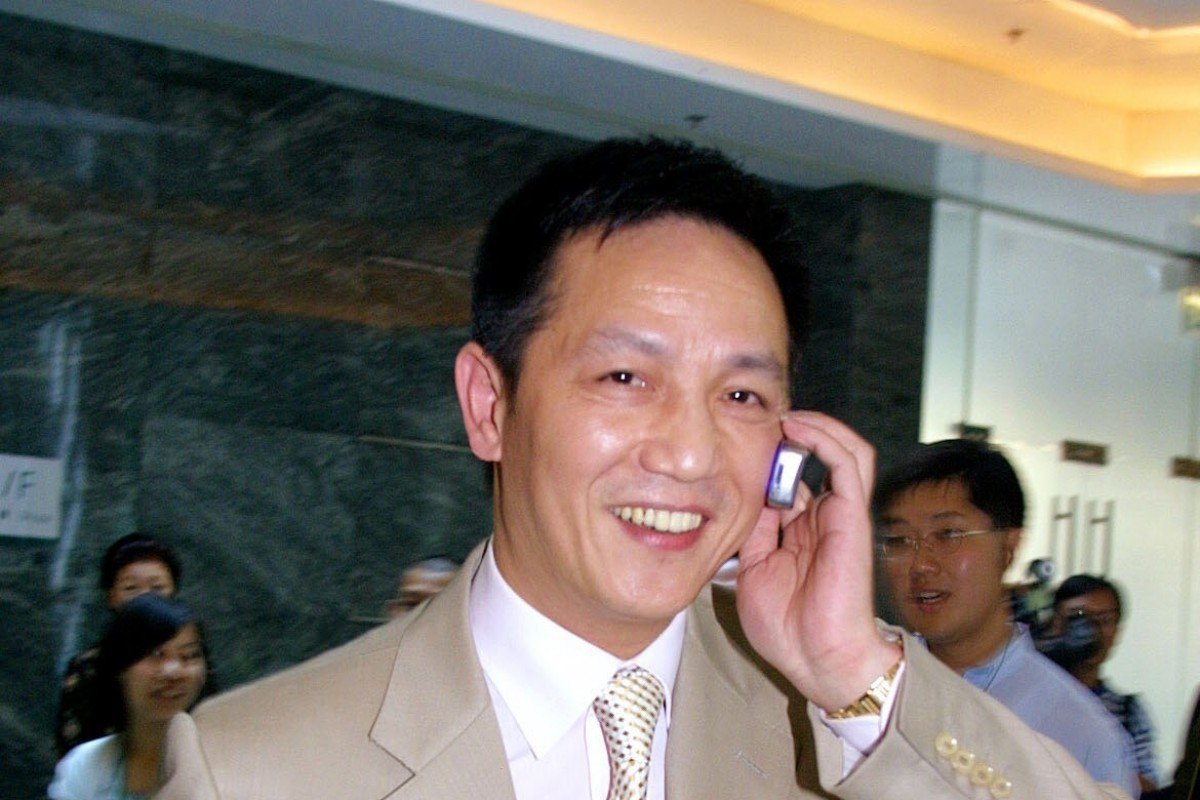 Property magnate was once described as Shanghai’s richest man but was sentenced to 16 years in prison in 2007. Businessman, known as Chau Ching-nai in Hong Kong, is still on city’s wanted list but there is no extradition arrangement in force

A prominent Chinese tycoon who was jailed for 16 years for bribery and embezzlement will be released in less than two months, after having more than two years shaved off his sentence.

Zhou Zhengyi, also known in Hong Kong as Chau Ching-ngai, was once named the richest man in Shanghai and the 11th richest in mainland China, with an estimated net worth of US$320 million.

Born into a working class family in Shanghai in 1961, Zhou amassed enormous wealth from property development and stock market speculation on the mainland and Hong Kong as the Chinese economy started to boom.

But corruption was an persistent problem during China’s decades of breakneck growth and Zhou was one of the first high-profile figures to be jailed.

According to a court document released earlier this year, Zhou has secured three separate reductions to his sentence since 2013. He is now expected to be released in on September 20.

The court said Zhou had confessed to his crimes, showed remorse and behaved well in education and labour sessions at the Qingpu prison in Shanghai.

Zhou is still wanted by Hong Kong’s anti-corruption agency, but the former British colony, which has a separate legal system, currently has no extradition deal to bring suspects from mainland China.

Zhou was found guilty in 2007 for giving more than 1 million yuan (US$133,000) in bribes to government officials and state company employees, embezzling 200 million yuan from a company and forging 1.2 billion yuan in tax invoices.

The court said Zhou qualified for a lighter sentence because he had admitted his guilt, cooperated with the authorities and returned the funds. The maximum possible sentence for his crimes was death.

He had already spent three years in jail between 2003 and 2006 for stock market fraud and falsifying financial records, a sentence that at the time the South China Morning Post reported was lighter than expected.

It later emerged that he had bribed staff at the jail to give him favourable treatment. Four prison officials were later sentenced to up to 11 years in jail.

Zhou’s spectacular rise and fall offered the public a glimpse into corruption in China’s financial and political system.

In the years after his downfall, a number of other Chinese tycoons and top officials were jailed, especially under Xi Jinping’s anti-corruption campaign.

It was suggested at the time that Zhou’s case was linked to that of former Shanghai Communist Party chief Chen Liangyu, who was jailed for 18 years for corruption in 2008.

The tycoon's personal life received much media attention on both the mainland and Hong Kong, where he sometimes featured in gossip columns for his friendships with other tycoons and celebrities and bought luxury properties.

His wife, former socialite, Mo Yuk-ping also served jail time in Hong Kong on charges of conspiracy to defraud and perverting the course of justice.

Zhou remains on the wanted list of Hong Kong’s anti-corruption agency, the Independent Commission Against Corruption, on suspicion of conspiracy to defraud the shareholders of Hong Kong-listed companies.