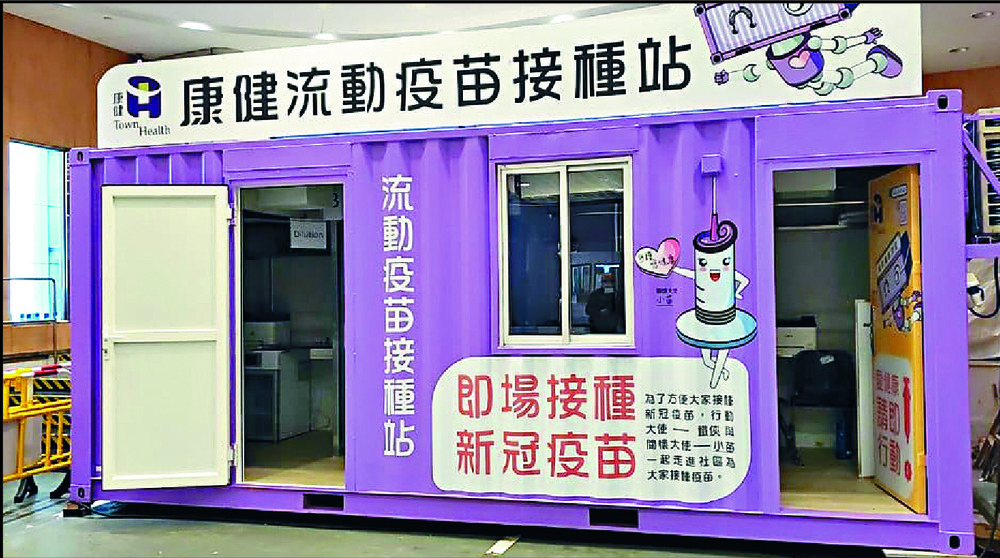 The "app" allows users to "go anywhere they want" as they only need to type the address of the place they are visiting and the app will generate a page resembling the authentic app's record of entering a premise, with the date and time of entry. The "app" also comes with a QR code scanner.

On November 1, authorities extended the compulsory usage of LeaveHomeSafe to all public buildings, and five government employees were arrested that day for using fake versions of LeaveHomeSafe to enter Immigration Tower in Wan Chai. Those arrested include two civil servants and two contract employees of the Immigration Department as well as another civil servant with the Audit Commission.

The next day, police said its cybercrime unit has removed the fake "app" from the internet but it was found to have reappeared recently.

Sources said the cybercrime unit conducts regular searches. If its officers spot the fake "app," they request the domain holder delete it and investigate who made the post online.

Meanwhile, Secretary for the Civil Service Patrick Nip Tak-kuen yesterday said vaccination centers will operate one hour longer from New Year's Day on Saturday for people to get their third jab.

From that day, nine of 10 community vaccination centers will extend their working hours, operating from 8am to 8pm every day, allowing them to administer 35,000 shots daily. Authorities also announced that the public can book their booster jabs from Saturday.

Nip said authorities have procured 8.5 million doses of German-made BioNTech/Fosun jabs, and have used 6.1 million for now. Almost 4.86 million, or 72.1 percent, of Hong Kong residents have taken at least one Covid-19 jab, including 4.64 million, or 68.9 percent, having taken two jabs.

When asked about the requirement for government employees to show their vaccination record before entering offices from mid-February, Nip said 96 percent of them have taken at least one shot and

1 percent are medically unfit to take the jab.

A mobile vaccination truck will be parked outside New Jade Shopping Centre in Tai Wai today to offer walk-in jabs.

Another new mobile vaccination container will be put into service in Wong Tai Sin to offer 450 shots a day from January 7 to 9.

Separately, police on Sunday raided a number of party rooms in Kwun Tong and arrested a man and a woman - both aged 23 - for using other people's vaccination records.
#BioNTech  #COVID-19  #Covid
Add Comment