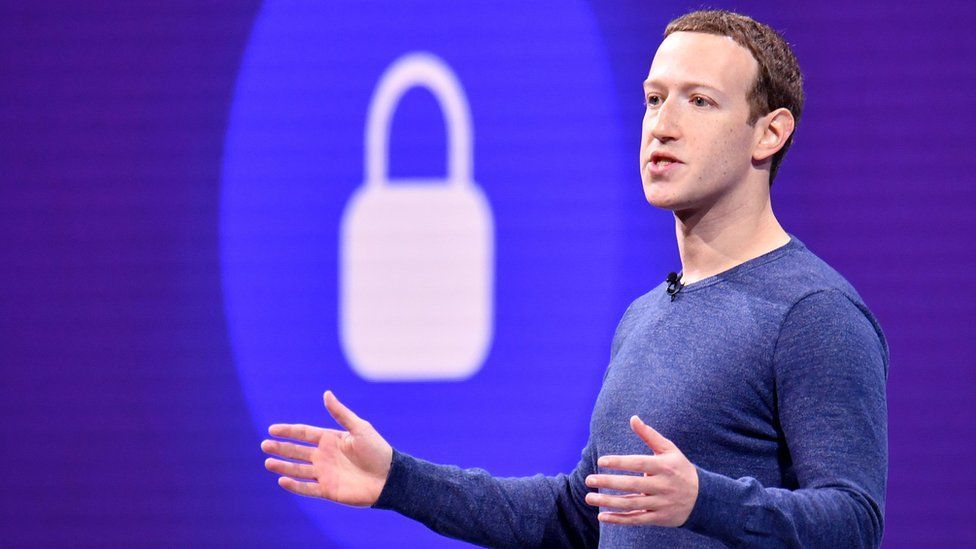 A data leak involving personal details of hundreds of millions of Facebook users is being reviewed by Ireland's Data Protection Commission (DPC).

The database is believed to contain a mix of Facebook profile names, phone numbers, locations and other facts about more than 530 million people.

Facebook says the data is "old", from a previously-reported leak in 2019.

But the Irish DPC said it will work with Facebook, to make sure that is the case.

Ireland's regulator is critical to such investigations, as Facebook's European headquarters is in Dublin, making it an important regulator for the EU.

The most recent data dump appears to contain the entire compromised database from the previous leak, which Facebook said it found and fixed more than a year and a half ago.

But the dataset has now been published for free in a hacking forum, making it much more widely available.

It covers 533 million people in 106 countries, according to researchers who have viewed the data. That includes 11 million Facebook users in the UK and more than 30 million Americans.

Not every piece of data is available for every user, but the large scale of the leak has prompted concern from cyber-security experts.

The DPC's deputy commissioner Graham Doyle said the recent data dump "appears to be" from the previous leak - and that the data-scraping behind it had happened before the EU's GDPR privacy legislation was in effect.

"However, following this weekend's media reporting we are examining the matter to establish whether the dataset referred to is indeed the same as that reported in 2019," he added.

Despite the claims of the data being "old", some security researchers remain concerned due to the unchanging nature of the data involved.

Phone numbers, for example, are unlikely to have changed for many people in the past two to three years, and other information - such as a date of birth or hometown - never change.

Alon Gal, a well-known personality in cyber-security circles who tweets as @UnderTheBreach, wrote that the phone number database first appeared in January, where hackers could look up the phone database for a small fee.

But the widespread leak of the database "means that if you have a Facebook account, it is extremely likely the phone number used for the account was leaked," he tweeted.

"I have yet to see Facebook acknowledging this absolute negligence of your data," he added.

This is a cautionary tale on a colossal scale.

Often they are discovered by well-meaning security researchers and are either deleted or made safe swiftly before the bad guys stumble upon the treasure trove.

However, sometimes it's too late.

This case highlights that a company's defence "we've fixed it now" is not good enough.

The horse had bolted long before the stable doors were closed. And clearly, the horse has been having a field day for years since.

The database has likely changed criminal hands many times before now being offered for free.

Facebook may claim this is "an old story", but clearly it's one that keeps coming back to bite it - and, more importantly, its users.

Troy Hunt, a security expert who runs HaveIBeenPwned - an online service for users to check if their information has been involved in a data breach - said queries were six times higher than normal since news of the database's release broke.

He also suggested that the leaked dataset could be very useful "for a targeted attack where you know someone's name and country" - though it would be much harder to use for a blanket mass cyber-attack.

"But for spam based on using phone number alone, it's gold," he added.

"Not just SMS, there are heaps of services that just require a phone number these days and now there's hundreds of millions of them conveniently categorised by country with nice mail merge fields like name and gender."