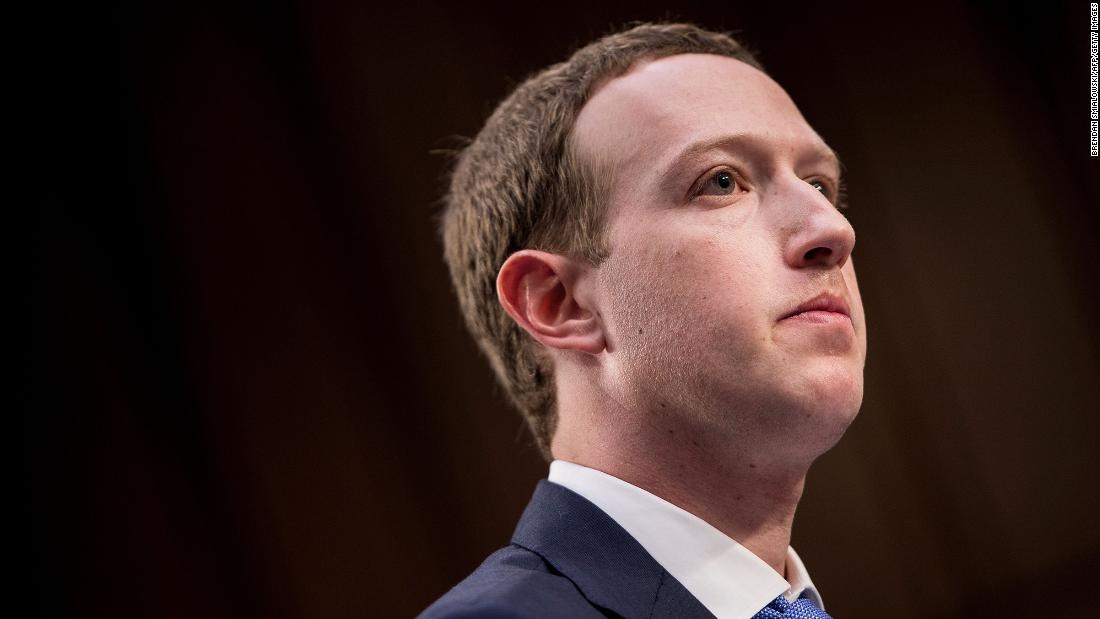 Facebook bans news in Australia as fight with government escalates

What is Facebook without news? People and publishers in Australia are now finding out.

Facebook (FB) has barred Australians from finding or sharing news on its service, a dramatic escalation of a fight with the government that may have wide-ranging consequences both in the country and around the world.

The social networking company on Wednesday said that people and publishers in Australia will no longer be able to share or see any news from local or international outlets. The decision appears to be the most restrictive move Facebook has ever taken against content publishers.

The company's action comes after months of tension with the Australian government, which has proposed legislation that would force tech platforms to pay news publishers for content.

"What the proposed law introduced in Australia fails to recognize is the fundamental nature of the relationship between our platform and publishers," Campbell Brown, Facebook's vice president of global news partnerships, wrote in a blog post. "Contrary to what some have suggested, Facebook does not steal news content. Publishers choose to share their stories on Facebook."

"I hope in the future, we can include news for people in Australia once again," Brown added.

The decision effectively makes good on a threat Facebook made during a hearing in Australia's senate last month, when the company suggested it could block content in the country if the bill becomes law.

The news ban has already been met with confusion and criticism in the country. Fire and emergency services, domestic violence charities, state health agencies and other organizations said they were also affected by the restrictions, prompting outrage among those who said Facebook was restricting access to vital information. In response, the company has said it will reverse pages "inadvertently impacted" by its move.

"These actions will only confirm the concerns that an increasing number of countries are expressing about the behaviour of Big Tech companies who think they are bigger than governments and that the rules should not apply to them," wrote Australian Prime Minister Scott Morrison in a post on his own
Facebook page, which did not appear to have been affected by the restrictions. "They may be changing the world, but that doesn't mean they run it."

Officials said the move came without prior warning from the company.

"Facebook was wrong," Australian Treasurer Josh Frydenberg told reporters at a press conference Thursday. Frydenberg has been a key liaison between the government and the tech firms on the issue, having met earlier with Facebook CEO Mark Zuckerberg to discuss the proposed legislation.

"Facebook's actions were unnecessary, they were heavy-handed, and they will damage its reputation here in Australia," he added.

The fight between Big Tech and Australia has been brewing for a long time. The country's regulators released a draft of their proposed rules last summer, which would allow certain media outlets to bargain either individually or collectively with Facebook and Google (GOOGL) so they could be paid for the news distributed on those websites.

Publishers have been arguing for these rules, too, and one of the fiercest proponents is Rupert Murdoch's News Corp (NWS).

The Murdoch-owned news conglomerate — which includes much of Australian media and some UK outlets, as well as the Wall Street Journal and New York Post in the United States — struck a deal earlier this week with Google, which along with Facebook has been a vocal critic of the proposed Australia rules.

Google, which had earlier threatened to shut down its search engine in Australia altogether if the rules become law, has signaled now that it is taking a different approach from its Silicon Valley rival.

Regardless of how Big Tech approaches the situation in Australia, the tussle between governments and these companies has become more pressing as authorities in the United States, Europe and elsewhere consider new laws to keep them in check.

Facebook and Google, meanwhile, have debuted programs to pay for news in recent years, though those services aren't available everywhere.

Facebook, for example, created Facebook News, a section of the app featuring curated news stories where selected publishers are paid for participating.

William Easton, managing director of Facebook Australia and New Zealand, wrote in a blog post on Wednesday that Facebook was set to launch the feature in Australia but only "with the right rules in place."

Facebook says that given the likely new rules in Australia, the company plans to take its news feature elsewhere.

"This legislation sets a precedent where the government decides who enters into these news content agreements, and ultimately, how much the party that already receives value from the free service gets paid," Easton said. "We will now prioritise investments to other countries, as part of our plans to invest in new licensing news programs and experiences."

As for Google — which has already announced plans to license news — the News Corp agreement this week will allow that media organization's US, UK and Australian publications to participate in News Showcase, a new product in which publishers can curate and decide for themselves how to present their content on the platform. Google has committed $1 billion over three years to the program. It has since partnered with more than 500 publications worldwide, Don Harrison, president of global partnerships at Google, said Wednesday. 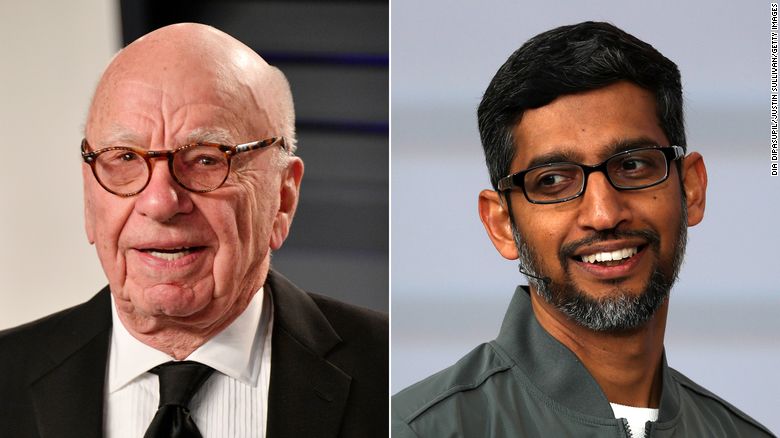 News Corp's deal with Google extends beyond News Showcase. News Corp said in its press release that the partnership will include developing a subscription platform, sharing ad revenue and investing in audio and video journalism.

Google declined to share the terms of the deal, but News Corp's press release claimed it will receive "significant payments."

News Corp CEO Robert Thomson thanked Google CEO Sundar Pichai and his team for showing a "thoughtful commitment to journalism that will resonate in every country." Thomson also held up the partnership as a major win in the company's long fight against tech platforms.

"This has been a passionate cause for our company for well over a decade and I am gratified that the terms of trade are changing, not just for News Corp, but for every publisher," Thomson said in a statement. "For many years, we were accused of tilting at tech windmills, but what was a solitary campaign, a quixotic quest, has become a movement, and both journalism and society will be enhanced."