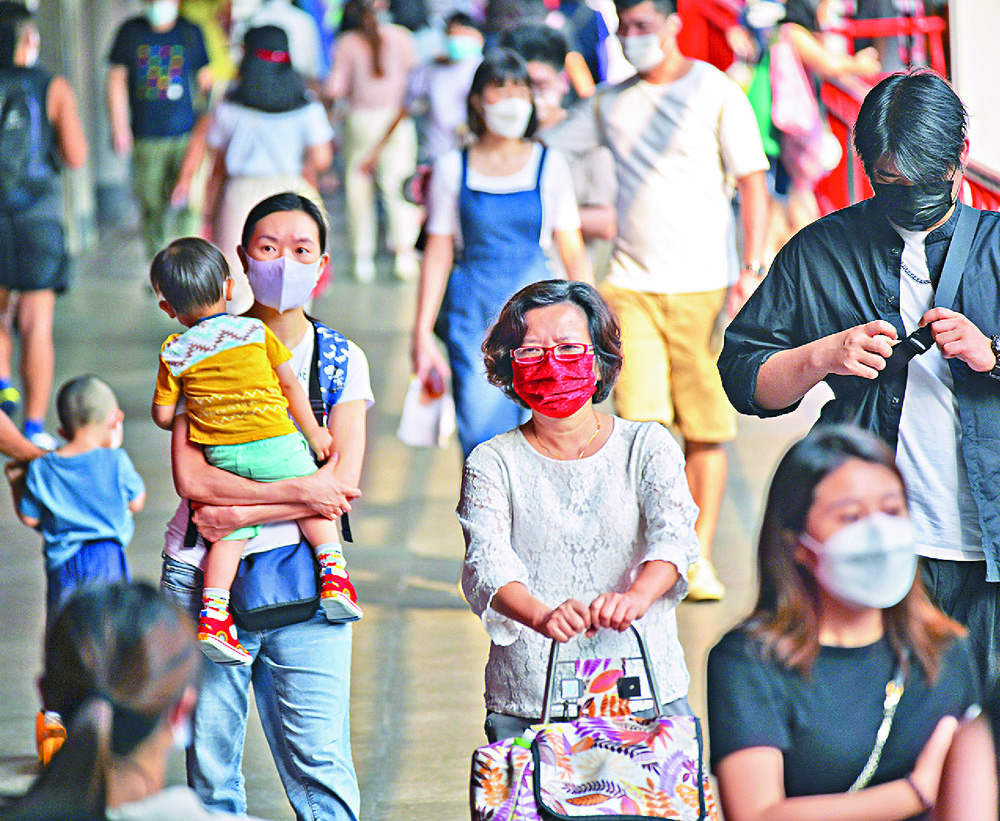 One fifth of colored face masks were found to have exceeded the bacteria limit set by the European Union, the Consumer Council said, warning that this can lead to skin irritation and more dire health consequences for the elderly and the chronically ill.
The watchdog tested 30 models of colored or patterned single-use surgical masks. Of these, six - Stand Out, masHker, Savewo, H-Plus, Casetify and Medox - had microorganisms on their surfaces that exceeded the limit of 30 colony-forming units per gram as outlined by the EU. Also, Casetify had the highest bioburden of 219.9 CFUs.

The chairwoman of the council's research and testing committee, Nora Tam Fung-yee, said yesterday the findings were "worrisome," adding immunocompromised people should exercise greater caution when choosing their masks.

The results are "very unsatisfactory and disappointing. We have to wear masks for a long time and in almost all cases, they're so close to our faces," Tam said.

"Therefore, if they have exceeded the bacterial count, that means they are unsafe and unhygienic," she said.

Apart from bacteria levels, the council also tested for average bacterial-filtration efficiency and particle-filtration efficiency, both of which signal their level of protection against viruses. All 30 models managed to reach 95 percent for both measures, which is equivalent to level one - or the lowest protection level - of the American Society for Testing and Materials' standards.

Five of the mask samples from Maskology were found to have bacterial-filtration levels between 96.7 percent and 97.3 percent, lower than its claim of 99 percent.

In the particle-filtration test, 24 models tested satisfactorily with masks from Savewo, Wilson Tech, masklab, MaskOn and GoldPro performing the best.

Some 19 models were found to offer a lower level of protection than what they had claimed, including Facewear by Mask Factory and Medox.

The watchdog also used synthetic blood to simulate the splashing of body fluids onto the masks.

Nineteen models passed the test but those from masklab and Sunlight performed poorly.

Significantly, the council said, none of the 30 colored or patterned masks were found to contain the carcinogen azo dyes, showing similar levels in this measure to monotone surgical masks.

The watchdog also announced that it had received 253 complaints related to masks in the first seven months of the year, up 75.5 percent from the 144 cases over the same period last year.
Add Comment