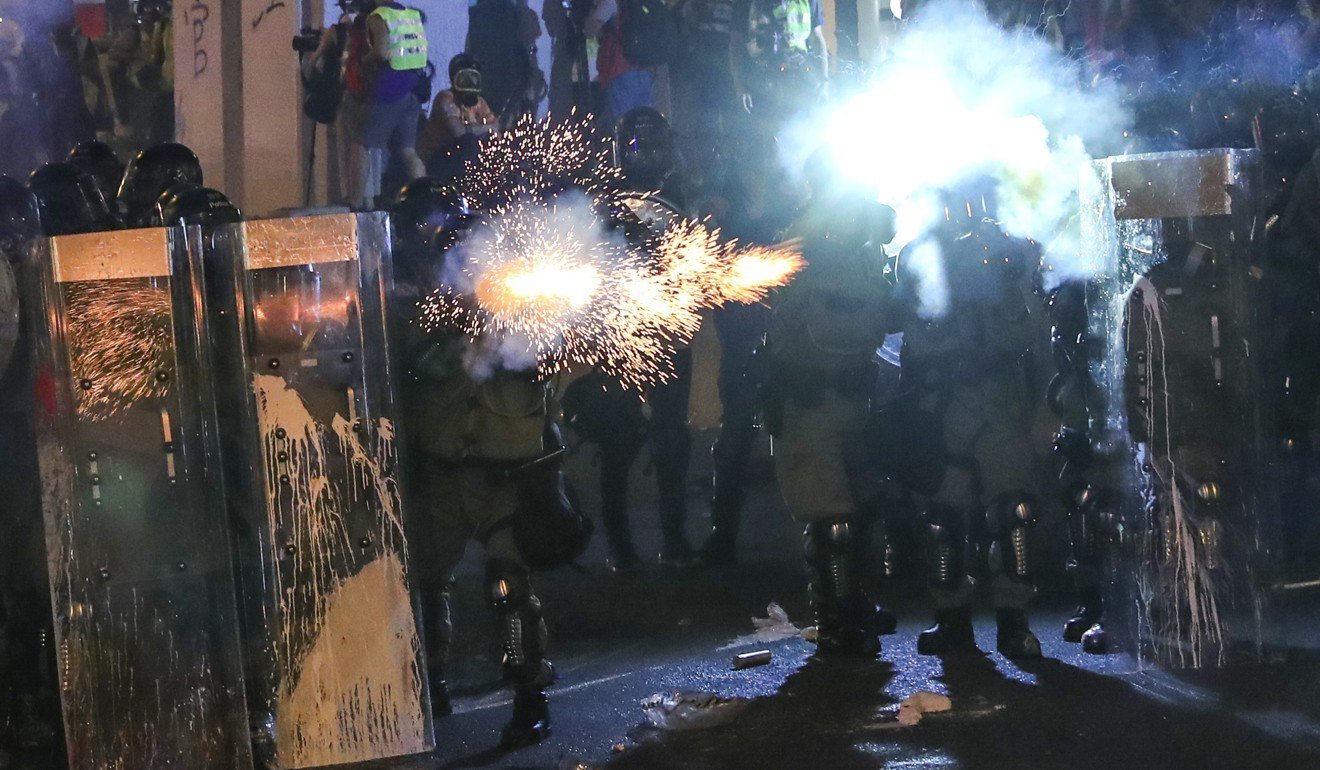 Sales totals down 6.7 per cent year on year, the fifth such monthly decline in a row. Government blames weak global and local outlooks and other headwinds weighing on consumer sentiment.

Recent unrest in Hong Kong combined with the US-China trade war to deal a heavy blow to city retailers in June, cutting sales totals by 6.7 per cent for the fifth monthly year-on-year decline in a row.

Estimated total sales for the month stood at HK$35.2 billion (US$4.5 billion), leaving the first half of the year down 2.6 per cent year on year.

Its spokesman said the near-term retail performance would probably be subdued, because of the weak global and local economic outlooks and other headwinds weighing on consumer sentiment.

“The recent mass demonstrations, if continued, would also dent the retail business further,” he warned.

Retail Management Association chairwoman Annie Tse Yau On-yee said sales performance in June should not have been worse than a year earlier because the month had five weekends – generally prime shopping times.

“The impact brought by the US-China trade war, coupled with recent protests, have hit the retail sector hard,” she said.

Tse said the recent protests, now in their eighth week having been sparked by the now-abandoned extradition bill, were worse for retailers than 2014’s pro-democracy Occupy sit-ins.

“During Occupy Central, it’s about occupying roads ... the impact on shopping malls and other aspects was not big,” she said. “But this time, protesters resort to different ways and destinations to express their demands. So the impact is bigger.”

The unrest brought uncertainty to a local economy already caught in the middle of the US-China trade war and suffering souring investor sentiment, which indirectly affects consumer confidence.

In the second quarter, the city reported a 0.6 per cent year-on-year increase in gross domestic product, an identical growth rate to that of the first quarter — also the smallest quarterly increase in nearly a decade.

Listed retailers such as Aeon, Bonjour and Giordano posted profit warnings with the Hong Kong stock exchange for the first half of 2019.

They attributed drops in sales to a weaker retail environment and poor market sentiment in Hong Kong and mainland China, brought on by the trade war and the depreciation of the yuan.

Bonjour also cited “demonstrations and social unrest in Hong Kong” as having an impact on its first-half performance.

Tse, the association head, made a similar forecast and expected sales values in the next few months would drop by double digits if the political crisis rages on.

Citing her members, Tse said visitor numbers had plummeted by at least 30 per cent last month in districts popular with tourists, while local retailers were cautiously reviewing staffing and recruitment plans.

“Some members have reflected that it’s inevitable to lay off staff if the situation continues to worsen,” she said.