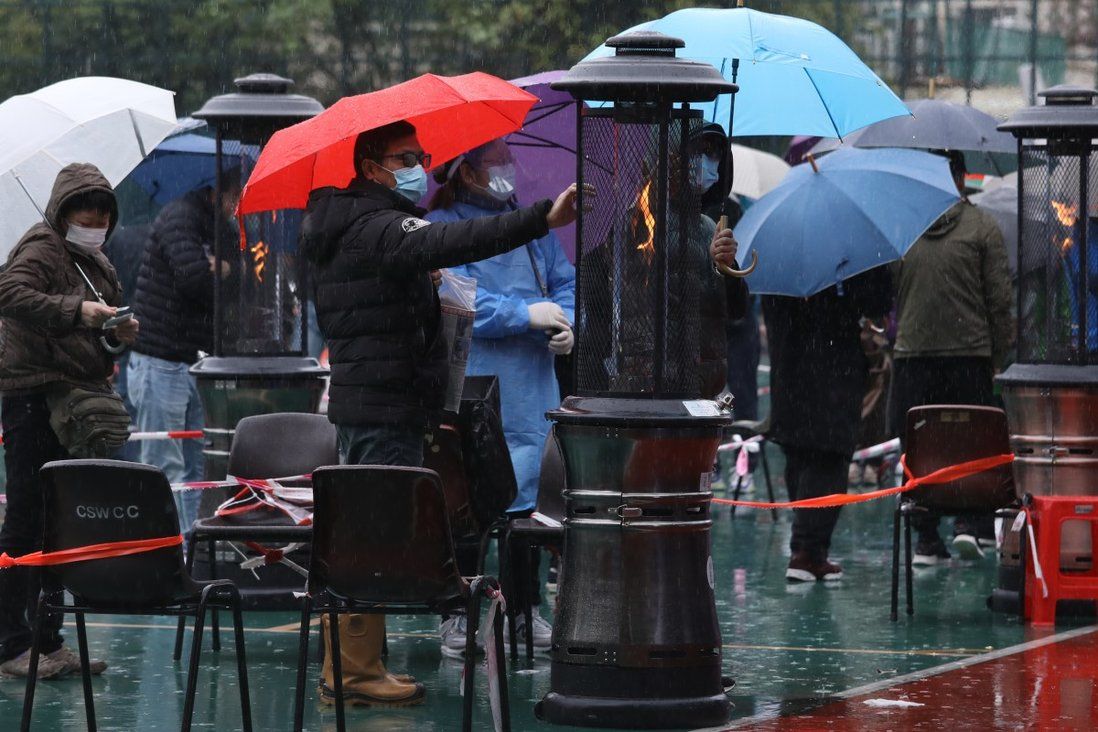 Authorities have switched to releasing just one figure that combines suspected and confirmed infections, in a move that has drawn criticism.

A recent decision by health authorities to change the reporting method of Covid-19 infections in Hong Kong has sparked a debate on how to provide the best information to residents during the worsening fifth wave.

Epidemiologists from mainland China have also called on the government to address public fears by releasing more details about deaths linked to the virus.

The Centre for Health Protection announced on Sunday it would no longer make public the number of suspected cases, as a backlog in testing meant the figures no longer reflected reality.

“When there is delay in the testing, the [preliminary-positive] number will not reflect the actual trends,” said the centre’s controller Dr Edwin Tsui.

Instead, a figure of “reported infections” combining confirmed and suspected cases received on a particular day by the Department of Health would be released, he added.

But officials agreed on Tuesday to offer more information about cases, such as vaccination status, following the calls from the mainland experts.

The number would include suspected cases submitted by private hospitals, clinics and testing labs, all of which must be confirmed by the department’s lab, as well as the figures from the Hospital Authority. But the number would exclude cases awaiting confirmation.

Infectious disease expert Dr Leung Chi-chiu argued that disclosing a separate figure for preliminary-positive cases offered a clearer picture on whether an outbreak was growing worse and he called on health authorities to return to the previous practice.

“With the backlog in case confirmation, the number of daily preliminary-positive cases may be a better indicator of the Covid-19 trend,” he said.

Leung said he believed a clear reporting of suspected infections separate from the case total for any one day was needed to “ensure that the pandemic would not run wild and collapse our health care system”.

The pro-establishment Democratic Alliance for the Betterment and Progress of Hong Kong ratcheted up the pressure on Tuesday, slamming the government for the “severe delay” in the announcement of confirmed infections, which led to an “underestimation” of the pandemic.

But Dr Chuang Shuk-kwan, head of the centre’s communicable disease branch, said on Tuesday that given preliminary-positive figures included cases from several days ago which had not been confirmed, they did not present an accurate picture of what was happening on any given day.

Hong Kong recorded 8,013 reported infections on Tuesday, compared with 126 cases logged on February 1, which averaged out to an “exponential increase every three days”, she said.

Chuang’s colleague Dr Au Ka-wing offered additional reasoning on Monday, saying: “The figure that can let us know the real-time case trend is the reported figures, because all preliminary-positive infections are immediately logged on the Department of Health’s system.”

The debate over Covid-19 information widened with mainland epidemiologists wading in. Citing suggestions from the delegation of experts who visited Prince of Wales Hospital on Monday for talks about treatment, Professor David Hui Shu-cheong said officials could provide more information about other aspects of the wave.

“There could be more detailed information on the deceased, such as whether they had underlying illnesses and were therefore unsuitable to be resuscitated, and whether they were elderly care home residents and had been vaccinated,” he said. “This could avoid worries in the public’s mind.”

Hui supports the authorities’ decision to announce the “reported figures”.

“They’ve made it clear preliminary-positive could mean cumulative data over several days and didn’t mean very recent infections,” he said.

“The analysis of this information will become critically important in the coming weeks and be relied upon as a basis of anti-epidemic policies,” Leung said in a Facebook post.

“Use simple messaging to share them with citizens, so they could better understand their infection risks and cooperate with the government’s policies.”

But Dr Lau Ka-hin, a chief manager of the authority, argued that a timely release of the information could be difficult, telling a press conference on Monday: “We are in the middle of a war right now … we hope the public can understand if there is not enough information at this time.”

Officials said of the 102 deaths related to the fifth wave, seven were vaccinated and most were elderly. Lau also revealed that 39 deaths were logged on Tuesday, and gave additional details about the youngest victim, saying the 45-year-old was bed-bound at a care home and suffered from underlying illnesses.