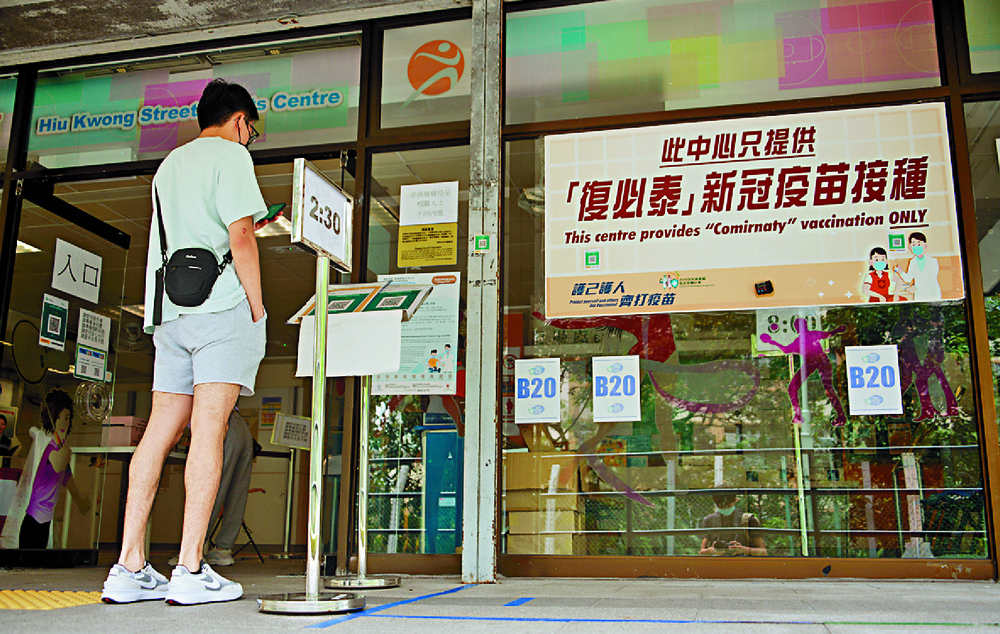 Hong Kong should allow citizens to get the booster jab as soon as possible if the city wants to reopen borders with the mainland as people in the mainland have started getting a third jab, says University of Hong Kong infectious disease expert Ho Pak-leung.
Speaking on a radio program yesterday, Ho said the mainland has updated its guidelines on Covid-19 vaccines, recommending that everyone aged 18 or above should get a booster six months after the second jab.

"Mainland authorities have been encouraging people to get a booster shot for two months while Hong Kong doesn't even have a proposal yet."

Ho also called on the government to allow people to choose the vaccine they wish to get as the booster jab, whether they want to get the Sinovac or BioNTech vaccine.

"Studies have shown that receiving BioNTech as a booster shot can lead to a higher antibody level," Ho said.

"But some citizens may also have confidence in Sinovac jabs and the government should give them the right to choose between them."

But mainland health experts said people should not mix the jabs. They should get the same type of vaccine as their first two shots.

The deputy director of the National Bureau of Disease Control and Prevention, Wu Liangyou, said people should receive a third jab with the same technology used by the first two.

All four have been vaccinated and three of them are carrying the L452R mutant strain present in the Delta variant.

The government announced yesterday it will accept vaccination records issued by the governments of Cambodia, Kazakhstan and the British Virgin Islands starting tomorrow.

And Royal Caribbean International said yesterday it would cancel another three-night trip on Spectrum of the Seas set to depart Thursday after a crew member's positive Covid-19 result from his infection in July.