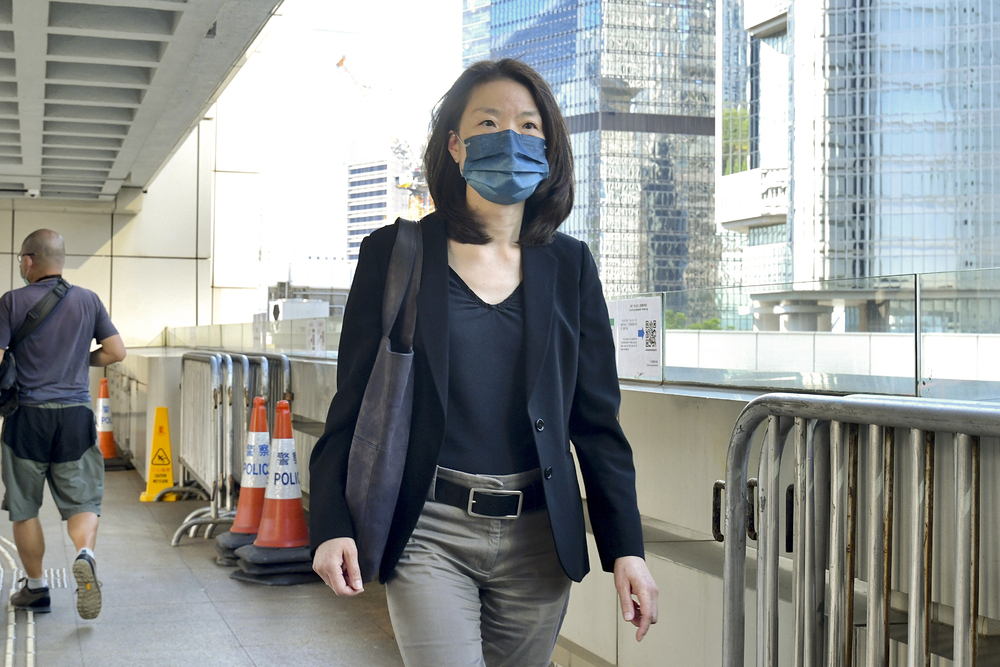 It is unreasonable to say the slogan “Liberate Hong Kong, revolution of the times” advocates independence just because the slogan appears at the same time as other pro-independence slogans, a University of Hong Kong expert testified in the trial of Hong Kong’s first national security defendant.
A lot of different slogans were used in protests such as the July 1 rally in previous years, but those slogans might not be related, professor of HKU’s Department of Politics and Public Administration Eliza Lee Wing-yee told the High Court today.

Tong Ying-kit, a 24-year-old waiter, allegedly drove his motorcycle into police in Wan Chai while flying a flag with the slogan “Liberate Hong Kong, revolution of the times” on July 1 last year -- the day the national security law went into effect.

He has pleaded not guilty to inciting secession, terrorism and an alternative charge of dangerous driving causing grievous bodily harm to three police officers.

Lee told national security judges Anthea Pang Po-kam, Esther Toh Lye-ping and Wilson Chan Ka-shun today that people would chant different slogans in protests, including those fighting for the rights of sexual minorities or that of domestic workers.

But it did not mean that those slogans were related and not everyone who joined the protests would agree with all slogans shown there, she said.

Lee also said protesters holding Hong Kong's colonial flag did not hope that the United Kingdom would take over Hong Kong, but to voice discontent over the city’s current situation and to reminisce about old times.

Those protesters might want to restore the social environment and order during the colonial period, and it did not mean that they wanted to restore colonial rule, she added.

Lee also said that restoring colonial rule was not the same as advocating Hong Kong independence.

Chan agreed to Lee’s claim, but he later retracted his statement after discussing it with the other two judges.

Under cross-examination, deputy director of public prosecutions Anthony Chau Tin-hang said the word “liberate” means to set someone or a country free from other’s control, and “liberate Hong Kong” means to “reclaim” Hong Kong from the hands of the enemy.

Lee agreed that it could be one of the interpretations of the slogan, but it was an unreasonable and poor understanding.

Hong Kong is never an independent country and it never has sovereignty, therefore, it could never “reclaim” its sovereignty from China, she added.

Chau also questioned Lee was not a history expert and said the Chinese history education she received was only at form three level. But Lee said she took history as a minor subject at the Chinese University and was familiar with Chinese history when conducting politics studies.

Lee also said she wrote the expert report after conducting online questionnaires, focus group interviews, phone interviews, and investigation at protest scenes, while the prosecution expert Lau Chi-pang only relied on police statistics on the use of slogans.