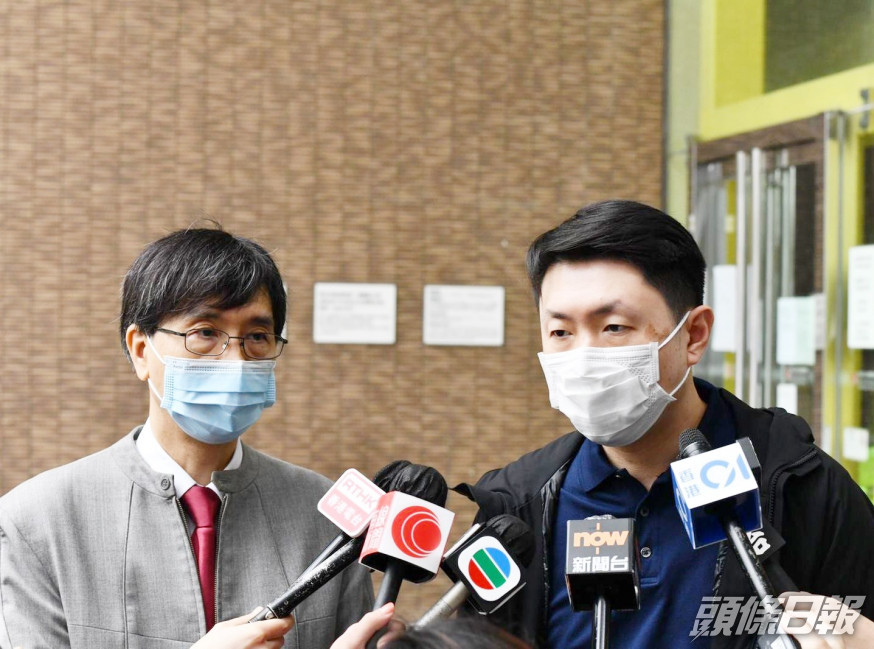 The expert panel on Covid vaccines for Hong Kong’s mass inoculation drive will meet to discuss the death of a Sinovac recipient next Monday, as the city reports eight new cases today.
The female patient, 55, died of a stroke three days after receiving the mainland-produced jab at the Kwun Chung Sports Centre on Tuesday. She was sent to the Kwong Wah Hospital after developing stroke symptoms yesterday, and passed away in the early hours of Saturday.

Professor Ivan Hung Fan Ngai, co-convenor of the Expert Committee on Clinical Events Assessment Following Covid-19 Immunization said it was still unclear if the woman’s death was directly linked to the vaccine due to the lack of information.

“We don’t have the evidence [showing that the woman’s stroke was triggered by the vaccine] at the moment,” said Hung.

The woman was among the latest victim who died after getting a Sinovac jab, following the death of an ill man last week.

The man, 63, passed away two days after receiving the Sinovac shot at the same center where the second victim was inoculated, but experts had determined his death was not linked to vaccine.

Hung believed the venue of inoculation wasn’t related to the deaths, and stressed chronic diseases patients who receive medication and visit doctors regularly can take the shots safely.

“I believe [the two patients who died after getting the jabs in the same center] is merely a coincidence,” said Hung.

But those who do not have a “proper control” over their chronic illness should advise doctors before inoculations.

He added the expert panel concluded that residents over 60 years old are safe to get the jabs after reviewing the data on the vaccines once again, and it would not suspend the mass vaccination scheme.

Yuen, also a government adviser on the pandemic, said he inoculated himself with the Germany-US manufactured jabs, which came with greater side effect symptoms compared to the Sinovac vaccines.

He explained he decided to take the BioNTech shots which offered greater protection because he has no coronary, brain or chronic illness and that he has to frequently meet patients and visit outbreak areas.

He hoped his inoculation could set a sample to the public, and urged residents to register for the vaccines as soon as possible.

“The vaccines can safely and effectively help to contain the pandemic,” said Yuen.

Meanwhile, the Centre for Health Protection said the new infections today involved four imported and four local cases, two of which were untraceable.

A man who had previously used the toilet at the K11 Musea mall in Tsim Sha Tsui was among the cases with unknown sources.

Dr. Albert Au Ka-wing, principal medical and health officer of the Department of Health, said the man, 34, had temporarily stayed in the shopping center, where a cluster linked to one of the Chinese restaurants had emerged, after attending a property sales talk with a group of 50 participants.

There were also more than 10 preliminary cases await confirmation, one of them had also visited a cinema at K11 Musea.

Classes in two schools – St. Paul’s Co-educational College and St. Paul’s College – will be suspended for 14 days after two students were infected. The two are sons of a previously confirmed patient.

A woman, 80, died of the virus at the Queen Elizabeth’s Hospital today, bringing the city’s death toll to 202.