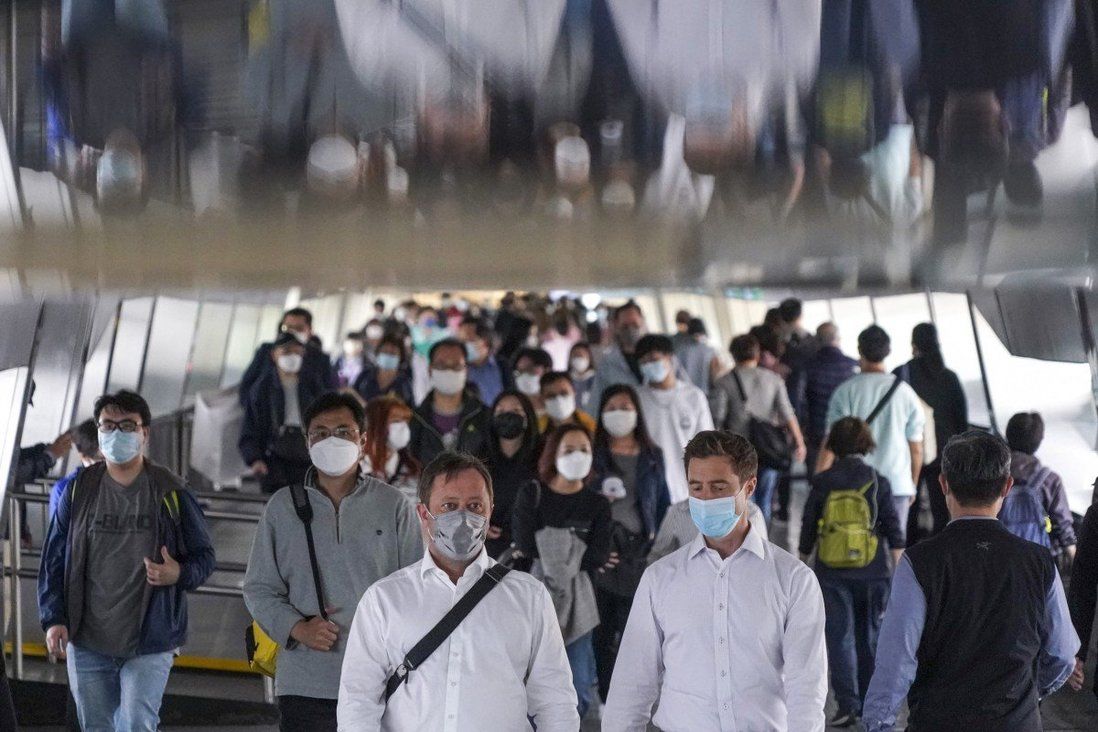 Expat workers in Hong Kong had the lowest growth in pay, benefits in Asia

The city slipped from fifth place in 2020, after a ‘modest’ rise of US$3,800, according to survey by human resources firm ECA International.
Hong Kong had among the lowest growth in pay and benefits packages for expatriate workers in Asia last year, a survey by a human resources consultancy has found, with the firm saying pandemic controls and political uncertainties had turned people away.

The city was ranked No 8 last year for its salary and benefits package, a slip from fifth place the year before, according to the results released by ECA International on Wednesday.

Expatriate pay and benefits packages in Hong Kong were estimated at US$283,000 a year, after a “modest” rise of US$3,800, the survey found. Britain topped the global list with expatriates making more than US$440,000 annually.

“Pay and benefits packages for expatriate staff in Hong Kong recovered slightly in 2021,” said Lee Quane, the agency’s regional director for Asia. “But this was lower than rates of growth when measured in US dollars seen in other regional economies such as Japan and Singapore.”

The costs of benefits for expatriate workers in the city also continued to decline, especially in the area of accommodation, offsetting the increase in cash compensation on overall employment costs.

ECA surveyed over 300 international organisations from 160 countries and cities in the third quarter of 2021, including some 100 firms in Hong Kong.

Although the findings showed Hong Kong’s cash wages for expat workers and overall packages rose by 4.5 per cent and 1.4 per cent last year, they still lagged the overall 9 per cent and 10 per cent growth in most other locations in Asia.

Throughout Asia, Hong Kong’s overall salary and benefits package growth were only higher than Myanmar’s, which was estimated at 0.9 per cent.

Several Asian economies also joined the city in tumbling down the rankings, including Singapore, Japan, Taiwan, Thailand and Vietnam.

Quane attributed Hong Kong’s sluggish growth rate in benefits to a weak US dollar, which the Hong Kong dollar is pegged to, as well as the stringent pandemic controls and the geopolitical tensions surrounding the city.

“Other currencies may have appreciated against the US dollar,” he said. “Hong Kong’s ability to attract expatriate staff today is much less than it was. Part of the reason for that is the change in the current political situation.”

The city has, in recent years, seen an exodus of expatriates due to its stringent Covid-19 controls, which at one point required arrivals from some high-risk countries like Britain to quarantine for three weeks.

The departures also followed a wider emigration tide after Beijing imposed the national security law in 2020, something that led many to feel that their freedoms were curtailed. Beijing and Hong Kong officials have denied the trend was in any way linked to the legislation.

To regain Hong Kong’s attractiveness to expatriate workers, Quane said the city needed to return to a pre-pandemic level of normalcy.

“They’re looking to be in an environment where there is no Covid restriction, no quarantine upon arrival, and there’s a reduction in the need to wear masks.”
#COVID-19  #Covid
Add Comment