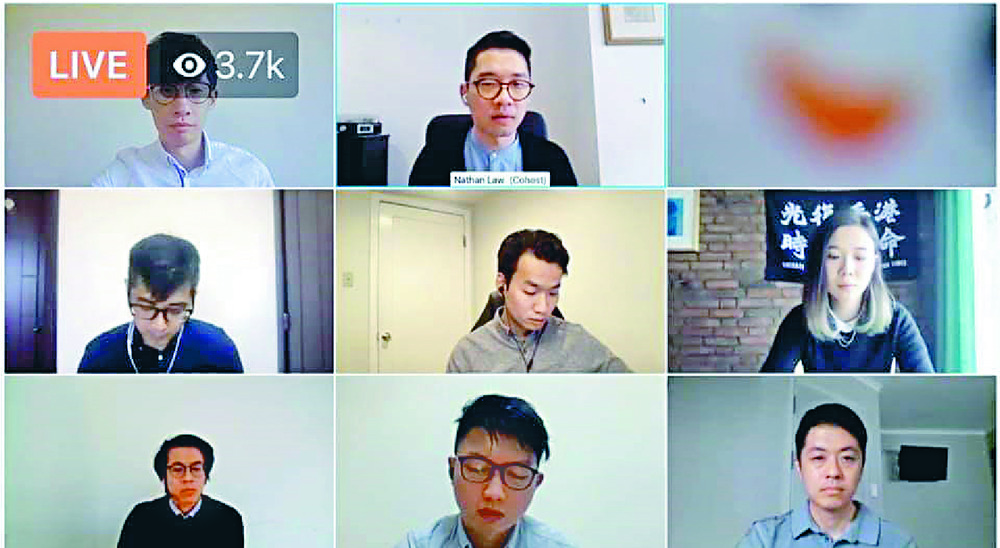 Eight democracy activists now in self-imposed exile have launched the "2021 Hong Kong Charter."
In it they urge Hongkongers living abroad to fight for democracy in the SAR.

The group called on Hongkongers now overseas to sign the charter-petition to demonstrate their support in the fight for democracy, freedom and autonomy.

The petition calls for "the right to determine the future and affairs of Hong Kong," a separation of powers in government, the end to criminalizing speech and dropping of all charges against political exiles.

The charter also calls for "an end to one-party dictatorship and digital totalitarianism in China," and a halt to "cultural cleansing and genocide in Inner Mongolia, Tibet and Xinjiang."

Activists should also "connect democracy and freedom advocates around the world," including those fighting for social and climate justice and racial equality, the charter says.

"Numerous Hongkongers have no choice but to leave for exile," it said, while people remaining in the special administrative region "are living with the constant fear of being politically persecuted on any day.

"The 2021 electoral reforms imposed by the Chinese Communist Party further annihilated the democratic elements in our elections, putting the last nail in the coffin for one country, two systems."

Law, who left Hong Kong for Britain after the implementation of the national security law in June, said there is a need to bring together the voices of Hongkongers abroad.

"Under such high pressure from China, the diaspora from Hong Kong have more responsibility than ever to speak out and ensure we continue to draw international concern," he said.

Chow said he was in a dilemma before joining as he had not declared himself an exile but decided to join in to "show that Hongkongers will put up a struggle without any hesitation."
Add Comment