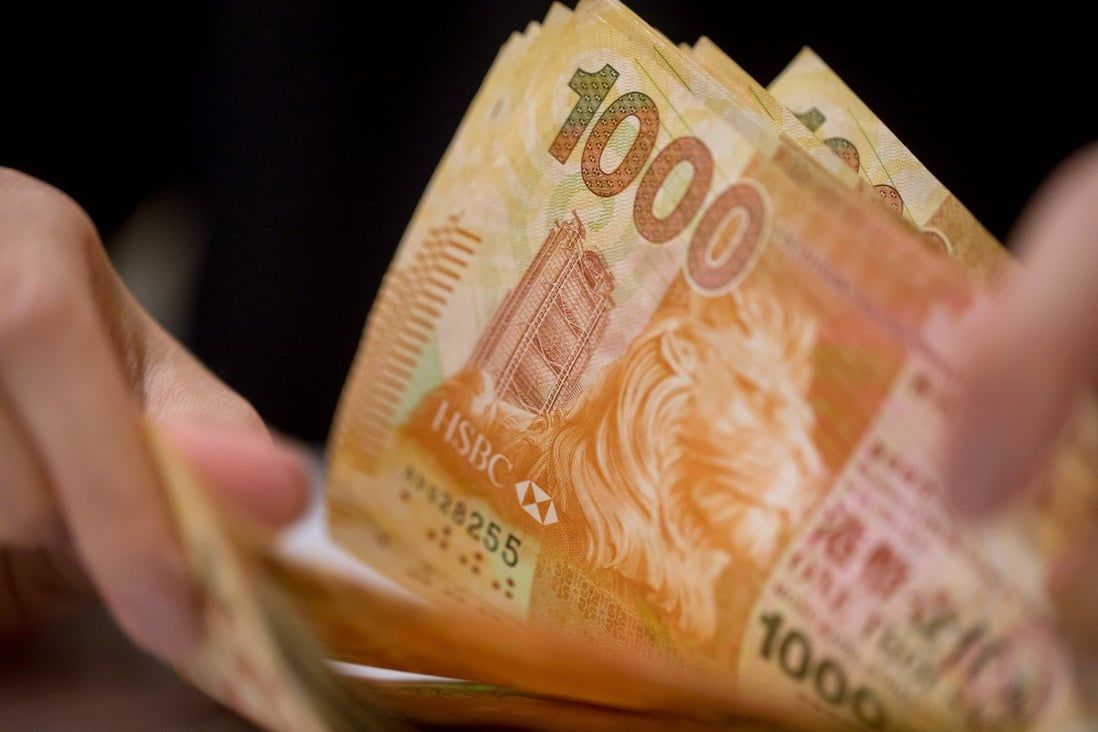 The Hong Kong Monetary Authority is set to launch a new online data platform that will allow many struggling small businesses to get the funds they need, according to its chief executive.

Hong Kong’s struggling small businesses may soon find it easier to get a bank loan, thanks to a new online data platform set to be launched soon by the Hong Kong Monetary Authority.

The Commercial Data Interchange (CDI) will allow banks to make quick and easy decisions about lending to small and medium-sized enterprises (SMEs), according to the HKMA’s chief executive, Eddie Yue Wai-man.

Yue, who will mark his third anniversary at the helm of Hong Kong’s de facto central bank on Saturday, has been a keen promoter of financial technology, often referred to as fintech. During his first three years, the HKMA has granted eight virtual bank licences, and initiated a project aimed at introducing a digital currency called the e-HKD.

Fintech will remain a focus for Yue for the two remaining years of his tenure. The next planned move is the launch of the CDI, which will link different data companies, SMEs and lenders.

The banks who join the scheme can access the information they need to determine the creditworthiness of the SME via the data provider.

Many small companies find it difficult to get bank loans as they do not have collateral. Yue said the new platform, scheduled for launch before the end of the year, will allow banks to access the operational data of the SMEs via reliable feeds, thereby allowing them to make a sound and fast decision.

“Data is extremely important in the next phase of fintech development,” Yue said in an interview with the Post.

Data sharing platforms like CDI are “the type of SME finance that we really want in order to allow these companies to have access to quick and cheap bank loans,” he said.

The HKMA has run pilot programmes for the platform since November last year. So far 800 loan applications worth HK$1.6 billion (US$203.82 million) have been approved by banks with access to the SMEs’ credit worthiness through the commercial data made available.

Many such application were made during the 5th wave of Covid-19 this year. SMEs were hit particularly hard by the pandemic, while traditional banks were forced to close branches, pushing companies and individuals to conduct their banking online.

Yue gave the example of a small mask factory in Hong Kong. The owners wanted to ramp up production when they saw the emergence of the Omicron variant at the beginning of the year in different parts of the world.

“There was an urgent demand for masks, and they wanted to meet it by adding another operation line but they could not get the loan,” he said.

The factory allowed its bank to access the necessary records via Tradelink, a company that stores the trade-related documents of many SMEs when they buy materials or export their products to clients.

The lender was able to assess the business profitability of the mask company without wading through mountains of financial statements and examining collateral.

“The mask factory got the loan in just one week and at quite a cheap rate. That allowed them to respond quickly to the market demand for masks arising from Omicron,” said Yue.

Digital currency will be another focus for Yue in the next two years. He plans to start pilots for the e-HKD in the fourth quarter, and a second round of tests for use of the digital yuan, or e-CNY, in Hong Kong.

The HKMA has also been working with the People’s Bank of China and counterparts in Thailand and the United Arab Emirates on project “mBridge” to establish a settlement platform for central bank digital currencies.

“We have done the pilot. It shows that cross-border payments can be done through this new platform in a much cheaper and faster way,” said Yue. “It does not have to take days, but merely seconds through this platform, with transaction costs cut by half.”

Yue took over as HKMA’s chief executive in October 2019 from Norman Chan Tak-lam, who retired. He has been with the HKMA since its set up in 1993.

His tenure has been full of challenges, starting with the social unrest of 2019 which gave way to the coronavirus pandemic and the interest rate rises that are troubling investors this year.

Social distancing requirements during the pandemic have pushed the public to use digital banking. Some 1.6 million virtual bank accounts are now open, with HK$25 billion in deposits and HK$11 billion of loans.

“The next challenge for the virtual banks is to really map out their path to profitability in their business plans. They are looking at five years time to get to profitability,” said Yue. “We still want to monitor the progress of this first batch before thinking about whether to award the second batch of licences.”

For Hong Kong as a whole, he believes the city will need to strengthen its role as a connector between China and the world, and to continue to improve the Wealth Management Connect scheme to further explore opportunities in the Greater Bay Area and green finance.

This is vital because three years of tough quarantine measures prompted an exodus of professionals, while some firms relocated. Yue is confident they will be back now the city has relaxed its quarantine rules.

“In the next few years, we will make the best use of these opportunities to attract the talent and financial institutions to come to Hong Kong,” he said.