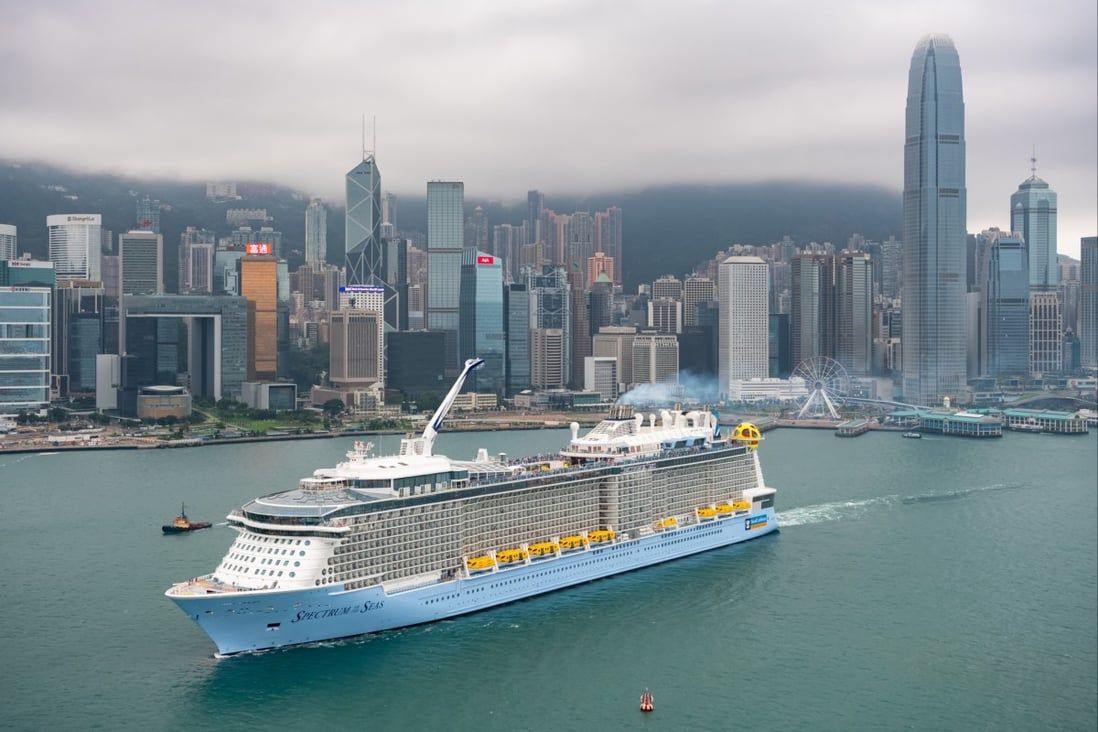 Royal Caribbean expected to scupper plans to relaunch service from Hong Kong because it has taken too long to get government approval.

Cruise line Royal Caribbean International is expected to abandon its plans to relaunch a “cruise to nowhere” service in Hong Kong because it has taken too long to get permission from health authorities, the Post has learned.

A travel industry insider said the company had lost patience and was inclined not to send its Spectrum of the Seas ship back to Hong Kong after a failure to get a clear answer from the government a month after it made an application to restart the service.

The ship was moved to Singapore in February, which dealt a blow to Hong Kong’s underused Kai Tak terminal and to its ambition to become an Asian cruise hub.

Industry leaders last month confirmed Royal Caribbean had tried to get approval from the Health Bureau to resume a “cruise to nowhere” service.

A company representative detailed its precautions and on-board healthcare facilities at a closed-doors meeting in a bid to show how it would deal with potential Covid-19 outbreaks.

An industry source who attended the meeting told the Post it had been expected Royal Caribbean would be given the go-ahead inside a few days to send its ship back to Hong Kong in the fourth quarter of the year as the meeting was “very positive”.

“Unfortunately, the cruise company waited one month, but no reply. So most likely they will announce that they will give up because they can’t wait any more … Even if RCI announces they will come back, it will probably be after December only. We missed the whole summer period,” the source said.

A spokeswoman for the cruise line stopped short of confirmation that it had abandoned its plans to restart a service from Hong Kong.

But she said it was difficult to include the city in any of its plans with no clear road map from officials on further easing of pandemic curbs and that cruise lines needed “considerable lead time to redeploy ships from one region to another”.

“We understand Hong Kong may have different views, and we have been working with the local authorities for over eight months now since our suspension … but we are really running out of time,” she said.

The spokeswoman did not specify which vessel was involved or for how long the company might abandon its plans to set sail from Hong Kong.

She added Hong Kong was “one of the last markets” in the world that had still to resume cruises. 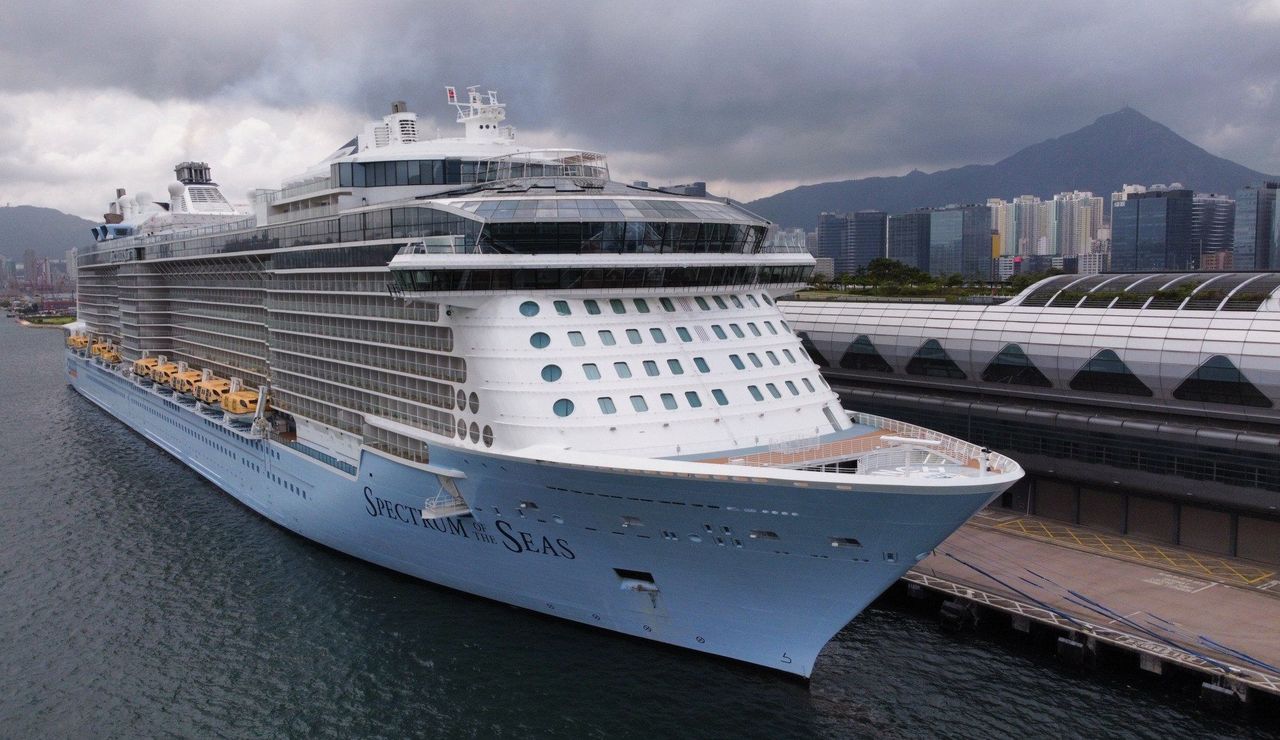 The Spectrum of the Seas docked at Kai Tak Cruise Terminal. Resumption of the ship’s “cruises to nowhere” are in doubt because of delays in getting government approval.

The spokeswoman said that Singapore had restarted cruises almost two years ago and had returned to voyages with destinations from June this year.

She highlighted that more than 125,000 Hongkongers enjoyed trips last year with zero infections and emphasised that “cruises to nowhere” were a safe holiday option.

“Cruises to nowhere” where a ship puts to sea, but does not dock anywhere else before returning to its home port, have been used over the coronavirus crisis in a bid to keep the industry ticking over.

The news came as a string of major sports events were cancelled or moved elsewhere because of strict Covid-19 rules or the government’s failure to make decisions in time to allow proper organisation.

It also came as the city considered an end to hotel quarantine measures for overseas arrivals if the number of new Covid-19 infections stabilised.

Cruises were scuppered earlier this year after the government increased efforts to stem the spread of Omicron variants of Covid-19, which forced the cruise industry and tourism in general to grind to a halt.

Freddy Yip Hing-ning, the managing director of Goldjoy Holidays, warned any further delays on easing curbs by the government would hurt the travel sector further.

He added the resumption of cruise services would provide “great help” to the battered industry.

“If the ship comes back, the Hong Kong government will immediately have a good image. The port can hire a few hundred people to work immediately.”

He said travel agencies were struggling because of a lack of income, but the resumption of a cruise service would allow them to earn some commission when customers made bookings through their platforms.

A spokesman for the Health Bureau said the government had been exploring whether there was scope to refine its safety measures for cruise ships.

He said factors like transmission risks, infection control requirements and industry concerns would be taken into account and that the government’s decisions would be announced in a timely manner.

The spokesman emphasised that the government was committed to allowing the resumption of normal social and economic activities as soon as possible, but also had to safeguard public health.

He highlighted that cruise operations have been allowed to restart under the second phase of social distancing relaxation measures in May.