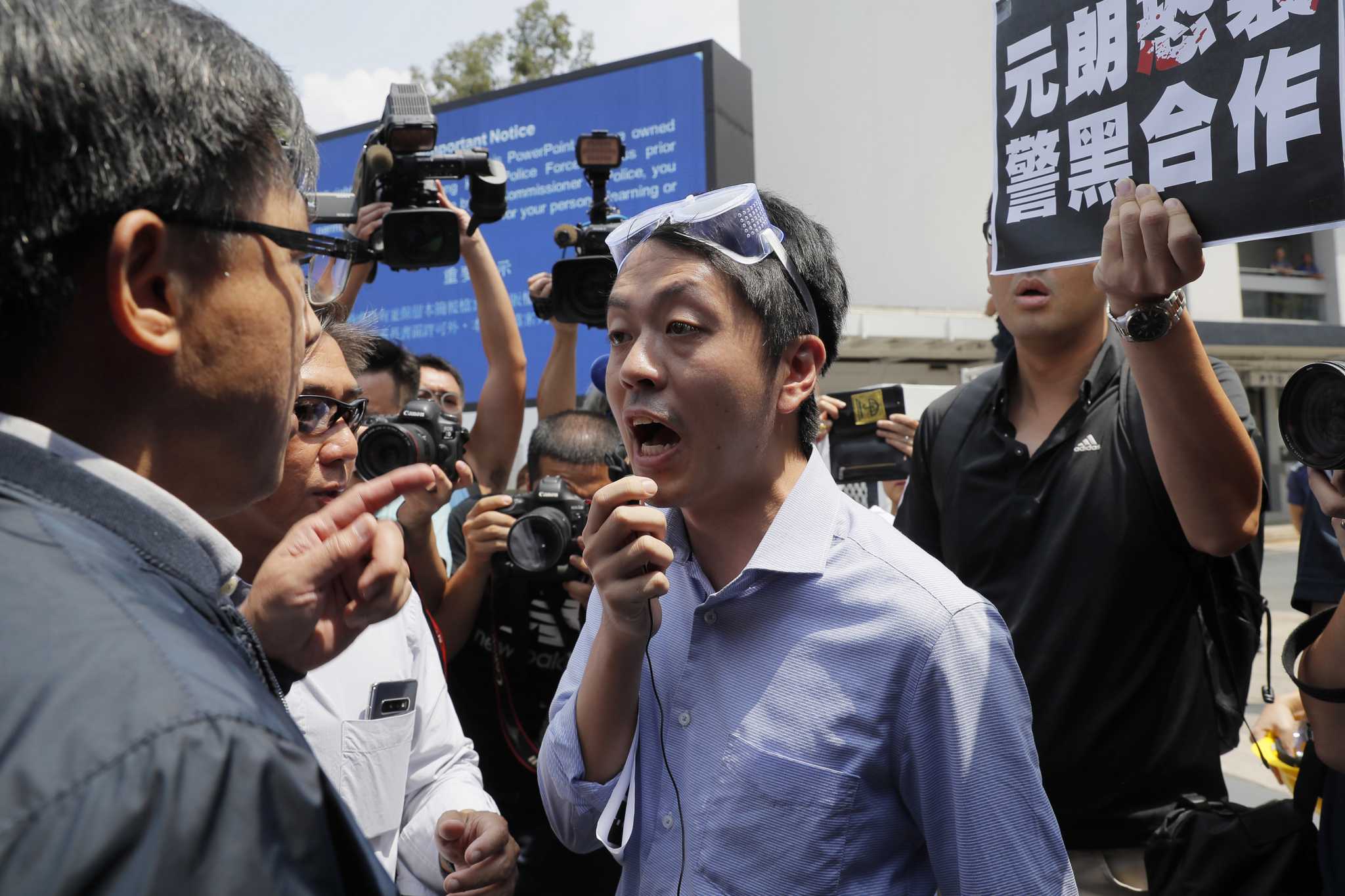 A Hong Kong pro-democracy activist who is visiting Denmark urged European nations on Wednesday to allow protesters in Hong Kong "a safe haven from the terror” of China's Communist Party.
“The situation in Hong Kong is getting worse by the day and it is important that the world knows that Hong Kong is no longer a free city,” Ted Hui said in an email to The Associated Press.

Britain has extended residency rights for up to 3 million Hong Kongers eligible for British National Overseas passports, allowing them to live and work there for five years.

Britain also has followed the United States, Australia and Canada in suspending extradition agreements with Hong Kong, a city of 7.5 million people which became a special administrative region of China in 1997 after Britain returned control of the territory to Beijing, which promised it autonomy over local affairs for 50 years.

Hui arrived in Denmark on Tuesday “to change the Danish government’s stance,” according to Thomas Rohden, chairman of the Danish China Critical Society, which organized his trip. A former Hong Kong legislator, Hui was able to get his passport back from the government and a visa after receiving an invitation from Danish lawmakers.

“When I began in politics, I never dreamed that the day would come that I could be jailed but democracy is fragile, and it is duty of all democrats everywhere to stick together in times of crisis. I call upon European countries such as Denmark to follow in the footsteps of Great Britain and allow protesters in Hong Kong a safe haven from the terror of CCP,” he said.

“All politicians around the world should stand up for democracy together and face the realities of the situation in Hong Kong. If democracies do not stand together, we will fall together,” Hui said.

Denmark Foreign Minister Jeppe Kofod said he was not aware of the visit and had “no plans to meet him.”

Denmark is “conducting a critical dialogue with the Chinese authorities on the very worrying situation in Hong Kong, as well as coordinating closely with the EU,” Kofod said in a statement.

Since the start of the protests in June 2019, Hong Kong police have made more than 10,000 arrests.

Prominent pro-democracy figures who have been arrested include activists Joshua Wong and Agnes Chow, as well as media tycoon Jimmy Lai, an outspoken advocate for democracy. Hui was arrested in May over an incident in the Legislative Council in which he dropped a rotten plant and attempted to kick it at the body’s president.

Activists have accused the Hong Kong government and the central Chinese government in Beijing of tightening control over the semi-autonomous territory in response to demands for more democracy. They say authorities are destroying the autonomy promised to the city, a global financial center with greater freedoms than mainland China.
Add Comment