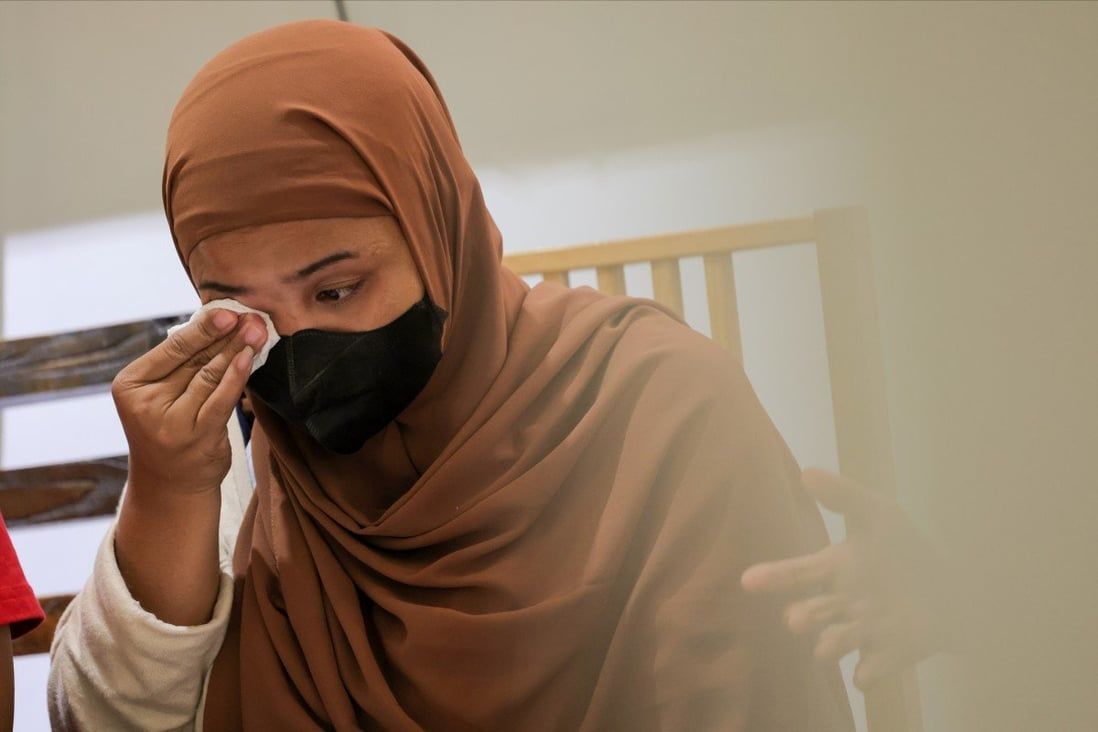 A former domestic helper has sought HK$1.28 million (US$163,058) in damages from a Hong Kong couple for torturing her with bicycle chains and a hot iron over a period of two years a decade ago.

Lawyers for Kartika Puspitasari, 40, submitted to the District Court on Thursday that her previous employers, Tai Chi-wai and Catherine Au Yuk-shan, were liable for compensation on the grounds of causing pain and suffering, a loss of ability to work in certain fields and medical expenses arising from their “cruel” and “vicious” assaults on her.

Kartika was a victim in one of the most high-profile cases of violence against a domestic helper in Hong Kong. 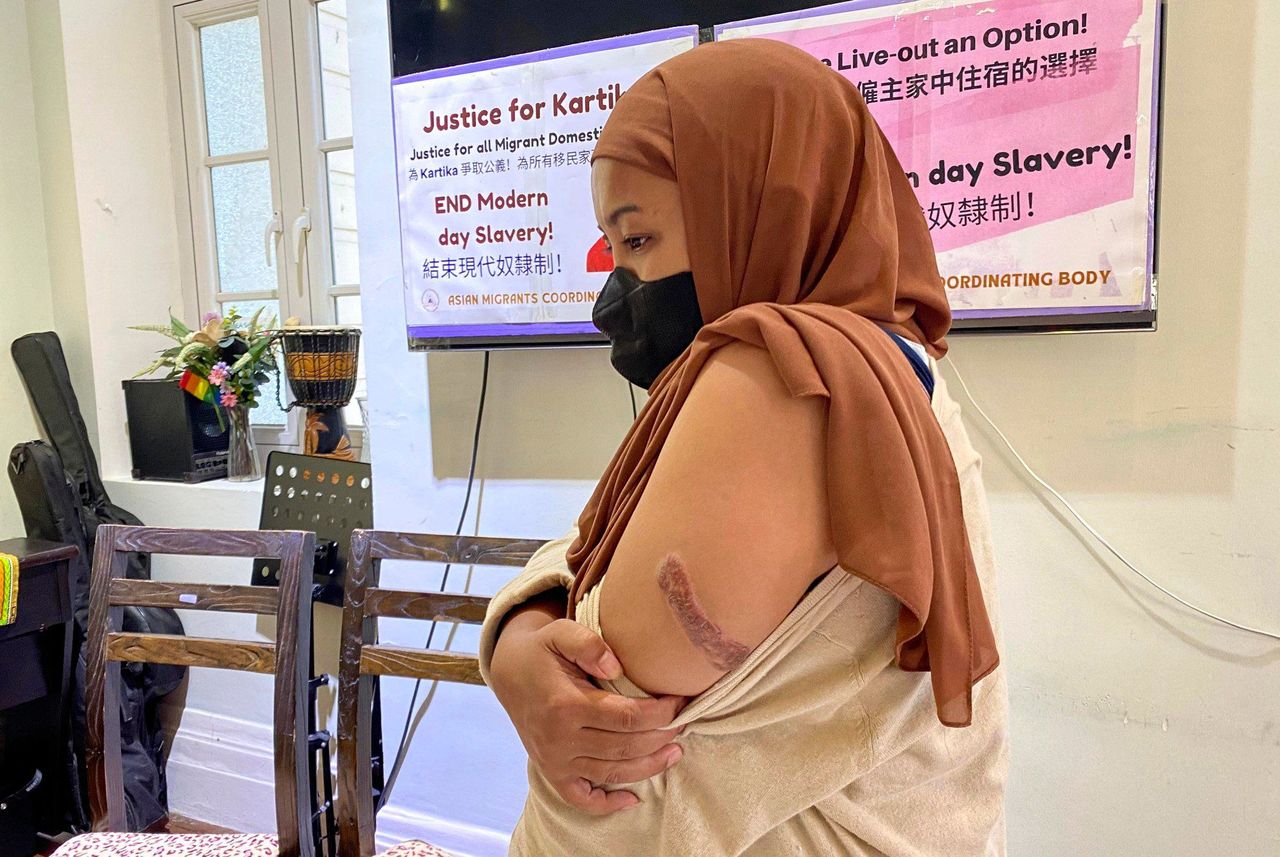 Kartika Puspitasari shows a scar on her arm at a press conference.

She was subject to prolonged abuse at the couple’s two homes in Tai Po between 2010 and 2012, including attacks involving bicycle chains, a hot clothing iron, a paper cutter and a hanger, leaving her with 45 scars over her body.

A deputy district judge said in a 2013 criminal trial that although the former helper had exaggerated parts of her evidence, her injuries were the result of the couple’s attacks instead of self-harm as suggested by the defence.

Tai and Au, who were in their early 40s at the time of the crimes, were jailed for three years and three months and 5½ years, respectively, on charges of wounding with intent and assault occasioning actual bodily harm. The Court of Appeal upheld the sentences in 2014.

Civil judgments were entered against Tai and Au in 2017 and 2019, respectively, where they were ordered to offer compensation to Kartika for her suffering, but the couple did not appear in court or engage a lawyer in the civil proceedings.

A hearing to assess damages was initially slated for 2020, but was adjourned until Thursday due to Covid-19 travel restrictions. 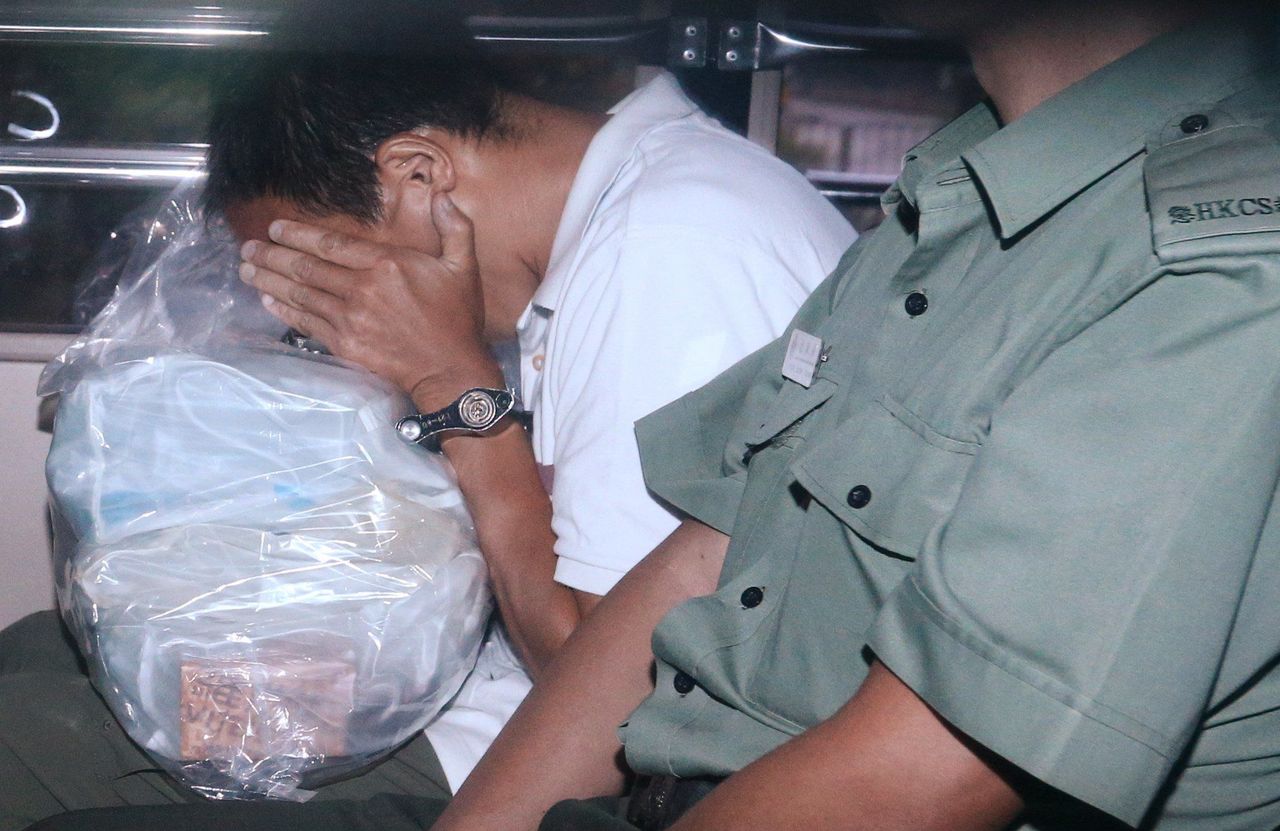 The court heard Kartika, who is now jobless and lives with her husband and two children in her native Indonesia, was still required to undergo surgeries and receive steroid injections.

Counsel for the plaintiff, Percy Yue Pui-sze, said Kartika could no longer work amid high temperatures, such as inside a kitchen, and had a lower chance of securing employment as a saleswoman or a teacher.

Yue demanded that the couple pay HK$930,000 in damages after part of the amount claimed was settled by Kartika’s insurer.

Master Catherine Cheng Kam-lin will deliver her ruling on December 15.

After Thursday’s court session, a tearful Kartika said she still felt the trauma of the couple’s abuse to this day, often having nightmares and trembling upon seeing people who resembled her assailants. She said she still had scars on her body.

“I feel that the punishment against the two employers is disproportionate to the inhumane torture and abuse they inflicted on me. But I respect that because it is the Hong Kong government’s rule,” she said. “I can only hope that no more migrant domestic workers suffer the same fate as me.”

Eni Lestari, spokeswoman of the Asian Migrants’ Coordinating Body-International Migrants Alliance Hong Kong and Macau, said Kartika’s case and that of her compatriot, Erwiana Sulistyaningsih – who made global headlines years ago after being assaulted by her Hong Kong employer – were not isolated, as she urged the government to put an end to the mistreatment of helpers.