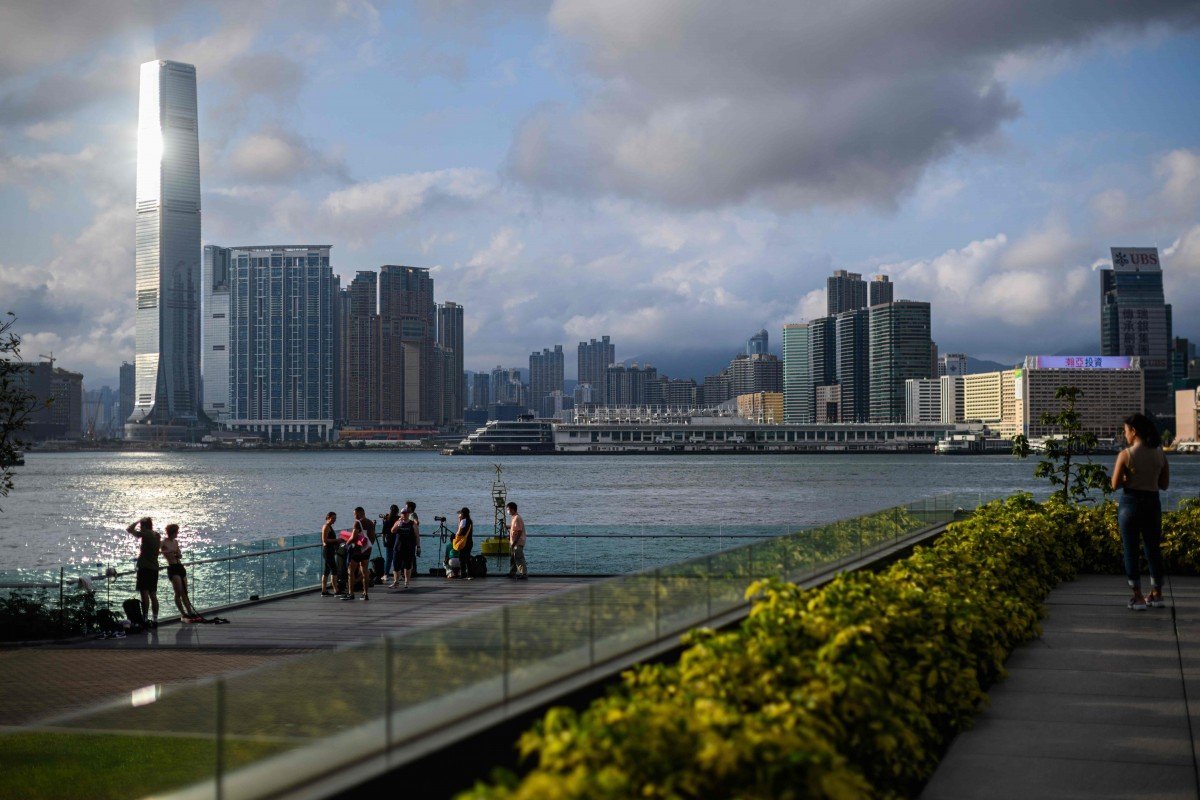 Even with protests, recession and coronavirus, Hong Kong is a better bet than Singapore

The singular advantage Singapore has over Hong Kong is affordable public housing. On all other fronts, Singapore is no better than Hong Kong. Even in the fight against Covid-19, Singapore is far behind Hong Kong

The lingering anti-government protests and Covid-19 pandemic have generated panic among some people and corporations in Hong Kong, who are weighing the pros and cons of staying in the city.

The economy has gone into a tailspin, after protests that started peacefully in March last year turned violent in June. By August, Chief Executive Carrie Lam Cheng Yuet-ngor was already describing the economic downturn as worse than that caused by the severe acute respiratory syndrome epidemic in 2003. The coronavirus outbreak that hit this city four months ago has only deepened the crisis.

Given this state of flux in Hong Kong, Singapore appears to be an affordable safe haven beyond the reach of Beijing. I am reminded of similar arguments heard before the Hong Kong handover in 1997.

Pre-1997 Hong Kong was a borrowed place on borrowed time. Most Hongkongers, as well expats who came to work or do business, knew it. They were concerned about a security net. That is why Hongkongers who could afford to hold foreign passports went for it. A significant number of Hong Kong families thus secured foreign citizenship. Many hold Singapore passports or are permanent residents.

Now, I find myself repeating what I said back then. I believe this is the time for Hong Kong policymakers to do what is needed to shore up public confidence in “Asia’s World City”. The singular advantage Singapore has over Hong Kong is real estate. This is where urgent action is needed.

On all other fronts, Singapore is no better than Hong Kong. Even in the fight against Covid-19, Singapore is far behind Hong Kong, which is another reason why I’d take Hong Kong over Singapore any day.

Singapore was held up as the gold standard for virus containment, but that has proved to be hollow. The pandemic has exposed the cramped and dirty dormitories provided to migrant workers in Singapore, which enabled Covid-19 to breed and spread rapidly.

According to data from Johns Hopkins University, Singapore has more than 29,000 coronavirus cases, the greatest number in Southeast Asia. In comparison, Hong Kong has around 1,060 cases. As for deaths, Singapore has recorded 23 and Hong Kong, four.

Laying aside Covid-19, let’s take a closer look at the political and economic fronts. Of course, Singapore is an independent country, which Hong Kong is not. But Singapore, like China, is effectively a one-party state.

Although Hong Kong is only a special administrative region of China, its elections for chief executive, legislators and district councillors are held regularly on set dates. In Singapore, an opaque political system allows the People’s Action Party (PAP), in power since independence in 1965, to call a snap election at will sometime before April 2021, and probably at a time when the party is certain of overwhelming re-election.

The newly formed Progress Singapore Party – backed by Lee Hsien Yang, the estranged brother of the current prime minister, Lee Hsien Loong – will be one of the few opposition parties hopelessly challenging the PAP.

On the economic front, Singapore and Hong Kong, both regional trade and finance hubs, have been hammered by the United States’ trade war with China – Singapore more so than Hong Kong, because of its over-reliance on global trade and its port facilities, which are a major bridge between Asia and the West.

Hong Kong is gradually being integrated into the Greater Bay Area, an economic region that will also include Guangzhou, Shenzhen, Zhuhai, Foshan, Dongguan and Macau, offering everyone in Hong Kong a larger and brighter horizon.

Coupled with the fact that the Hong Kong bourse is a top global performer – where even Singapore companies seek listing – it is hard to see how Singapore can claim a brighter economic future than Hong Kong.

Hongkongers fight to preserve their civic rights, something Singaporeans have never done. Hongkongers demand democratic accountability: a government elected by the people that is responsive and accountable.

Hong Kong’s youth are understandably less content than their peers in Singapore because they are unable to afford comfortable dwellings. The average living space of a Hong Kong resident is 170 sq ft, not much bigger than a parking space, and the purchase of housing carries a lifelong debt sentence. Singapore, on the other hand, builds family-friendly flats that can be bought through a housing scheme.

Housing is surely the leading cause of young people’s disaffection, which fuels the anti-government protests and forces people to consider leaving their homeland. However, this is not a complicated issue to resolve. The government must shake off the shackles of real estate tycoons who have a stranglehold on public housing policy.

Hong Kong, like Singapore, must formulate a housing programme to get roofs over the heads of the middle class, and let the rich seeking luxury accommodation or dabbling in speculation be exposed to the vagaries of the open market. Turning an estimated 720 hectares of unused brownfield into public housing is a good starting point.