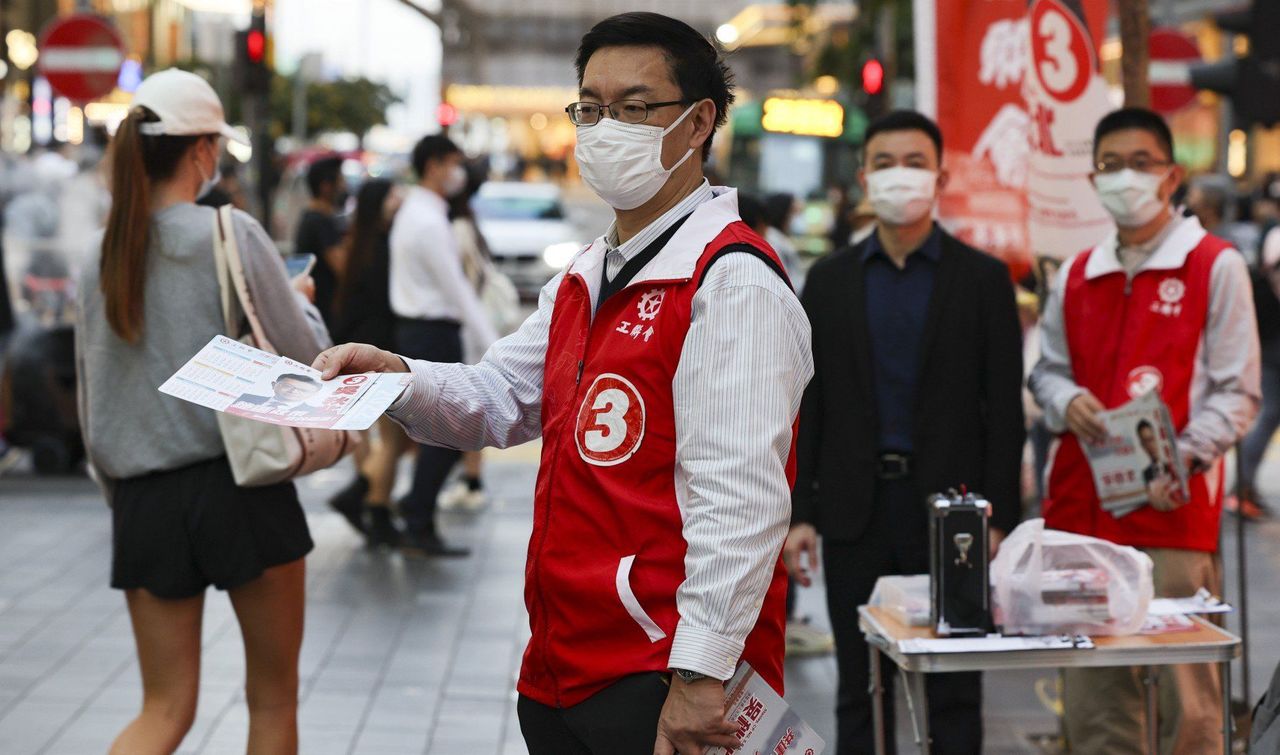 Even with a lacklustre election, a huge to-do list awaits Legco winners

Regardless of public enthusiasm for the poll, in the absence of disruptions to Legco proceedings, newly elected lawmakers will be expected to solve some of Hong Kong’s most intractable problems, starting with housing.
Hong Kong should be in the grip of election fever. The “improved” electoral system put in place by Beijing will ensure, we have been told, that the city can finally get done what the broken process before would not allow.

But, even though voting for the Legislative Council election is just days away, I don’t feel excitement in the air. There aren’t any heated discussions on the streets or in the media of the virtues of the various candidates and whether the platform of one is better than the other. I’m assuming that’s because only patriots are allowed to stand and that, regardless of who wins, a rosy future has been promised for the city.

That is, at least, the message officials are bombarding us with. They have stressed the significance of Sunday’s election and that it is important we all vote. But this is a poll like none other I’ve experienced. There aren’t people lining up to interact with candidates and I really couldn’t tell whether one is better than the other based on their campaigning.

Previous polls appeared to offer greater diversity of opinion – understandable, given that we don’t all think alike. We vote for the candidate who best represents us.

Without adequate choice, measures on offer to mobilise voters, like free public transport, will be in vain. The atmosphere may have been dampened by a belief among some people that the poll is a sham.

All those standing for election have gone through a vetting process to determine if they are patriots who love the country and aren’t a threat to national security.

Although none have been barred on those grounds, hundreds of people, many of them former lawmakers or political figures from the democratic camp, are in jail or face charges for alleged violation of national security laws.

Electoral legislation was swiftly updated in May, making it a crime to incite others not to vote or to cast an invalid ballot during the election period. At least six people have so far been arrested and, if convicted, they face up to three years in jail and a fine of HK$200,000 (US$25,700).

For the sake of legitimacy, there is also enormous pressure on candidates and authorities to deliver. After the election, when winners have been chosen and taken their oath of office, we expect them to promptly get done what previous legislatures have failed to do.

There will be no more filibustering or obstruction of the legislative process. Government proposals should receive sincere and earnest scrutiny. When warranted, there should be lively debate.

There is a huge to-do list. With Hong Kong’s massive fiscal reserves and a smooth legislative process, problems that have festered for decades should be alleviated or disappear. Of priority is improving the living conditions of the less well-off in society.

But ridding the city of substandard housing and making homes affordable will be challenging; flats for many represent their life savings and the government has to be careful that the value of flats isn’t dramatically affected by policies, despite property prices being among the highest in the world.

My personal wish list includes better roadside air quality – I’m convinced the rising number of new lung cancer cases are linked to a reluctance by authorities to rid the streets of heavily-polluting buses and trucks. I want a healthier urban environment with more greenery and less noise.

The “smart city” we have been promised for so long has to materialise more promptly lest we fall further behind our neighbours elsewhere in the Greater Bay Area, let alone the rest of the world.

To Beijing and local officials: you have touted an “improved” system of governance. Hong Kong has gone through several years of political trauma followed by a suffocating coronavirus pandemic that shows no sign of abating.

Grand promises have been made and arguments put as to why what has been hastily introduced and implemented is necessary and appropriate. Please don’t disappoint.
#Coronavirus
Add Comment