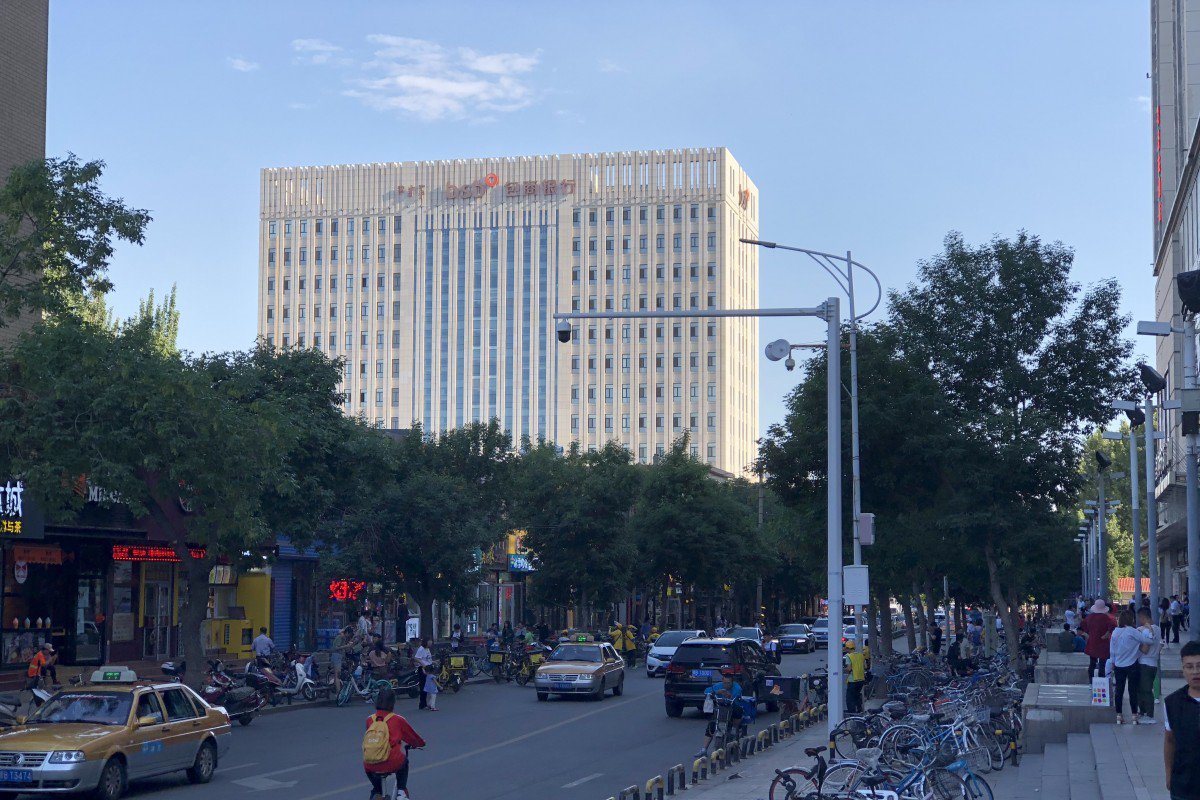 Even at half price, China’s small banks find no buyers at auction

Since May 24, there had been more than 1,400 attempted sales on Taobao of mostly unlisted rural and city bank shares. Even with deep discounts, over half the auctions failed to sell in their first attempt, transaction records show.

Chinese banks are trading at a distressed level in Hong Kong, at an average of 0.6 times their forecast book value

Stocks and bonds of smaller banks – companies that UBS estimated are facing a potential capital shortfall of 2.4 trillion yuan – are struggling to find buyers

On Alibaba Group Holding’s Taobao platform, a Chinese court tried to auction off 1.5 million shares of a rural bank in the eastern Zhejiang province for a starting price of 1.15 million yuan (US$161,000) – about half their appraised value. After three failed attempts over two months, the latest relisting drew only about a thousand views. And not a single bid.

That’s not an isolated case. Since May 24, when the Chinese government stunned the market with its first bank seizure in more than two decades, there have been more than 1,400 attempted sales on Taobao of mostly unlisted rural and city bank shares. Even with deep discounts, over half the auctions failed to attract bidders in their first attempt, transaction records show.

Investors are shunning China’s smaller banks as many contend with a growing pile of soured loans, weaker capital buffers and poor risk management following years of breakneck expansion, often through non-traditional financing. As a result, stocks and bonds issued by smaller banks – companies that UBS Group has estimated are facing a potential capital shortfall of 2.4 trillion yuan – are struggling to find buyers.

“Most banking licenses are no longer valuable,” said Zhang Shuaishuai, a Shanghai-based analyst at China International Capital Corporation (CICC). “With the ongoing deleveraging campaign, fiercer competition and tougher regulatory oversight, some smaller banks are fighting a battle for survival. Investors have no confidence in the healthiness and transparency of their balance sheets.”

The market has been jittery ever since the government took over Inner Mongolia-based Baoshang Bank, a move that led to losses for some institutional creditors. In the aftermath, borrowing costs for lower-rated banks soared, and only subsided once regulators injected tens of billions of dollars into the financial system. In July, authorities orchestrated a rescue for another struggling regional firm, Bank of Jinzhou.

The problems at Baoshang and Jinzhou aren’t isolated issues, Xiaoxi Zhang, an analyst at Gavekal Dragonomics, wrote in a note to investors Thursday. “China is not yet finished dealing with the fallout from small banks’ years of reckless growth,” she said.

Chinese banks are trading at a distressed level in Hong Kong, at an average of 0.6 times their forecast book value. The MSCI China Banks Index, comprised of larger companies, has lost 2 per cent this year, compared with a 1.8 per cent gain for the benchmark Hang Seng Index. Among the country’s smaller banks, the worst performers include Bank of Jinzhou, which has tumbled 58 per cent this year, and Bank of Tianjin, which has dropped by almost a third.

Recent on-site checks at smaller banks by regulators found issues including loans to unqualified borrowers, the hiding of non-performing debt and the acceptance of fake signatures. Officials have also clamped down on stockholders who used borrowed funds to pay for their stakes, forcing fire sales of shares, and tightened rules for new investors.

Used by millions of Chinese to buy everything from clothes and food to electronics at bargain prices, Alibaba’s Taobao e-commerce platform – something of a Chinese version of eBay – has also become a place to unload such assets as bad loans, industrial equipment and even Boeing 747 planes. Taobao translates roughly as “digging for treasure.”

Bank shares up for sale on Taobao are yet another sign of financial distress. Local courts are behind almost all the postings, as they handle investor bankruptcies and try to raise money to pay off creditors. The number of listings on the site this year is up 30 per cent from the same period in 2018.

Jason Bedford, a former UBS analyst who flagged the problems at Baoshang long before it was seized, has put the size of assets “in distress” that are held by a broader universe of Chinese lenders at 9.2 trillion yuan.

Chinese banks face further pressures on profitability, an increase in non-performing loans and a need for additional capital as growth slows. China’s economic expansion may decelerate to 3.6 per cent next year under a hypothetical scenario, according to Fitch Ratings.

Even at an apparent discount, bank shares on Taobao may not be a good deal. In early August, a bidder bought about 3.6 million of Zhongyuan Bank’s Hong Kong-listed shares in a Taobao auction for about 5 million yuan, 19 per cent less than the market price at the time. Based on the latest trading price for the stock, the buyer still overpaid: the shares have plunged 38 per cent since then.

“Investors are having difficulty in assessing the real value of small banks” amid hidden risks such as a sudden drop in their capital-adequacy ratio, said Chen Hao, a Shanghai-based senior analyst of financial supervision at CIB Research. “Their shares are just not attractive.
Add Comment