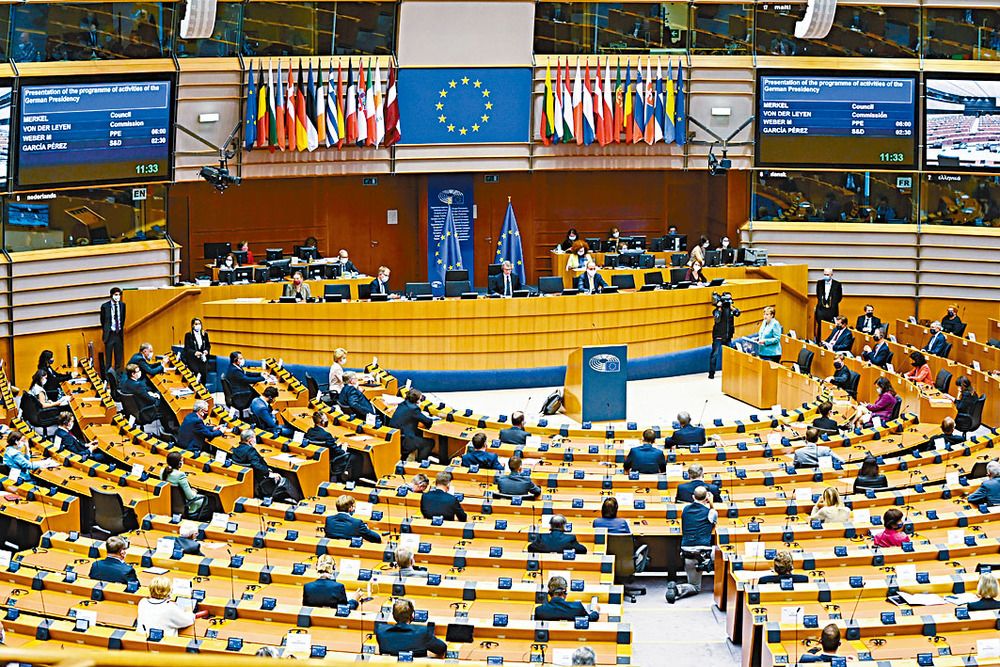 The majority of the Members of the European Parliament on Thursday adopted a resolution against intensified Chinese crackdown on media freedom in Hong Kong.
The resolution was welcomed by an overwhelming majority of 586 votes in favour with only 46 against the motion and 41 abstentions.

The resolution comes after the Beijing-announced National Security Law shrunk freedom of the press in Hong Kong and made human rights groups in the city to work under fear of reprisals.

Noting the shut down of civil groups, including trade unions and legal societies and the departure of Amnesty International from Hong Kong, the European Parliament also "deplored" the impact of Beijing's sweeping National Security Law on Hong Kong, citing closures of independent media outlets.

The resolution condemned in strongest terms the deterioration of the human rights situation in Hong Kong. It mentioned that under the National Security Law, Beijing authorities have imposed heavy restrictions on freedom of expression, freedom of association and press freedom.

In addition, the European lawmakers also appealed to the Chinese authorities to repeal the repressive National Security Law, which was implemented ahead of the Hong Kong elections in 2019.

"MEPs call on the Hong Kong government to release all political prisoners and drop charges against all peaceful protestors arrested in recent years," the resolution added.

MEPs also called, for the first time, for a review of "the EU's support for Hong Kong's seat at the WTO in light of the destruction of the territory's autonomy" under the "one country two systems" model.

The EU resolution is non-binding, meaning no direct action will result from it. Instead, it is seen as a series of recommendations for the European Commission and EU member states.

The Office of the Commissioner of the Chinese Foreign Ministry in the Hong Kong Special Administrative Region on Friday expressed firm opposition to the resolution, saying that politicians should stop political hysteria against China and the HKSAR.

A spokesman of the office condemned the accusations and said measures including the National Security Law and improvement of Hong Kong's electoral system have brought stability and prosperity back to the city, which had plunged in chaos, and put its democratic development back on track.

The Chinese government is the designer, builder, promoter and defender of Hong Kong's democratic system, the spokesman noted.

"In disregard of history and reality, the European Parliament has repeatedly smeared Hong Kong and attacked China under the pretext of so-called 'democracy and freedom' for a publicity stunt," the spokesman said.

"They don't want to see a stable and prosperous Hong Kong and try to whitewash anti-China elements in Hong Kong. They are still daydreaming of using Hong Kong as a bridgehead against China. Their self-deceiving political farce and ill intentions are doomed to fail,” the spokesman added.
Add Comment