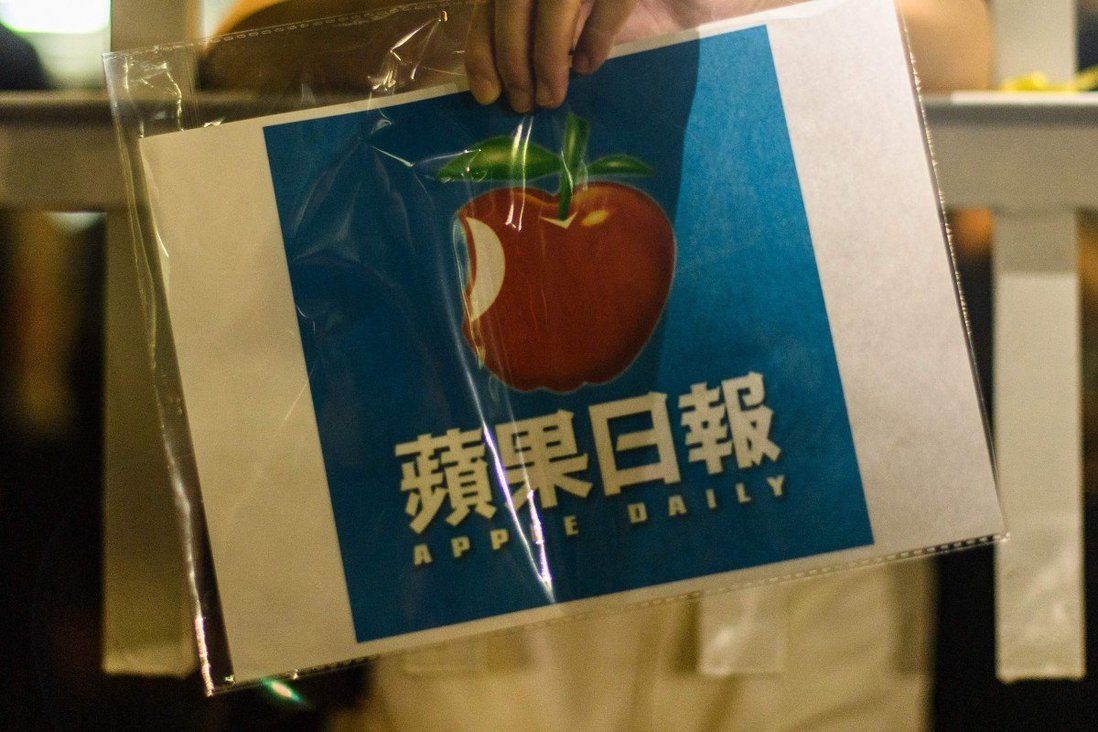 The resolution urged the EU to do more to help Hongkongers affected by the law, including journalists and pro-democracy camp politicians and activists, to settle in the bloc.

The European Parliament has adopted a broad new resolution on Hong Kong, advocating tough measures be taken over the government’s crackdown on the city’s press freedom.

The 28-point resolution passed with broad support in the plenary session in Strasbourg on Thursday, with 578 members of Parliament voting to adopt it and 29 voting against it; 73 abstained.

The vote followed a debate in which a procession of MEPs took aim at Beijing’s tightening of the screw in Hong Kong, particularly in response to the closure of the Apple Daily.

The measures are not binding, but are a set of recommendations to the European Commission and the Council of the European Union based on the prevalent mood in the Parliament, the bloc’s only directly elected major body.

Nor is it at all certain that the European Commission or Council of the European Union will take them on board. Previous calls to action on Hong Kong, including sanctions on top officials, have gone unheeded.

Nonetheless, some MEPs have said that China reneged on its international covenants after breaching the terms of the joint declaration with Britain for the handover of Hong Kong in 1997, and this should be an important factor in any future agreements made between the EU and China.

“China is attacking freedom in Hong Kong, and indeed the Western world in general. It is weakening any relationship we can build with China, including any trade relationship. What about investment with China? Could we have any faith in investments?” said François-Xavier Bellamy, a French member of Parliament in the centre-right European People’s Party.

As reported by the Post on Wednesday, MEPs urged the EU’s organs of power as well as its member states to levy sanctions on leading Hong Kong and mainland Chinese officials involved in the roll out of the national security law in Hong Kong, which they say is “dismantling the city’s freedom”.

They called for both the EU institutions and its 27 member states to decline invitations to attend the Beijing Winter Olympics next year, “unless the Chinese government demonstrates a verifiable improvement” in its human rights record. 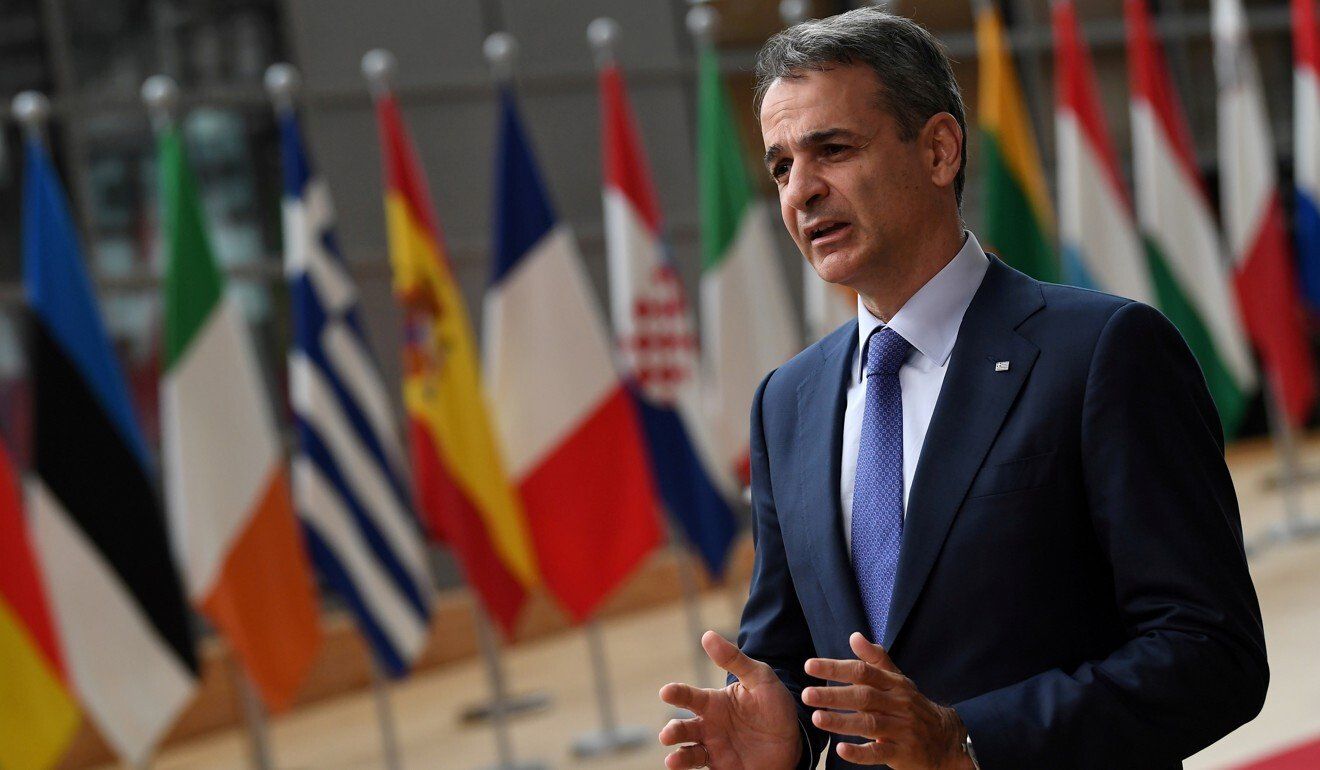 However, this seems unlikely to gain unanimous support across the EU. On Wednesday, the Greek Prime Minister Kyriakos Mitsotakis accepted an invitation from Chinese leader Xi Jinping to attend the Games, according to the official readout of a call from Athens.

The resolution urged the EU to do more to help Hongkongers affected by the law, including journalists and pro-democracy camp politicians and activists, to settle in the bloc.

Among the “lifeboat” measures recommended was to increase the number of opportunities within the Erasmus programme for Hong Kong students and graduates, and to issue emergency travel documents for journalists in Hong Kong “who are at risk of arrest under the national security law”.

The Chinese mission to the EU described the resolution as “a blatant violation of basic norms governing international relations and the spirit of rule of law and a gross interference in China’s internal affairs”.

“China firmly opposes the politicisation of sports. Politically-driven attempts to disrupt, obstruct and sabotage the preparation and holding of the Beijing Winter Olympics are extremely irresponsible. It is only athletes and the international Olympic movement that will bear the cost,” a spokesman said.

Addressing the debate on behalf of the European Commission, commissioner for financial stability Mairead McGuinness described the national security law as “draconian” and the closure of Apple Daily as “just the latest step in a severe political deterioration”.

“We will also intensify our response through increasing support to civil society, including those outside Hong Kong and the media, promoting freedom of expression, facilitating mobility, as well as ensuring observation of the trials of pro democracy activists,” McGuinness said. “The EU office, EU member states and other like minded missions are systematically monitoring court proceedings.”

She rejected China’s claims that the EU was “interfering” in its domestic affairs, saying: “What is happening in Hong Kong constitutes a breach of international commitments, in particular of the Sino-British Joint Declaration, which was registered with the UN as an international treaty.”

Other tenets of the resolution include condemnation of European banks who have been “complicit” in the imposition of the national security law by “freezing the assets and bank accounts belonging to former pro-democracy lawmakers”. It calls on the EU to evaluate the involvement of these institutions. 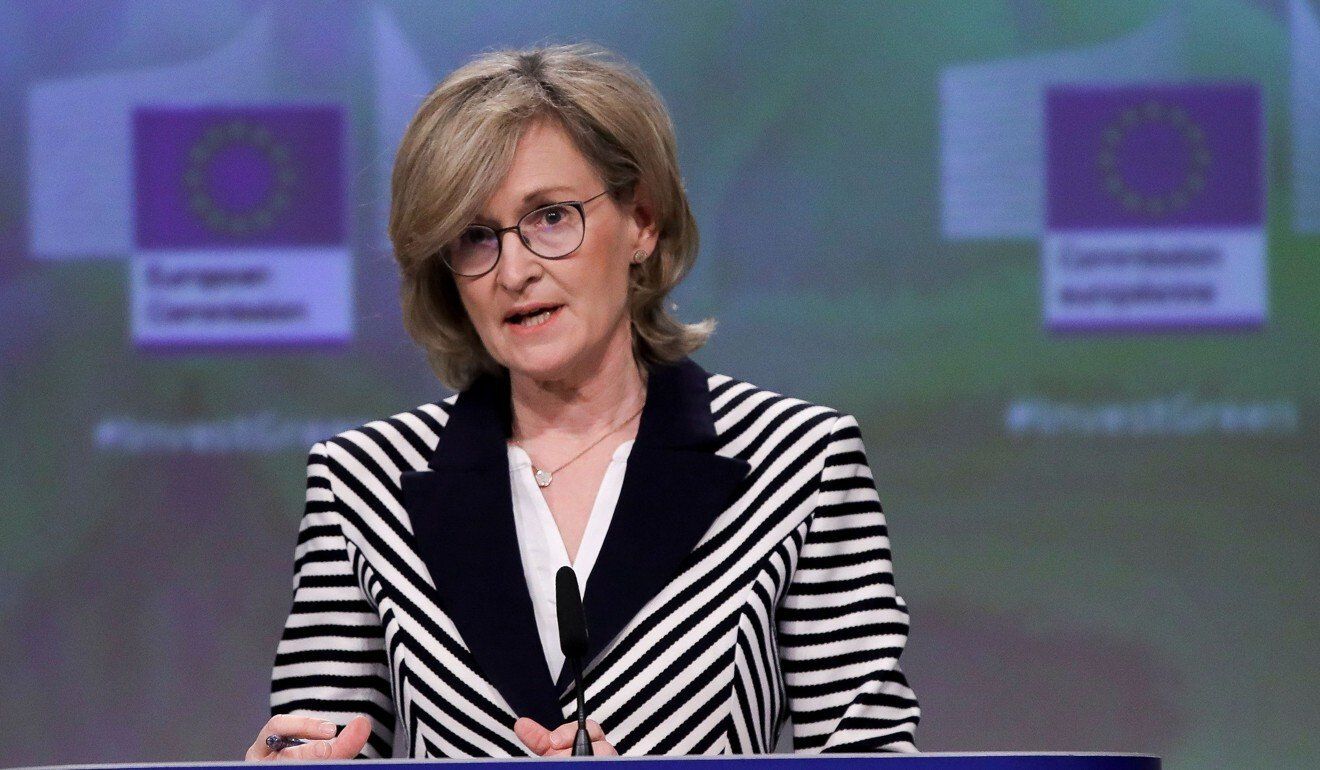 Amid concerns that the law is being used to remove books from libraries and shops, it calls on the EU to assist “with the archiving, publicising, documenting human rights violations, and to counteract the [People’s Republic of China] by making books banned in Hong Kong widely available online”.

It also recommends the EU to lobby the United Nations for the appointment of a special envoy for Hong Kong, and that July 1 be designated as a “‘Stand with Hong Kong Day’ in order to annually raise the awareness of the European public on the situation of Hong Kong”.

Of those opposing the resolution, two addressed the debate. Thierry Mariani, a former French cabinet minister now aligned with the far-right Identity and Democracy Group, said the EU should “not be dragged into another Cold War” by the United States.

“I am realistic that EU has no influence in Hong Kong. Our nations have no interest in adopting warlike rhetoric against China, as it’s already happening in some statements. We’ve got to open our eyes and seek our way forward, seek Europe’s interests between the adversity reigning between China and the US,” he said.

Spanish communist MEP Manuel Pineda added that the EU should “stop subordinating ourselves to the US and relate to other countries on the basis of cooperation, respect for sovereignty and mutual benefit”.