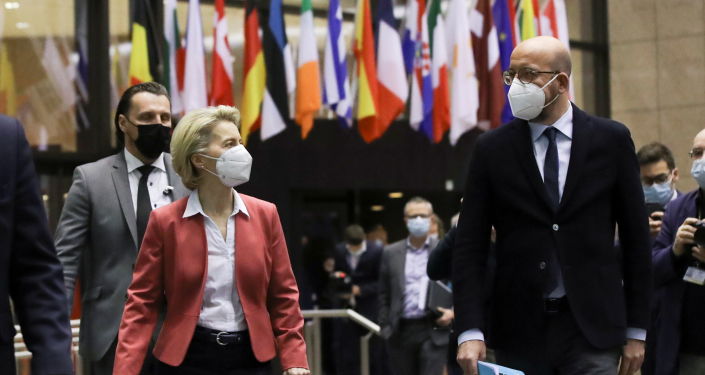 Luc Rivet - As the first day of the online summit of the European Council members ends on Thursday, the most daunting current topic, the immunization campaign against the coronavirus, continues to loom large.

Thursday was dedicated to COVID-19 and revolved around the sluggish vaccination campaign and the ways to jumpstart it, while on Friday the council will discuss the the issues of defense and cooperation with the bloc's Mediterranean members, and will be joined by NATO Secretary General Jens Stoltenberg.

On Thursday, the heads of state and governments agreed to speed up the authorization, production and distribution of vaccines against the coronavirus. The EU leaders stressed that manufacturing companies must also ensure the predictability of the production and supply of vaccines. European leaders also spoke in favor of the need to expand opportunities for the early detection and control of new variants of the coronavirus. 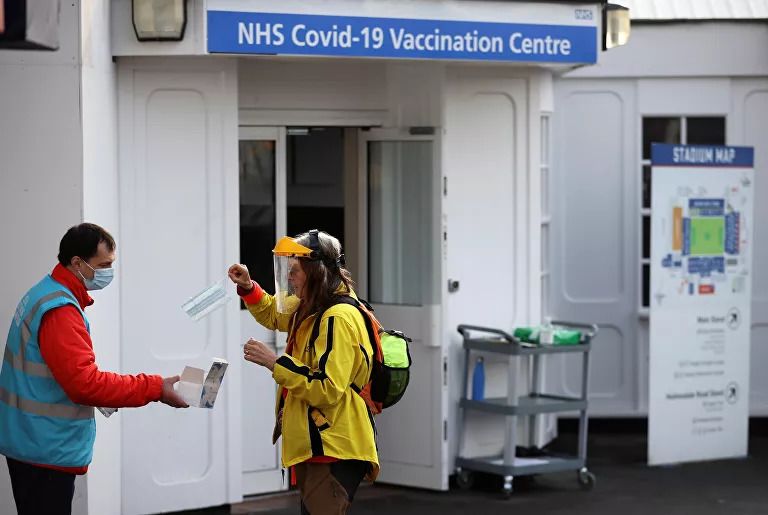 A woman is given a protective face mask as she waits to receive the COVID-19 vaccine at Crystal Palace Football Club Vaccination Centre, amid the outbreak of the coronavirus disease (COVID-19) in London, Britain February 4, 2021.

The keyword is coordination as the EU is desperately trying to get past the cacophony of repeated excuses for the inaction, delays and errors of Brussels in dealing with the pandemic.

"Our fight against the COVID-19 pandemic continues. It remains challenging due to the emergence of new variants and the need to strike the right balance between restrictions and the smooth flow of goods and services in the single market," European Council President Charles Michel wrote in the invitation letter.

Vaccination and Its Discontents

Vaccination is still a sore topic for the EU leadership, which has been promising a lot but never quite living up to its promises over the last few months. At this point when major European countries are starting to wonder if they should not look elsewhere for getting more shipments of vaccines for their failing vaccination campaigns.

"[Prime Minister] Boris Johnson can already speak in detail of the end of the lockdown in the UK at the end of June, while Europe will still be struggling to vaccinate at that time. We can only hope that more vaccines will soon be available and that the EMA will finally have understood that they need to set up an emergency procedure," he confirmed to Sputnik.

Another issue is the allocation of vaccines, with some countries not taking their share and creating surpluses used by others.

"Actually, member states of the European Union are or were not obliged to claim their allocated share, many did not and that creates surpluses, which other member states can then obtain. Denmark did so eagerly, it seems. Germany, the Netherlands and France have also already applied for surpluses. You want to receive more vaccines? Well, order more!" the diplomat stated.

This is confirmed by Marc Van Ranst, a virologist and professor at the KU Leuven university.

"The distribution key is based on the number of inhabitants, and yet Denmark with fewer inhabitants received over a third more vaccines per head than Belgium as revealed by the Standaard newspaper. This is because the Danes also ordered 2.5 times more vaccines than Belgians in relation to the population," the expert told Sputnik.

Apart from vaccination, another pressing issue on the European Council agenda is so-called vaccine passports, as well as the problem of these uncoordinated movement restrictions.

The official EU position and recommendation is not to forbid all air and land travel, but only to "strongly discourage" citizens to travel; except for serious or emergency reasons. 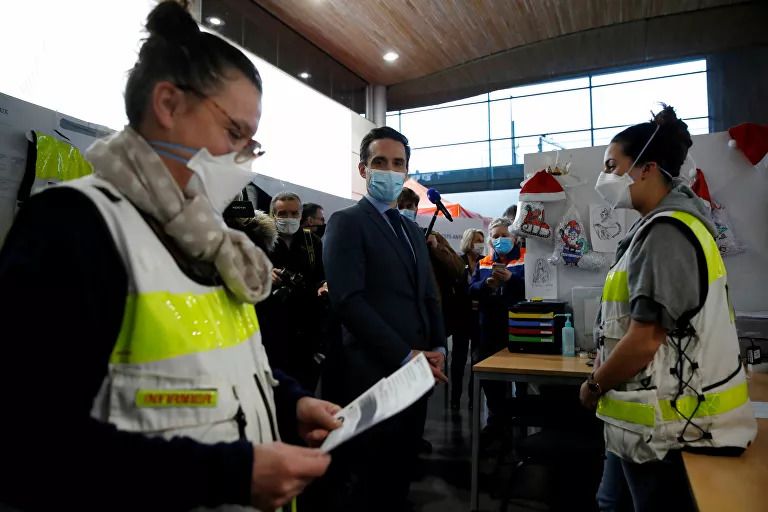 French Junior Transport Minister Jean-Baptiste Djebbari talks with medical workers in a COVID-19 testing centre during a visit on police measures and sanitary checks at Paris Charles de Gaulle airport in Roissy near Paris as France closed borders to travelers outside European Union due to restrictions against the spread of the coronavirus disease (COVID-19) in France, February 5, 2021

Nevertheless, some countries, such as Germany or Belgium have gone further. Belgium, for example, outright forbids its citizens to travel, except for emergency issues. This has prompted a response from the European Commission, which earlier in the week gave Belgium 10 days to justify the measure.

"The coordination is complicated because, for the leaders, the priority is to protect their population. We expect animated discussions," a senior European official told Sputnik.

Meanwhile, airlines have stated that they would demand from travelers on their planes to produce some kind of vaccine passport. Some member states are in favor and intend to enlarge the scope of the vaccine passport making it mandatory to enter cinemas, theaters or even restaurants, for example.

Others, such as France or Belgium declare that it is much too early to discuss that, proposing to wait until 70 percent of the adult population is vaccinated. Since these countries currently hover at about 4 percent, the vaccine passport will likely have to wait for next autumn or even winter.

As the vaccination-related issues refuse to go away the European Council members certainly have enough to talk about.