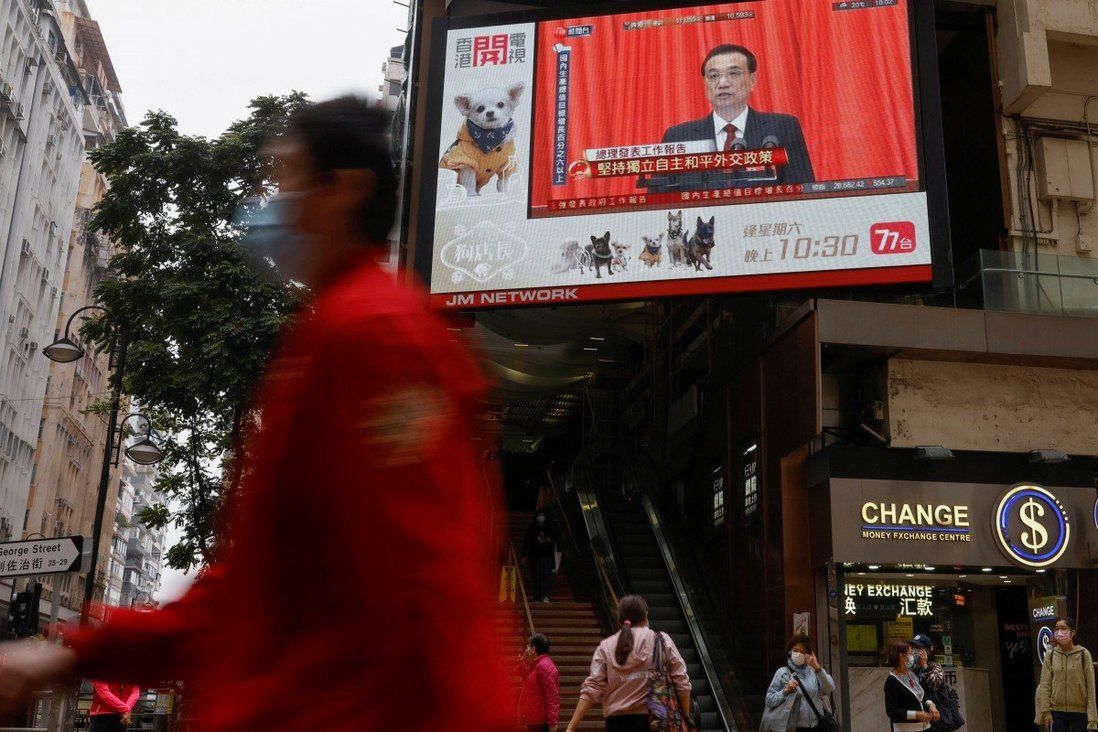 The European Union has called on Beijing to “carefully consider the political and economic implications of any decision to reform the electoral system of Hong Kong”, warning it is “ready to take additional steps in response to any further serious deterioration of political freedoms and human rights” in the city.

The EU was responding to a vow by Chinese leaders to reform the electoral system to “deter external forces’ interference in the affairs of Hong Kong and Macau” on Friday, the first day of the National People’s Congress (NPC) – the most important annual event in China’s political calendar.

“The risks in the system need to be removed, and a democratic electoral system with Hong Kong characteristics needs to be established,” said NPC Standing Committee vice-chairman Wang Chen.

While the exact measures to be taken will not be made clear until next week, the South China Morning Post earlier reported that the Legislative Council will add 20 additional lawmakers, taken from the Election Committee that selects the city’s chief executive. The committee itself may add another 300 voters to become a 1,500-member outfit.

A second successive postponement of the Legco elections is also expected, with pandemic-delayed polls from 2020 now set to be deferred to September 2022.

“If enacted, such reform would have potentially far-reaching negative consequences for democratic principles and democratically elected representatives in Hong Kong,” the EU statement read.

“It would also run counter to previous electoral reforms in Hong Kong and renege on the commitments enshrined in Articles 45 and 68 of the Basic Law to introduce universal suffrage in the elections of the Chief Executive and Legislative Council.

“The EU calls on the authorities in Beijing to carefully consider the political and economic implications of any decision to reform the electoral system of Hong Kong that would undermine fundamental freedoms, political pluralism and democratic principles.”

The NPC opened after another week of political turmoil in the city, with 47 former opposition lawmakers and activists charged with conspiring to subvert state power under Hong Kong’s national security law over their roles in an unofficial primary run-off election that authorities linked to a plot to overthrow the government.

Marathon court hearings took place over the course of the week, with European diplomats present in or outside the court in an effort to monitor proceedings.

Hong Kong has played an outsize role in the EU‘s foreign policy apparatus over recent months, featuring high on the agenda of each of the Foreign Affairs Council (FAC)’s last three meetings.

Following last week‘s FAC meeting, EU High Representative Josep Borrell said the EU would take further steps “in case of further deterioration in the situation, such as aggressive reform of the electoral process in Hong Kong or further erosion of the independence of the judiciary”.

People familiar with discussions said the FAC mulled recommending Hong Kong be added to the agenda of the United Nations Security Council, the five permanent members of which are Britain, China, France, Russia and the United States. The US currently holds the monthly presidency, but with China set to be president for May, such a move would surely be opposed by Beijing.

The EU also considered sending a human rights delegation to Hong Kong, while there are also proposals to increase engagement with civil groups outside Hong Kong, given the number of activists and opposition politicians who have gone into exile.

China watching members of the European Parliament (MEPs) called on Brussels to be firmer in actions taken on Hong Kong, an issue which is high on news agendas across the bloc.

Reinhard Butikofer, head of the European Parliament‘s delegation on China, called for the EU to use its newly-created global human rights sanctions regime, which was used for the first time this week to sanction Russian officials over the poisoning of Kremlin critic Alexei Navalny.

“If we muster the courage to apply that mechanism against the atrocities that are being reported from Russia, why would we refrain from also applying the same kind of mechanism to the cases of Xinjiang and Hong Kong?” he said.

Miriam Lexmann, a Slovakian MEP and co-chair of the Interparliamentary Alliance on China, a hardline grouping which is quickly adding members throughout the West, called on the EU to fully implement the conclusions it announced in July 2020, including a lifeboat scheme that would make it easier for Hongkongers to relocate to EU member states.

“There must also be clear consequences in the form of individual sanctions,” Lexmann said, adding that the parliament was limited in what it could do, with the decision-making power resting with the Council of the EU.

Privately, however, many European diplomats think there is little Brussels can do to slow the perceived erosion of democracy in Hong Kong. They grumble that they have lost meaningful access to decision makers in Hong Kong, who either refuse to meet or, if they do, increasingly stick to strict talking points, rather than engage in “true dialogue”.

Meanwhile diplomats are asked to continue engaging with “civil society” on the ground, many members of which have fled the city. Many of those who remain are afraid to speak to foreign diplomats for fear of being perceived to be colluding with foreign forces.

“How can we change what is happening in Hong Kong? Not by shooting at every event that happens. We work with measured diplomacy in Europe,” said one.

A common thread among European officials is about carefully managing its messaging on Hong Kong so as not to give locals false hope. American flags were a common sight at protests over recent years, with some anti-government demonstrators holding former US President Donald Trump in high regard, because he was perceived to have taken a hardline approach to China.

But many European officials warned against this sort of “saviour complex”, asserting that while Trump was vocal on Hong Kong, he achieved very little. “How far should we nourish this hope of young people that the West can save Hong Kong, is it helpful or not?” said one official, who did not wish to be named.

Speaking to the NPC on Friday, Premier Li Keqiang vowed to “resolutely guard against and deter external forces’ interference in the affairs of Hong Kong and Macau”.

“We will support both regions as they grow their economies and improve people’s lives, so as to maintain the long-term prosperity and stability of Hong Kong and Macau,” he said.